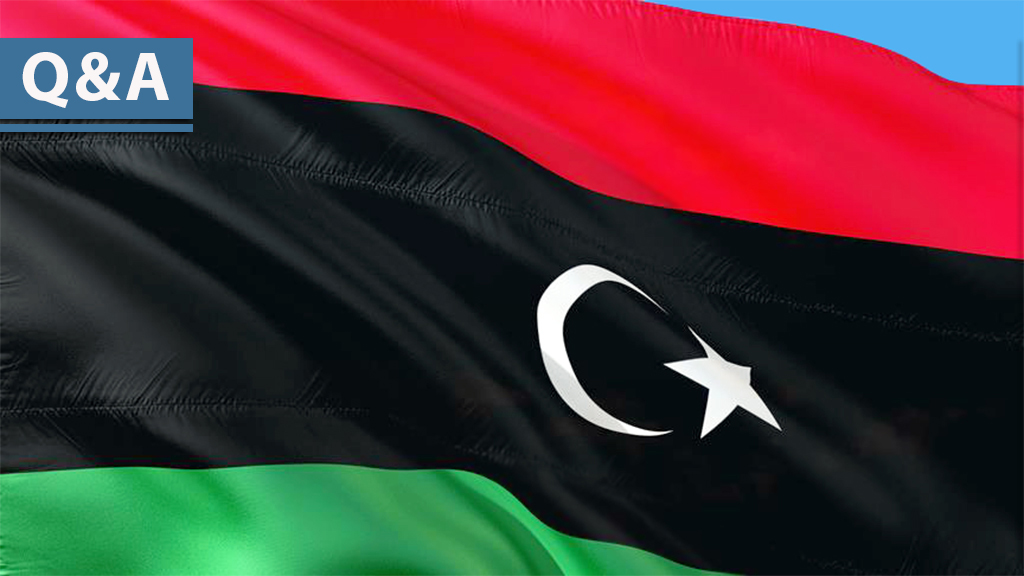 5 Questions: The Palermo Conference and the Future of the Crisis in Libya

Why did the Turkish delegation withdraw from the Conference on Libya held in Palermo, Italy?

The Turkish delegation, led by Vice President Fuat Oktay, for the International Conference on Libya in Palermo, Italy withdrew from the conference due to certain unfruitful developments. Prior to the official conference, a narrowed meeting was held with the participation of Italian Prime Minister Giuseppe Conte; Egyptian President Abdel Fattah El Sisi; Chairman of the Presidential Council for Libya Fayez Mustafa Al Sarraj; Russian Prime Minister Dimitry Medvedev; French Foreign Minister Jean Yves Le Drian; Tunisian President Beji Caid Essebsi; Ret. Gen. Khalifa Haftar; Algerian Foreign Minister Abdelkader Messahel; and United Nation Special Envoy for Libya Ghassan Salamé. Turkey, however, was not informed about the meeting nor was it invited to participate. The Italian Prime Minister announced the narrowed meeting through his social media account as the “Actors of the Mediterranean Region Came Together for Libya.” That worsened the situation. After such an announcement, any explanation about why Turkey, one of the key actors in the Mediterranean, was not present at the meeting remains futile. “This will worsen the situation in the Mediterranean region,” said Oktay pointing to the fact that stability in the Mediterranean cannot be achieved without Turkey.

What is Turkey’s position on the Libyan crisis?

Turkey has preferred to act in line with the international community concerning the situation in Libya, a country that was drifted into a crisis following a coup d’état by Khalifa Haftar in May 2014. The conference on Libya held in Palermo was the last of many initiatives taken since the beginning of the crisis in the country. To end the escalating internal strife in Libya in the midst of 2014, the UN launched negotiations at the end of that year. Talks continued in the Moroccan city of Skhirat and representatives of the parties in conflict signed the Libyan Political Agreement (LPA) at the Ministerial Meeting for Libya, in Rome, in late 2015. Although the LPA was endorsed by all international actors for Libya, a regional bloc led by the United Arab Emirates (UAE) – with Egypt playing an active role – prevented the adoption of the LPA.

The UN affirmed all institutions constituted through the LPA as legitimate authorities, but neither the UN nor the international community adopted a clear-cut position against Khalifa Haftar, who did not recognize any political decisions issued by the political bodies linked to the LPA. To overcome the problems in the implementation of the LPA, two meetings were held in Paris under the leadership of the French President Emmanuel Macron. Although he obstructed the enforcement of the agreement, Khalifa Haftar was also invited to the meetings; however, any efforts to convince him to accept the LPA have failed. Salamé, the latest UN special envoy for Libya, announced a road map to overcome all the problems related to the LPA, but was unsuccessful in bringing the road map to life. The summit on Libya in Palermo aimed to solve all problems associated with the LPA; however, a narrowed meeting with the exclusion of Turkey made this conference meaningless.

What is at the source of the Libyan crisis?

The regional bloc driven by the UAE is at the source of the crisis in Palermo and of the problems related to the LPA’s implementation. The UAE uses every means available to build a political order in Libya consonant with its own vision, and guides its allies in this direction. The Abdel Fattah El Sisi regime in Egypt and the Crown Prince of Saudi Arabia Mohammed Bin Salman are the embodiment of the UAE’s quest for a regional order. This bloc strives to apply the same scenario in different forms in Libya, Tunisia, and Yemen. Simply put, Libya is not just Libya, but also one of the stepping stones through which the UAE campaigns for building a new regional order.

Egypt under the Sisi regime, nourished by this clique, is one of the most effective actors of this regional bloc when it comes to Libya, and provides military and logistic support to Khalifa Haftar in the east of Libya. On the other side, Saudi Arabia, under the influence of Mohammed Bin Salman, organizes Madkhalizm – a radical interpretation of Salafism – in the interest of Khalifa Haftar in the east and the west of Libya.

As Madhkali Salafis intertwine with armed units of the security sector and act in favor of the UAE-Saudi Arabia, they use mosques, radio stations and television channels as a means for propaganda while trying to build a social base for themselves.

Elsewhere, Haftar’s soldiers are trained by Jordan. Furthermore, the UAE intends to empowerpolitical figures close to its political line; this is achieved by backing up political personae gratae countrywide and various local actors in their own boroughs who are close to its political line. The UAE uses the global access network – including its connections in France – to help the coup plotter Haftar gain legitimacy, and carries out operations in the region by using people such as Mohammed Dahlan. The UAE plots these operations with the assistance of former Western and American intelligence operatives who reside in Abu Dhabi.

The LSA was about to be legitimized, but it became null and void by the manipulation of Haftar and Egypt. Even more so, functions of all bodies resulting from this agreement were nipped in the bud. The Presidential Council of Libya formed under the terms of LSA is not allowed entry into the regions under Haftar’s control. Military and state institutions in the country are either divided between the east and the west of Libya, or duplicated in the east.

Could the Conference on Libya in Palermo be a solution to the crisis?

The view that emerged from the Conference on Libya in Palermo is one of crisis and of no solution. Turkey has reacted because no solution will result from this picture. The international community’s inaction in the face of Haftar and Egypt’s attitude in Italy that led to the exclusion of Turkey from a narrowed meeting symbolizes the status quo in Libya. Meanwhile the international community’s reluctance to speak out against the attitude of Egypt, Haftar, and their patrons in the region, which was beyond any international and official agreements regarding Libya, deepens the crisis in the country.

As the outlines of the Libyan politics are stated in the LPA, Egypt and Haftar challenged the agreement, caused strife in the east and crisis in the west of the country while the stance of the international community tolerates these actors’ fait accompli. The international community has failed to implement the decisions reached and the political frame drawn in the LPA, the Ministerial Meeting in Rome, and the Paris talks on Libya.

The road map Salame presented cannot be put into effect due to Haftar’s impositions. The summit on Libya in Palermo was supposed to be a venue to discuss Egypt and Haftar’s policy of fait accompli on Libya and to find a solution through global accord but unfortunately, the policy of fait accompli in the field was transferred to the conference in Palermo. Thus, the meeting lost meaning and contributed towards moving further away from a solution.

Is a solution possible in Libya?

If Italy, the UN, or any party in an effort to find a solution adapts a decisive position against the illegal interference of the regional actors, only then a solution is possible in Libya.

Actors should be legitimized by local and international consensus and a clear definition of legitimate actors should be drawn in order to prevent illegal actors from blocking a solution. Problems seen in the implementation of the arms embargo on the border of Egypt and Libya that are against Libya, the training of Khalifa Haftar’s soldiers in Jordan, the UAE’s airbases located in the eastern region, and the presence of religious groups acting under the religious authority in Saudi Arabia are the parameters hindering the solution efforts in Libya.

These parameters cultivate political dividedness, institutional fragmentation, religious extremism, a fragmented structure of the security sector, and internal conflict. In accordance with the UN Resolution No. 2259, the Presidential Council of Libya must be endorsed as the country’s only legitimate authority. In this case, without the UN’s approval, it is illegal for any institution or individual to take action. However, almost all of Haftar’s military operations were held without the UN’s permission and approval. The Deputy Minister of Interior appointed by the UN was detained by the military administration, and contrary to the UN approval, plenty of demonstrations continue in Libya. Moreover, the UN failed to impose any sanctions on any of the actors whose legitimacy was not even approved by the UN and who acted without the approval of the latter. The resulting authority confusion leads to instability in the country and, thus, the solution initiatives fail.

US skepticism on crown prince's role in Khashoggi case
Previous

Saudi politics after Khashoggi
Next
Loading...
Loading...
We use cookies to ensure that we give you the best experience on our website. If you continue to use this site we will assume that you are happy with it.Ok