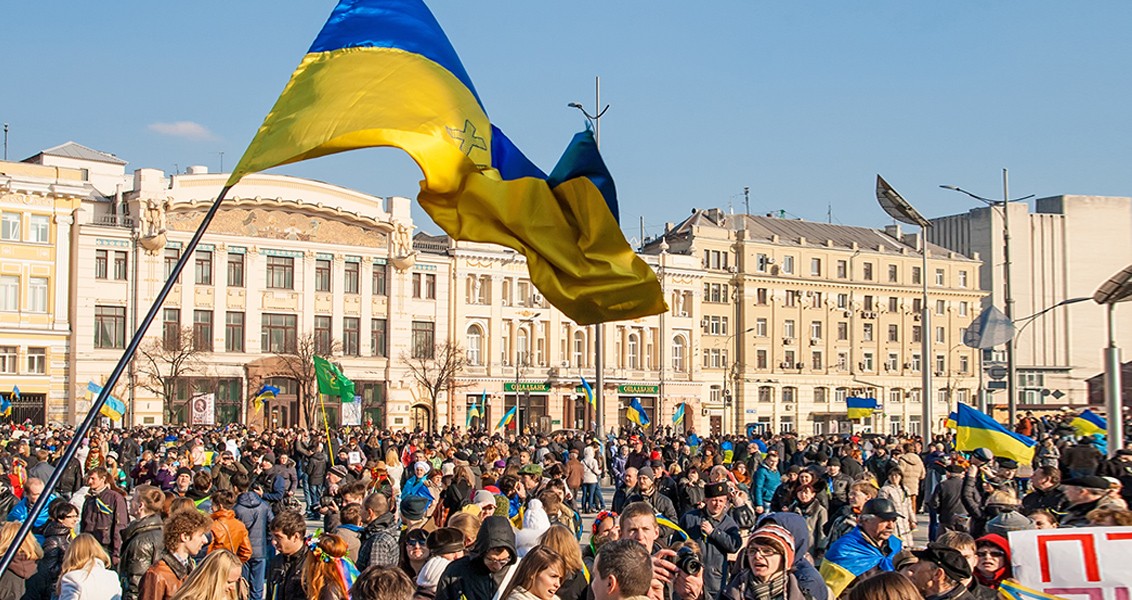 This report aims to highlight the characteristics of hybrid war and the way in which the Russian Federation implemented them in Ukraine between 2014 and 2018.

Shortly after the February 2014 Ukrainian revolution a pro-Western government come to power in Kiev. For the Russian Federation it was clear that its influence in Ukraine and its fleet presence in the Crimean Peninsula were threatened. In this context, Moscow understood that Ukraine would continue its accession steps to the EU and NATO and that it had to intervene to avoid such a scenario.

This report aims to identify the main reasons behind Moscow’s hybrid war against Ukraine. The working hypothesis of the report is that the hybrid war initiated by the Russian Federation against Ukraine aimed to destabilize and split the former Soviet republic in order to prevent its accession to the EU and NATO. On February 27 2014, unidentified armed men linked to the GRU, Russia’s military intelligence apparatus, seized the buildings of the main public institutions in Crimea and raised the Russian flag over them. In less than a week, Russia took control over the peninsula and on March 18, 2014, the Russian Federation annexed Crimea. Despite this, Moscow did not stop here. Starting in March 2014, Moscow encouraged protests among the pro-Russian population in the eastern part of Ukraine in cities like Donetsk, Luhansk, and Harkov. Since May 2014, Russia has used non-state actors in eastern Ukraine to act as its proxies in the war. It has supplied them with money and combat equipment and, thus, they have been able to take control of the Donetsk and Luhansk regions; shortly there after, they declared their independence. At the same time, Moscow started economic, psychological, and cyber warfare on Ukraine and has organized espionage activities on its territory.

This report aims to highlight the characteristics of hybrid war and the way in which the Russian Federation implemented them in Ukraine between 2014 and 2018.

Turkey, US can overcome problems with common understanding
Previous

Analysis: Environmental Terrorism and Arson Attacks on Forests by the PKK
Next
Loading...
Loading...
We use cookies to ensure that we give you the best experience on our website. If you continue to use this site we will assume that you are happy with it.Ok