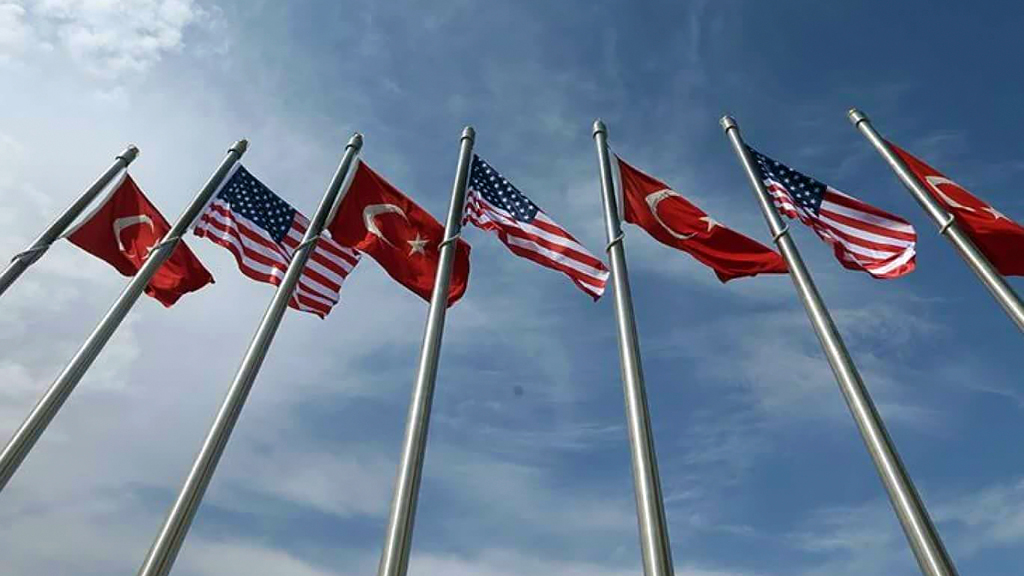 Turkey, US can overcome problems with common understanding

Ankara and Washington should work together to overcome mutual problems and the U.S. needs to respect Turkey's national security concerns, experts said Wednesday.

Ankara and Washington should work together to overcome mutual problems and the U.S. needs to respect Turkey’s national security concerns, experts said Wednesday.

“Turkey is worried about the establishment of a statelet in northern Syria and it says in every platform that the YPG cannot represent the Kurdish people as it has no legitimacy,” Çonkar said.

He added that the YPG committed many war crimes according to reports by international organizations, including arbitrary arrests and executing opponents under territories it holds.

Turkey launched Operation Peace Spring on Oct. 9 to thwart the establishment of a terror corridor that the YPG has attempted to create along its border.

The operation also aims to aid in the safe return of Syrian refugees and ensure Syria’s territorial integrity.

Stressing that Washington’s support to the YPG is an “insult” to the Turkish people, Çonkar said that “all grounds of the two countries’ friendship have been damaged due to the support.”

Speaking at the event, Robert Wexler, a former member of the House of Representatives and head of the Washington-based S. Daniel Abraham Center for Middle East Peace, stated that Turkey and the U.S. can find common ground to develop their cooperation and solve problems.

Turkey has been at loggerheads with the U.S. in recent years due to Ankara’s purchase of the Russian S-400 missile defense system, Washington’s support to the YPG in northern Syria within the context of fighting against Daesh, Washington’s refusal to extradite Gülenist Terror Group (FETÖ) leader Fetullah Gülen and the exclusion of Turkey from the F-35 fighter jet program.

Turkey has argued that using one terrorist group to fight another is illogical. It sees the YPG as an extension of the PKK, which has claimed the lives of more than 40,000 people in its 30-year terror campaign. The U.S., however, while listing the PKK as a terrorist group, opted to continue its militarily support for the terrorist organization by providing truckloads of military supplies and military training under the pretext of fighting Daesh, despite the warnings of its NATO ally.

Meanwhile, Kadir Üstün, the executive director of the Foundation for Political, Economic and Social Research (SETA) D.C., said that Turkey and the U.S. have numerous sticking points, and “some of them are manageable while some are resolvable.”

“Challenges are various, but we should focus on how we reach a win-win solution in situations such as the Eastern Mediterranean, or how we can deal with the Iran issue,” he said.

Report: Russia’s Hybrid War in Ukraine (2014-2018)
Next
Loading...
Loading...
We use cookies to ensure that we give you the best experience on our website. If you continue to use this site we will assume that you are happy with it.Ok