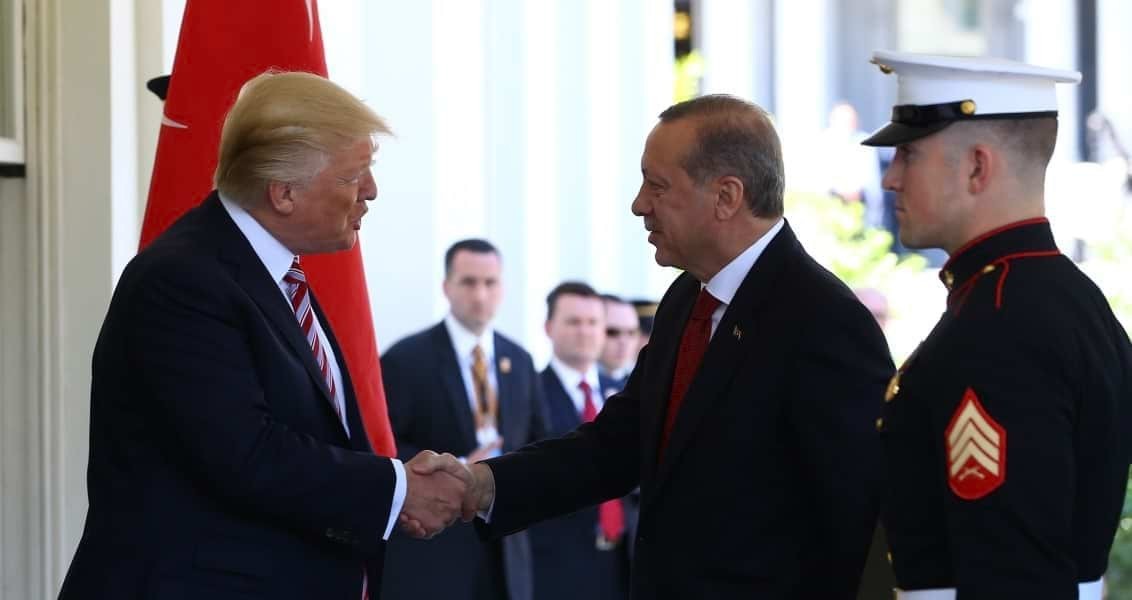 Rational Cooperation Needed Between Turkey and US

Putting aside the past crises, Turkish and U.S. leaders should give a start to a fresh new era in bilateral relations

The meeting between President Recep Tayyip Erdoğan and President Donald Trump on Tuesday was one of the most significant summits in Turkish-American relations.

Although the two countries have important, strong NATO ties and cooperate against Daesh under the umbrella of the international coalition, bilateral relations have suffered important setbacks due mostly to problems in mutual trust in various issues and what the U.S. side preferred to call tactical divergences in Syria.

Especially in the last few months of the Barack Obama administration, relations had become more sour, as President Obama and some members of his foreign policy team openly made statements that harmed bilateral relations, tried to increase efforts to arm the People’s Protection Units (YPG) and failed to show sympathy and understand the urgency of the situation in Turkey following the July 15 coup attempt.

Thus, the end of President Obama’s tenure and the election of Donald Trump were considered a major opportunity for future relations for some analysts in Turkey.

Following several phone calls and warm messages, the two leaders met at the White House for the first time, and the chemistry between them and their statements following their meeting signaled the willingness by both leaders to improve bilateral relations.

First, the two countries could not agree on the Raqqa operation. Turkey once again raised concerns about arming the YPG and the future security threat that this organization can cause for Turkey and for peace and stability in the region.

Moreover, Turkey made it very clear that it will adopt the “rules of engagement” when it feels any threat along its border from this terrorist organization. Thus, they agreed to disagree in regards to the Raqqa operation and arming the YPG.

However, to prevent any fallout from this crisis and to stop the possible escalation of tension between the two countries, they decided to look beyond Raqqa and discuss other issues pertaining to the future stability and security of Syria. Several steps must be taken to reach this goal.

First, the recent PR campaign by CENTCOM in support of YPG units via social media is increasingly upsetting public opinion in Turkey. Starting with the U.S. special envoy to the anti-Daesh coalition Brett McGurk’s visit to Kobani, this crisis is escalating and generating more permanent damage in relations. The U.S. side needs to take careful steps when it concerns relations with a NATO ally.

Second and more substantially, the U.S. military must give a clear explanation concerning how to stop the use of weapons delivered to the YPG against Turkey and how to reclaim weapons and ammunition during this process. It is not clear who will be responsible for retrieving these weapons and the timetable.

Third, it is important to clarify a U.S. road map about future relations with the YPG. Recent statements from some members of the administration described the relations as temporary and tactical, though it has never been clarified what tactical relations mean and how it differs from strategic relations in the context of the conflict in Syria. In addition, it is not clear when operations on the ground stop shaping the strategy of Donald Trump in Syria.

Moreover it is not clear what happens after the Raqqa operation. If the operation is successful, what is the role of the YPG, and who will run the city. It is hard to predict the nature of ethnic relations between YPG units and Sunni Arabs following the Raqqa operation. Many people are concerned that it may trigger another ethnic fault line in the region.

Beyond Raqqa, in addition to the damage control phase, bilateral relations must enter a period of reconstruction and improvement. The two countries need to find new areas of cooperation and common ground in areas of mutual concern.

The operation in Raqqa and the U.S.’s support for the YPG have become a bottleneck for bilateral relations between the two countries. However, there are other threats against the interests of both countries and for the region as a whole.

They have to find ways to deal with these different threats. In particular, with regard to countering terrorism, the two countries need to increase cooperation in intelligence and security. Turkey’s invitation to the summit in Riyadh, Saudi Arabia and Turkey attending the NATO summit demonstrate the significance of Turkey for security in two very important, adjacent regions.

In addition, the two countries must spend more time and effort to improve working relationships in other problematic areas. Natural gas reserves in the Eastern Mediterranean and the potential of increasing economic interaction in the region are just two of these areas. Of course, the rhetoric of the two leaders during their joint statements is important for future relations. However, urgent action by the U.S. is needed to control the damage.

During the Obama presidency, rhetorical action reached its height and lost its meaning for bilateral relations. Some steps must be taken to demonstrate willingness to work together in the region and in the international arena.

A New Period of Progress: Democracy, Transformation and Reform
Next
Loading...
Loading...
We use cookies to ensure that we give you the best experience on our website. If you continue to use this site we will assume that you are happy with it.Ok