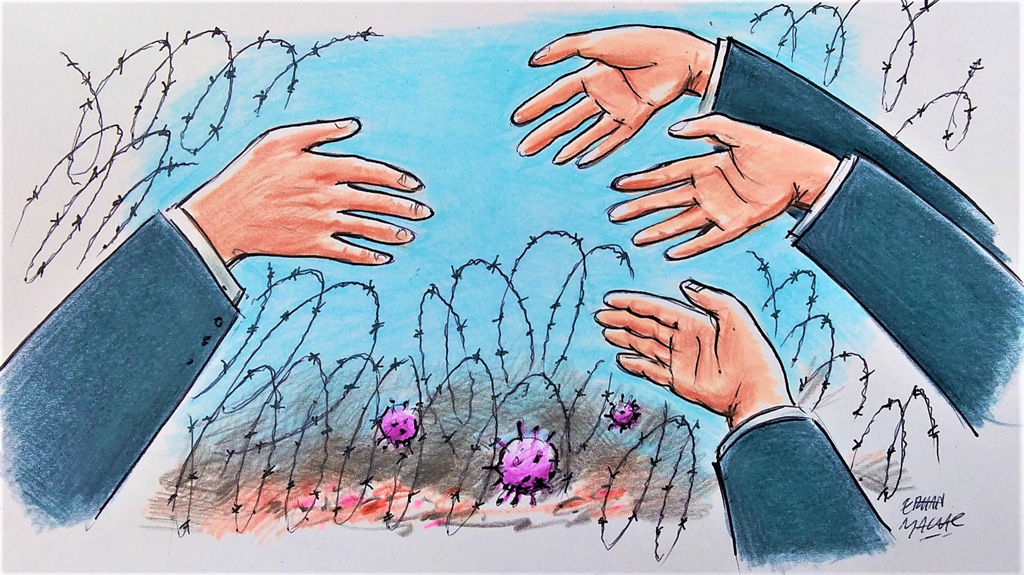 Pursuit of normalization in Turkey-Israel relations

The argument that Israel does not need to normalize its relations with Turkey, too, is quite weak. The Abraham Accords may have strengthened Tel Aviv’s hand, but a fresh nuclear deal between the United States and Iran stands to change the regional balance of power anew. In this sense, Israel would not want to be the last country to pursue normalization with Turkey.

As the whole world is fixated on whether war will break out in Ukraine next month, Turkey is doubling down on normalizing ties with Israel and Armenia, having already taken steps toward normalization with the United Arab Emirates (UAE). It is no secret that Ankara has been trying to start a new chapter in its relations with the United States, the European Union, Greece, Armenia, Israel, the UAE, Egypt and Saudi Arabia for the past year. Tensions with the U.S., the EU and Greece have de-escalated, even though positive steps have not been taken just yet. By contrast, the normalization process with Middle Eastern and Caucasus nations seems to be progressing faster. Indeed, Turkey’s normalization with the UAE happened faster than with the others.

President Recep Tayyip Erdoğan is scheduled to visit the UAE on Feb. 14. At the same time, Turkey and Armenia have appointed special representatives and the Armenian foreign minister is expected to attend the Antalya Diplomacy Forum in March. Erdoğan last week announced that Ankara and Tel Aviv could turn over a new leaf following Israeli President Isaac Herzog’s visit, which is expected to take place in the first half of February. It was noteworthy that the Turkish leader’s announcement came just days after Washington’s decision to withdraw its support for the EastMed pipeline. In fact, it almost seems as if the U.S. took that step to facilitate normalization between Ankara and Tel Aviv. In other words, Israel can discuss the prospect of energy cooperation with Turkey without upsetting the Greeks. Hardly anyone would be surprised if more steps to normalize relations with Saudi Arabia are seen in the near future. At this point, the fact that normalization with Egypt is lagging will obviously put Cairo at a disadvantage.

Is it about economy?

Some observers like to account for Turkey’s normalization attempts with the UAE and, more recently, Israel with reference to Ankara’s “economic or political weakness.” Indeed, certain groups claim that the ruling Justice and Development Party (AK Party) has “finally abandoned its ideological foreign policy” and criticize the government for waiting until now.

Certain dimensions of Turkish foreign policy reflected principles and concerns regarding democracy and human rights. Those considerations certainly factored into the deterioration of Turkey’s bilateral relations with Egypt and Israel. To claim that the country subscribed to an “ideological” foreign policy, however, would be taking a page out of the anti-Turkey playbook. Despite risking tensions and having to use hard power to defend its national interests, Turkey was always the last party to explore those options and has consistently opted for “rational” solutions designed to promote fair resolution. Insisting on “building better relations” with others, without taking into consideration their vested interests, would merely amount to an emotional response and ultimately hurt our own interests.

Why, then, does Turkey pursue normalization with such enthusiasm now? And why are other countries, such as the UAE, Israel and Armenia now interested in normalizing ties with Turkey?

My responses to those questions fall into two parts. First, all players have been reviewing their policy choices in light of changes in regional and global orders. The coronavirus pandemic escalated the great power competition, altered supply chains and encouraged all nations to take care of their own business. The intensified competition between the U.S. and China, U.S. President Joe Biden’s overhaul of Washington’s Middle East policy, Russia’s most recent steps and normalization attempts by other players in the region – Iran and the Gulf, for example – all reflect those changes that entailed plenty of uncertainty and risks.

Secondly, Turkey wants to cement what it gained by enduring tensions and resorting to hard power. Indeed, it made those choices in order to promote peace and stability in the first place, hence Turkey’s reluctance to target any given country with a coordinated campaign despite criticizing them as part of its discourse. At the same time, the country defended its national interests while following the principle of fairness whilst preventing tensions from taking a toll on international trade.

That is exactly why normalization could not have been pursued in the past when it would have been a source of weakness. Turkey, which dodged the Gulf’s anti-Turkish moves and showcased its power on the ground, is finally ready to start a new chapter with the region. It kept drilling in the Eastern Mediterranean, tilted the balance of power by getting involved in the Libyan crisis and signed a series of treaties, allowing Ankara to pursue normalization with Egypt more effectively. Having contributed to Azerbaijan’s victory in Karabakh, Turkey can now engage in balanced normalization with Armenia. After carrying out three incursions into Syria, Ankara can now exert influence at the negotiation table over the Middle East.

The argument that Israel does not need to normalize its relations with Turkey, too, is quite weak. The Abraham Accords may have strengthened Tel Aviv’s hand, but a fresh nuclear deal between the United States and Iran stands to change the regional balance of power anew. In this sense, Israel would not want to be the last country to pursue normalization with Turkey.

Over the next month, each step toward normalization will encourage yet another, thus starting an important process of change.

Putin's Turkey visit in the shadow of Ukraine crisis
Previous

Disunited Western alliance in Ukraine
Next
Loading...
Loading...
We use cookies to ensure that we give you the best experience on our website. If you continue to use this site we will assume that you are happy with it.Ok