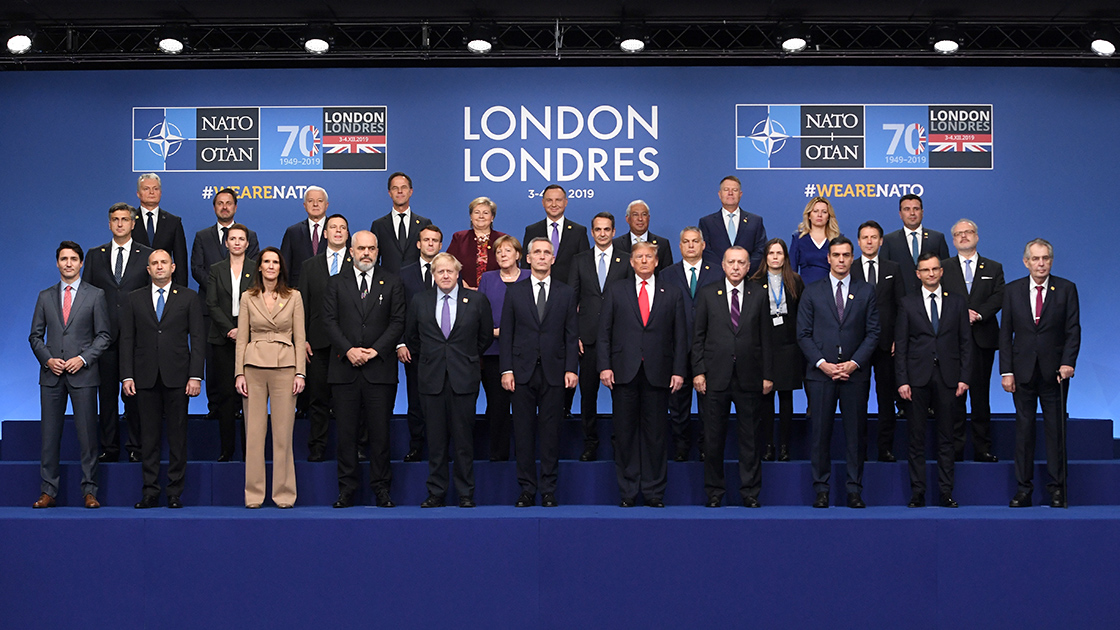 NATO leaders met in London at a time of uncertainty for the U.K. While the public and British authorities are overwhelmed with the debates on Brexit and getting ready for the parliamentary elections to be held next week, the NATO leaders' summit was held in the British capital to make landmark decisions for the future of the alliance. NATO is celebrating the 70th anniversary of its establishment, and the defense alliance was in search of a new vision and updated agenda.

NATO leaders met in London at a time of uncertainty for the U.K. While the public and British authorities are overwhelmed with the debates on Brexit and getting ready for the parliamentary elections to be held next week, the NATO leaders’ summit was held in the British capital to make landmark decisions for the future of the alliance. NATO is celebrating the 70th anniversary of its establishment, and the defense alliance was in search of a new vision and updated agenda. Skepticism about the Atlantic alliance was vocalized by some member countries before the summit, but the event ended with a show of solidarity. Despite French President Emmanuel Macron’s critical comments on the institution, leaders of member countries gathered around a shared agenda. In the end, they reached a consensus on certain issues. Washington’s leadership and assertiveness were crucial for the success of the London summit.

Member countries reiterated their commitment to Article 5 of the alliance that states if a NATO ally is the victim of an armed attack, each and every other member of the alliance will consider the act of violence an armed attack against all members and will take actions it deems necessary to assist the ally under attack.

In the final declaration, the member countries also agreed they would struggle in solidarity against all forms of terrorism, which was also a significant accomplishment for Turkey. Some member countries still did not want to sign specific documents in support of Turkey’s armed struggle against the People’s Protection Units (YPG) in Syria. Nevertheless, Turkish authorities found opportunities to express their concerns to their counterparts relating to the terrorist group.

Turkish representatives had threatened to veto the plan for the defense of Baltic states and Poland to assure a shared understanding of its anti-YPG agenda but instead supported the proposal to demonstrate solidarity with the mentioned states. Turkey also had opportunities to explain the objectives and scope of Operation Peace Spring in northeastern Syria to its NATO counterparts. The issue of humanitarian threats in northern Syria was also discussed by President Recep Tayyip Erdoğan, U.K. Prime Minister Boris Johnson, German Chancellor Angela Merkel and Macron on the sidelines of the summit.

What is new on the agenda?

The 2019 meeting was one of the most critical NATO summits in more than a decade. Some of the significant differences between the member countries were addressed, leading once distance parties to establish cooperative ties on certain issues. U.S. President Donald Trump played a more assertive and enthusiastic role than his predecessor Barack Obama. In the last couple of years, American presidents consistently reminded the leaders to increase their defense spending to meet the 2% GDP target of NATO. Member countries still lag behind the defense spending target, but there was a remarkable increase in their defense spending in the last couple of years.

Cybersecurity was also included in NATO’s defense agenda. 5G technologies and China’s increasing investments in telecommunication technologies were mentioned during the meetings. The Chinese threat was constructively discussed and included on NATO’s threat list. Russia’s capabilities in cyber interventions and the risk of Russian cyberattacks during elections campaigns and elections in the member states were also considered a threat to the democratic systems of the member countries.

American authorities expressed their preference that Europeans take on the responsibility of deterring Russian power. The confirmation of NATO’s commitment to the defense of the Baltic States and Poland came as a relief for those states. European powers reiterated their commitment to protecting their northeastern borders against Russia, but American commitment to that is a critical deterring factor. NATO’s final declaration mentioned Russia as a dialogue partner rather than a threat. Still, the alliance also took significant measures to counter possible Russian threats in times of geopolitical tensions.

NATO’s role in the emerging multipolar world will differ from its position in the bipolar system of the Cold War era and the interim period, when the U.S. was the hegemonic power. Now U.S. foreign and security policies are more focused on the potential threat posed by rising Chinese power.

The main concern for American decision-makers was China possibly challenging U.S. power in the Asia-Pacific region. China’s long-range missile projects also threaten NATO member countries as well as its increasing capability for cyberattacks. NATO has so far been unable to effectively deter a possible Chinese threat, which is why Washington refrained from further investing in NATO. Likewise, if NATO had solely focused on Russia as the primary threat, then the alliance would have constituted an unusually large and unnecessary investment and commitment for the U.S. However, since China was also included in the scope of NATO’s defined potential threats, Washington expressed enthusiasm about investing further in NATO’s collective security. Many of the member countries were concerned about antagonizing China; therefore, the issue has been handled carefully. NATO’s 2019 London summit will be remembered for the Baltic defense plan and the inclusion of a Chinese cyber threat in the defense agenda. Those two decisions will have a long-lasting legacy in the plans of the alliance.

Turkey's relations with the West: A quest for autonomy
Previous

We are out of 'metus hostilis' but still have Macron to unite us
Next
Loading...
Loading...
We use cookies to ensure that we give you the best experience on our website. If you continue to use this site we will assume that you are happy with it.Ok