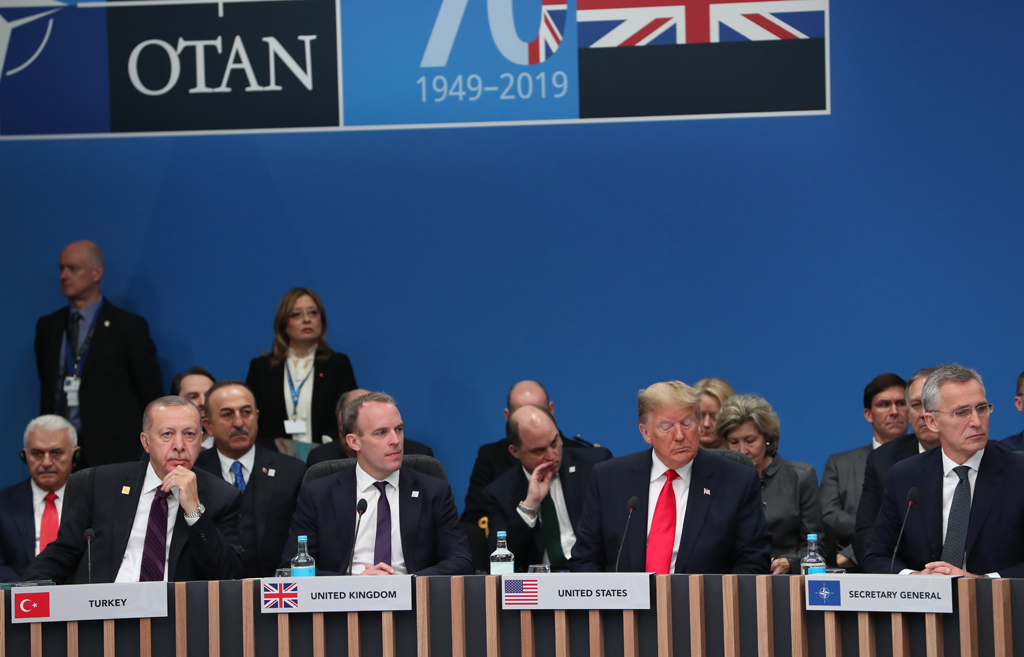 Turkey’s relations with the West: A quest for autonomy

Turkey, as an active member of western international institutions, like NATO and the Council of Europe, has maintained close ties with its European and American allies since World War II. All parties have benefited from this strong and sustained relationship, especially during the Cold War years.

Turkey, as an active member of western international institutions, like NATO and the Council of Europe, has maintained close ties with its European and American allies since World War II. All parties have benefited from this strong and sustained relationship, especially during the Cold War years.

On the one hand, Western political and economic support bolstered Turkey against the Soviet threat on its border and offered the country robustness on the world stage. On the other hand, the West benefited from having a crucial NATO ally on its southeastern European front, with the chance to host military airbases to fend off advances from the east.

With the collapse of the Soviet Union and the end of the Cold War, the nature of Turkish-Western relations started to change and both sides have since come up with competing challenges. NATO declared international terrorism the most imminent threat to its members at the Istanbul Summit in 2004. As a major target of transnational terrorism, Turkey continued to play its part as a strategic ally of the West and contributed to almost all struggles against various emerging threats.

However, since the global balance of power has started to shift, U.S. leadership has faltered and global powers like Russia and China have begun to take a more assertive stance in their foreign policies. Turkey has also decided to seek greater autonomy in its own region and follow a more independent foreign policy in order to be able to counter the increasing political instability in its neighborhood. The measures the country has taken include diversification of foreign economic relations and increased material capacity. To this end, Turkey has begun to develop an Ankara-centered foreign policy that opposes any developments that are detrimental to its national security.

Turkey is still determined to maintain its alliance with the West but demands a revision of the terms of the relationship, which has become anachronistic in light of developments at a regional and global level. In the meantime, the West also has to face the difficulty of responding to the various challenges posed to Western hegemony, such as in the cases of Ukraine, Georgia and Syria, at a time when Russia has returned to its traditional anti-Western policies and China has begun to create alternative international institutions and global economic projects.

The U.S. and higher-tier Western players have failed to respond to these ambitious moves – at least when it comes to the regions around Turkey. This eventually culminated in the West failing to prevent the influx of other actors from the region filling the void to shape regional politics and even preferring to collaborate with certain anti-Turkish groups. Western support for the Gülenist Terror Group (FETÖ) and the PKK’s Syrian affiliate, the People’s Protection Units (YPG), both of which are considered terrorist organizations by Turkey, has drastically affected Turkish support for the West.

As a response to the altered priorities of the U.S. and its NATO allies in the Middle East, Turkey had to search for alternative partners. This is why Turkey has improved its relations with Russia, the main alternative challenger and counterweight to the Western/American hegemony. As a case in point, when the Turkish offer to buy Patriot missiles was rejected by the U.S government, Ankara reached a deal with Russia to buy the similar S-400 missile defense system.

At a time of multi-dimensional and multi-layered global threats and challenges, there is a high level of interdependency between Turkey and its NATO allies. It should not be forgotten that the European defense begins with Turkey, especially when it comes to international terrorism and international migration. Therefore, it is very difficult to initiate a paradigm shift in Turkish-Western relations. The only way for both sides to overcome conflictual issues is to accept the new realities and to redefine the alliance relations.

On the one hand, Western countries should accept the new role that Turkey is determined to play in its neighborhood and take Turkish security concerns into account. On the other hand, Turkey needs to continue its contributions to NATO operations and challenge the threats emanating from the Middle East.

NATO has to prove it's 'brain alive'
Previous

NATO's defense agenda: Baltic plan, Chinese cyber threat
Next
Loading...
Loading...
We use cookies to ensure that we give you the best experience on our website. If you continue to use this site we will assume that you are happy with it.Ok