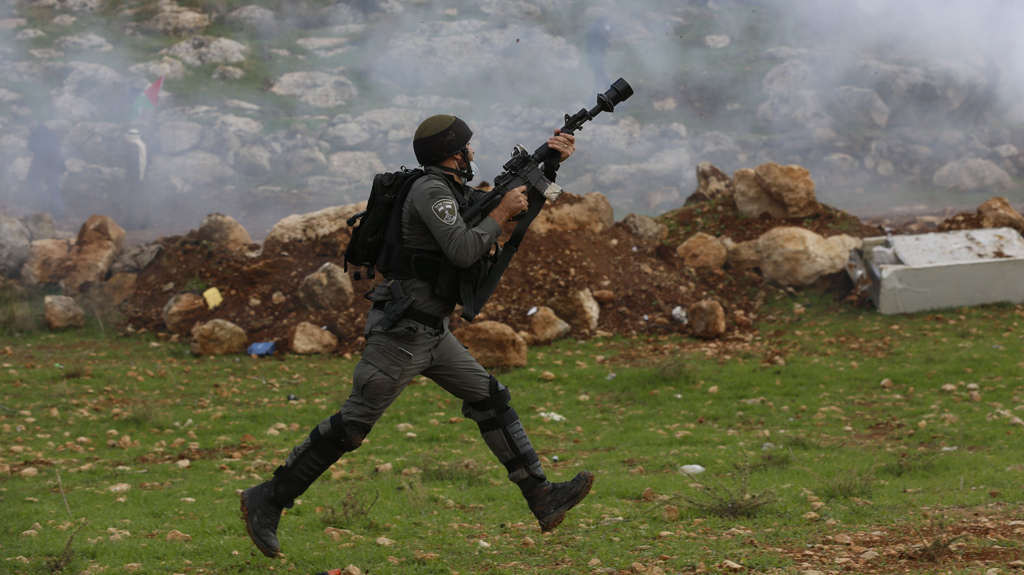 ICC ruling on Israel: Test for ‘America is back’ policy

Last week, the International Criminal Court (ICC) ruled it would extend its jurisdiction to the Israeli-occupied Palestinian territories, including the Gaza Strip, the West Bank and East Jerusalem.

Last week, the International Criminal Court (ICC) ruled it would extend its jurisdiction to the Israeli-occupied Palestinian territories, including the Gaza Strip, the West Bank and East Jerusalem.

The decision paves the way for holding Tel Aviv responsible for its activities in the occupied territories and allows the Palestinian government to ask for hearings on Israeli war crimes.

In other words, after this ruling, a formal probe can be started for Israel’s actions in the occupied territories.

According to the United Nations’ decisions and principles of international law, the above-mentioned territories belong to the Palestinian people and they have been under the occupation of Israel since 1967. The ICC began to investigate Israeli atrocities in the occupied territories after Palestine joined the court in 2015.

Palestinian authorities asked the ICC to investigate actions Israel took while attacking the Gaza Strip in 2014, during which hundreds of innocent people were killed.

The ICC’s chief prosecutor, Fatou Bensouda, has been investigating both sides of the conflict after the Palestinian government referred a case to the ICC over Israel’s continuous settlement in the West Bank, the killing of Palestinians at the Gaza-Israel border during protests and the poor treatment of Palestinian prisoners in Israel.

In 2019, Bensouda explained that there was a reasonable basis to proceed with an investigation and she was convinced war crimes had been committed on Palestinian lands.

Reactions to the decision

Reactions to the ICC’s decision can be classified into three categories. The first welcomed the news as it means additional protection for basic human rights, prevents crimes against humanity and, more importantly, holds the Israeli state responsible for its atrocities against the Palestinian people.

Among other states, Turkey welcomed the ICC ruling, as Ankara believes it will pave the way for a war crime probe against Tel Aviv over its actions in the occupied territories. The Turkish Foreign Ministry pointed out that the ICC decision was a “meaningful step” toward holding Israel responsible for the crimes it committed against the Palestinian people in their own territories. According to Ankara, international support to the ICC’s decision may deter Israel’s excessive and disproportionate use of force against the Palestinians.

The second type of reaction welcomed the decision but claims that both sides of the conflict are responsible for abuses in Palestine and Israel.

The well-known Human Rights Watch (HRW) is one of the actors that blames both sides. The HRW has welcomed the court’s decision and declared that it will open a long-awaited path to justice for victims of international crimes. The HRW and some other international institutions have been following an apologetic policy for these issues. They cannot blame Israel unless they blame the other side as well.

The United States and Israel’s rejection of the ICC jurisdiction reflects the third type of reaction. Obviously, it was expected that the Israeli government would not approve of the court’s decision. Israeli Prime Minister Benjamin Netanyahu criticized the ICC decision, claiming that it is a political institution, not judicial, and therefore not recognized by Israel.

It is clear to everybody, however, that neither the Israeli state nor Netanyahu’s take on decisions by any international platform should be considered since Tel Aviv has repeatedly violated the decisions of the U.N.’s institutions.

What about the U.S.?

Most importantly, Washington strongly rejected the decision. The U.S. State Department issued a statement on Feb. 5 stating that America has “serious concerns about the ICC’s attempts to exercise its jurisdiction over Israeli personnel.” It continues by saying that the U.S. “has always taken the position that the court’s jurisdiction should be reserved for countries that consent to it, or that are referred by the U.N. Security Council.”

Of course, Washington continues to reject the court’s jurisdiction over the U.S. but not over other non-signatories.

According to the decision, ICC investigators had their assets blocked and they and their relatives were prevented from entering the U.S. The ICC condemned Trump’s decision, calling it “an unacceptable attempt to interfere with the rule of law and the court’s judicial proceedings.”

U.S. President Joe Biden has repeatedly declared that he will bring America back into international platforms, but when it comes to recognizing the jurisdiction of the ICC, he is on the same page as Trump.

That is, the Biden administration has shown that it will reject any decision against the U.S. or Israel. In other words, the ICC jurisdiction case demonstrates that Washington will continue to behave arbitrarily and will take unilateral steps in international politics.

Opposition vs opposition: Muharrem Ince's resignation
Next
Loading...
Loading...
We use cookies to ensure that we give you the best experience on our website. If you continue to use this site we will assume that you are happy with it.Ok