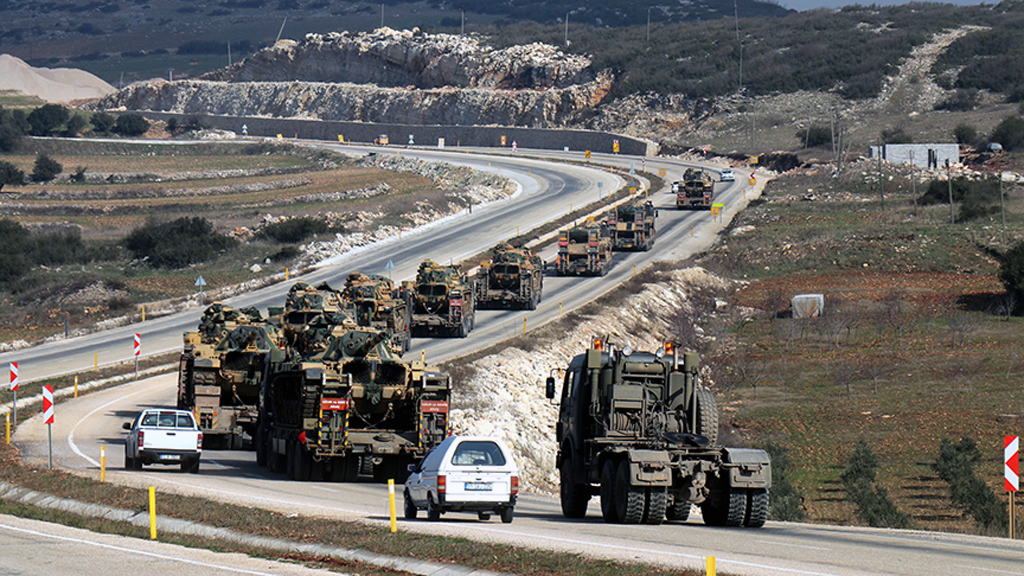 Has Turkey entered the second phase in Idlib?

Long-standing tension between Turkey and the Bashar Assad regime just turned into a hot conflict. At this rate, everything else will take a backseat to military operations. The critical question is whether Turkey has moved to the "second" stage in Idlib – holding territory, reinforcing observation posts and exercising control around them, and enforcing a safe zone, 30-40 kilometers deep, for Syrian refugees and displaced persons.

Long-standing tension between Turkey and the Bashar Assad regime just turned into a hot conflict. At this rate, everything else will take a backseat to military operations. The critical question is whether Turkey has moved to the “second” stage in Idlib – holding territory, reinforcing observation posts and exercising control around them, and enforcing a safe zone, 30-40 kilometers deep, for Syrian refugees and displaced persons.

The most recent escalation in Idlib occurred due to incessant violations of the cease-fire by Russia and regime forces, citing “terror attacks” despite no notable Hayat Tahrir al-Sham (HTS) activity in the area. Turkey maintained its patience to keep the peace. Meanwhile, the opposite side continued bombing civilian areas, including schools and hospitals. The regime’s attempt to take the city of Saraqib and control the M5 highway after capturing Maarat al-Nouman was a deal-breaker for the Turks.

It is a thinly veiled secret that the regime wants to force Turkey to vacate its observation posts in Idlib. In the face of the Assad regime’s reckless attacks, there was no option left but to ramp up military activity. Hence, Turkey reinforced its observation posts and heightened Syrian opposition activity.

This marks a transition from holding observation posts to holding territory.

Turkey intends to show Assad that he cannot seize control of Idlib and send millions of Syrian refugees across the border. President Recep Tayyip Erdoğan effectively told reporters on Monday that his administration would not shy away from a military confrontation with the Syrian regime if Turkish forces were to come under attack. Another problem is that the clashes in Idlib could spill over to Aleppo, Tal Rifaat, Ain Issa and northeastern Syria.

The obvious question is how Russia will respond to Turkey’s determination – whether Vladimir Putin will risk his cooperation with the Turks for the sake of Assad’s ambitions. Erdoğan did not mince his words when it came to Turkey’s expectation from Moscow: “To the Russian authorities – you are not our adversary here. We target the regime alone. Make sure that there is no attempt to stop us.”

Ankara’s verbal threat of violence against the regime forces suggests that Turkey and Russia will manage the Idlib issue in a new way.

Turkey and Russia cannot take their relations to the level of a strategic partnership until the idea of balancing the United States is no longer a factor. If the Russians ignore the burden that Turkey shouldered to cooperate with Moscow on a range of areas, including energy and the S-400 air defense system, it will mean that they expect nothing more than a fragile bilateral relationship with a focus on the U.S.

Russia, with its power projection in Europe, North Africa and the Middle East, would do well to remember that Turkey plays an active role in all those regions. If the United States and the European Union turn a blind eye to the imminent massacre in Idlib, Europe should brace for another mass influx of refugees very soon. Turkey’s humanitarian Syria policy stands in the way of Russia twisting the arm of European democracies. The European Union must always bear in mind that the Turks watch their borders.

Perspective: Political Manipulation of the Law: the PKK Case in Belgıum and Its Consequences
Next
Loading...
Loading...
We use cookies to ensure that we give you the best experience on our website. If you continue to use this site we will assume that you are happy with it.Ok