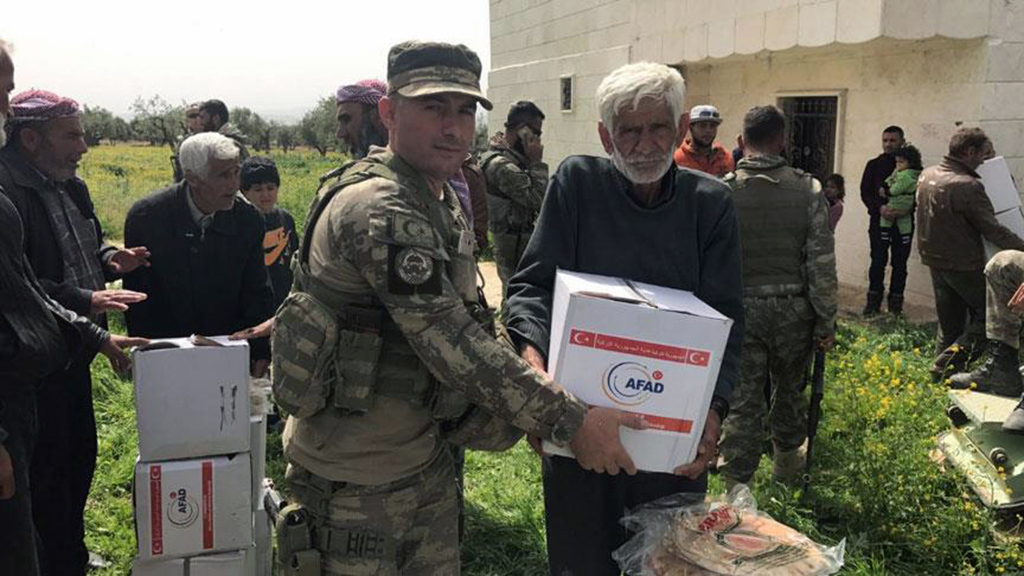 Could the US withdraw from Syria?

If the U.S. really wants to withdraw from Syria and stop meddling in Middle Eastern politics, it should start by reconsidering the ideological profiles of major policy makers in Washington

American foreign policy making continues to follow an increasingly unpredictable, inconsistent and incoherent path in the wake of a deep institutional chaos and ad hoc interventions by President Donald Trump. As the latest case of such interventions, Trump made a surprising announcement this week declaring that U.S. forces will soon withdraw from Syria. In a speech repeating his earlier election pledges in Ohio, Trump argued that U.S. military spending to the Middle East, which reached to a level of $7 trillion in recent decades, was totally futile and just served to detract from domestic spending for infrastructure and public services. Stressing that the U.S. has had enough in dealing with Daesh, he contended that “other people had to take care of it now.”

It is always tricky to take Trump’s statements seriously in the first instance; but the majority of observers on Middle Eastern politics would refute the idea that the primary concern of U.S. presence in the area has been fighting Daesh. Since the invasion of Iraq in 2003, Washington tried to keep major sources of hydrocarbon energy and geo-strategic zones under its strict control. But as the War in Syria progressed, fierce turf wars with Russia and Iran forced the Americans to utilize doubtful partners on the ground in the form of the Democratic Union Party (PYD)-People’s Protection Units (YPG) terrorist groups, which also contributed to serious deterioration in Turkish-American relations. The U.S. made considerable contributions to the YPG in terms of financial support, provision of state-of-the art arms and ammunition, as well as technical guidance in an attempt to transform the PKK-affiliated organization into a border army on the doorstep of its major NATO ally, Turkey. So if Trump realistically talks about the U.S.’s withdrawal from the Syrian theater, this withdrawal shall involve a detailed plan to disarm the YPG and restore stability in the Turkish-Syrian border. At a critical time when Turkey’s Operation Olive Branch successfully cleared Afrin from the YPG and talks are being held between Turkish and American officials on a roadmap for Manbij, including the withdrawal of the YPG and the return of U.S. weapons, this issue is even more important.

But as we have seen in numerous instances before, Trump’s statements on U.S. withdrawal were not supported either by the Pentagon or the U.S. State Department, raising concerns whether this rhetoric will really translate into action. Politically speaking, Trump might be trying to play into the widespread sentiments in the U.S. Congress and the wider public heading into the November elections by portraying himself as a leader standing for peace. As opposed to the Pentagon’s initiatives aimed at enforcing the U.S. geo-strategic position against Russia and Iran, there is a strong sentiment in the U.S. Congress and the public against illegal American presence in Syria breaching international law and a lack of clear military successes on the ground despite massive expenditures. It is also thought that the precept of fighting Daesh is no longer enough to justify American presence, which increasingly focuses on the YPG and northern areas where Daesh is not present at all. Long-drawn U.S. involvement is seen to increase the moral burden on Washington as well concerning the lives of thousands of civilians who lost their lives during the war. Prolonged U.S. presence is perceived to serve only the hands of high-ranking Pentagon chiefs like James Mattis, major army contractors and the neoconservative clans in the policy-making framework. But despite the democratic opposition to the U.S. war machine, President Trump continues to “hire and fire” top officials in the security and foreign policy establishment in order to complete the “war cabinet” he always imagined. National Security Adviser Gen. H.R. McMaster, who was found boring by Trump, was replaced by the ultra-hawk, neocon figure of John Bolton. As one of the masterminds of the Iraq War, Bolton is known by his marginal, hardline and Islamophobic ideas that could be detrimental for global peace and stability if put into practice. He has consistently advocated the use of military force and even nuclear weapons as the backbone of American security policy against the so-called “rogue states,” such as North Korea and Iran.

As Trump pays lip service to the futile nature of the military expenditures and initiatives towards the Middle East, it is preposterous that he is simultaneously establishing a “war cabinet” reminiscent of the neoconservative team of G.W. Bush. These figures with their Islamophobic, anti-diplomatic and pro-war standings will certainly not contribute to regional or global peace; but might instigate a repetition of the military and humanitarian catastrophes experienced since the early 2000s. If the U.S. really wants to withdraw from Syria and stop meddling with Middle Eastern politics, it should start by reconsidering the ideological profiles of major policy makers in Washington, D.C.

Continuity of partnership between Turkey and the US needs determination
Next
Loading...
Loading...
We use cookies to ensure that we give you the best experience on our website. If you continue to use this site we will assume that you are happy with it.Ok