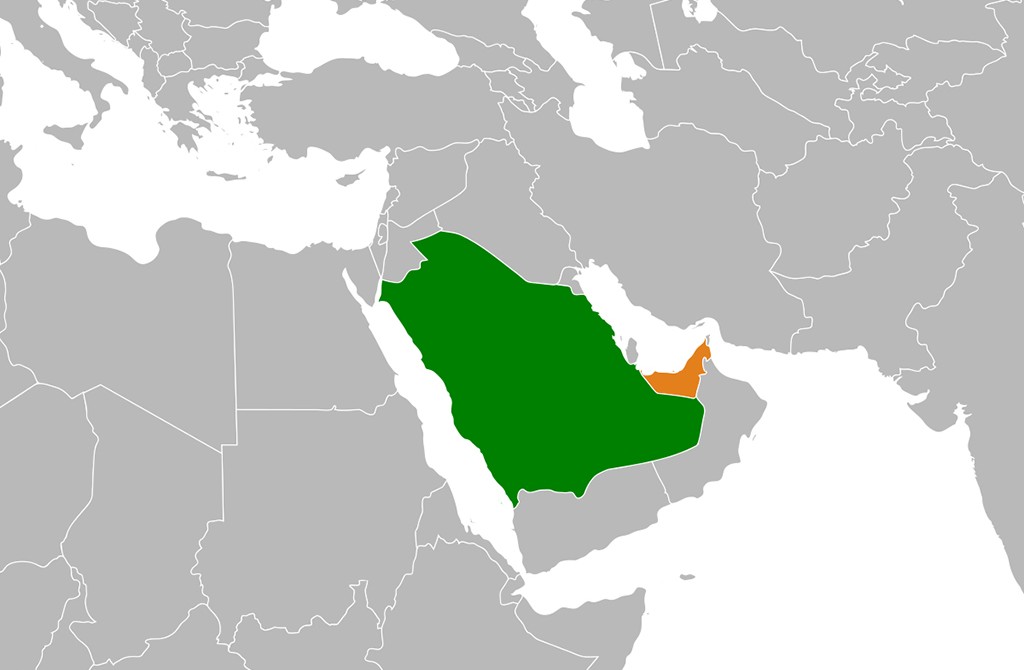 Ambitious policies of Saudi Arabia and the Emiratis

After the Arab revolutions and insurgencies started, all strong republican regimes, which were known as the main carriers of Arab nationalism, collapsed.

Ater the Arab revolutions and insurgencies started, all strong republican regimes, which were known as the main carriers of Arab nationalism, collapsed. Saudi Arabia and the United Arab Emirates (UAE) began to claim the leadership of the splintering Arab world. These two states tried to reverse the course of regional developments. Unfortunately, with the help of the Western countries, they succeeded in turning the “Arab spring” into an “Arab winter.” However, due to several domestic and international factors, the main initiatives of Riyadh and Abu Dhabi throughout the Arab insurgencies cannot create a sustainable regional order.

First of all, Riyadh and Abu Dhabi have a population problem as they lack the necessary qualified human resources, and are heavily dependent on foreign workers. A significant portion of their populations consist of foreigners, who are the producers and contributors for most economic sectors. Furthermore, they lack a strong middle class, capable of producing technology and contributing to the national economic development.

Second, regional political leadership requires a consistent and strong political ideology, which would attract the Arab streets. Unfortunately, these two states lack this ideological bond and they do not enjoy popular legitimacy in the eyes of the Arab population. Without a strong political ideology and popular support, it is very difficult, if not impossible, for Saudi Arabia and the UAE to create a sustainable regional order. On the one hand, it will take time to import Arab nationalism into a society dominated by the Wahhabi Islamic understanding. On the other hand, it is risky to change the established social structure in the Arabian Peninsula. Especially imposition and artificial social system is treacherous for unexpected results.Third, Riyadh and Abu Dhabi ended the democratic transition in Egypt by organizing a military coup against the country’s only democratically elected government. They put the Egyptian state in a very vulnerable position in such a way that the state cannot recover from the hardships that it faces. At the end, Egypt has lost its position as the leader of the Arab world and became more dependent not only on global powers but also on regional states, i.e. Riyadh and Abu Dhabi.

Fourth, these two states were involved in the Libyan crisis and created a stalemate in the country. With the support of Riyadh, Abu Dhabi and Cairo, Gen. Khalifa Haftar, who emerged only in February 2014 as a new actor, entered into the Libyan equation and divided Libya into two parts. Even though Haftar claimed that he would bring stability to Libya, chaos continued and two de facto states were created.

Fifth, Saudi Arabia and the UAE directly interfered into the Yemeni crisis in 2015 in order to support the elected government of Abdu Rabbu Mansur Hadi against the Iranian-backed Houthis. However, the interference has resulted with thousands of civilians killed and millions of Yemenis facing starvation and illness. As a result, another stalemate was created in the Arab Middle East.

Sixth, Riyadh and Abu Dhabi ruined the Gulf unity by imposing a blockade against Qatar and cut diplomatic relations. Both states, together with Bahrain and Egypt, claim that Qatar supports terrorist organizations, i.e. the Muslim Brotherhood and affiliated movements and organizations in the region. Thus, Riyadh and Abu Dhabi tried to delegitimize all regional movements that challenge their policies.

Seventh, these states miscalculate the regional power balances. They alienate and demonize Iran and Turkey simultaneously. They need to know that it is impossible to win any struggle against the two strongest countries in the Middle East. Even American-driven anti-Iranian and anti-Turkish projects are destined to fail in the region. Furthermore, they have to acknowledge that Turkey and Iran do not agree on most of the regional issues. Therefore, it is misleading to put Turkey and Iran on the same side. On the contrary, Turkey is closer to the Gulf States in many regional crises.

As a result of all these developments, both Saudi Arabia and the UAE should know that their regional foreign policy lead them to a dead end. They began to be questioned by the Arab peoples and to be ostracized by regional countries. Consequently, Arab peoples began to question the legitimacy of the foreign policy of these two states, especially that of Saudi Arabia, and the future for Saudi Arabia and the UAE does not seem so promising.

Europe must appreciate Turkey's commitment to counterterrorism
Next
Loading...
Loading...
We use cookies to ensure that we give you the best experience on our website. If you continue to use this site we will assume that you are happy with it.Ok