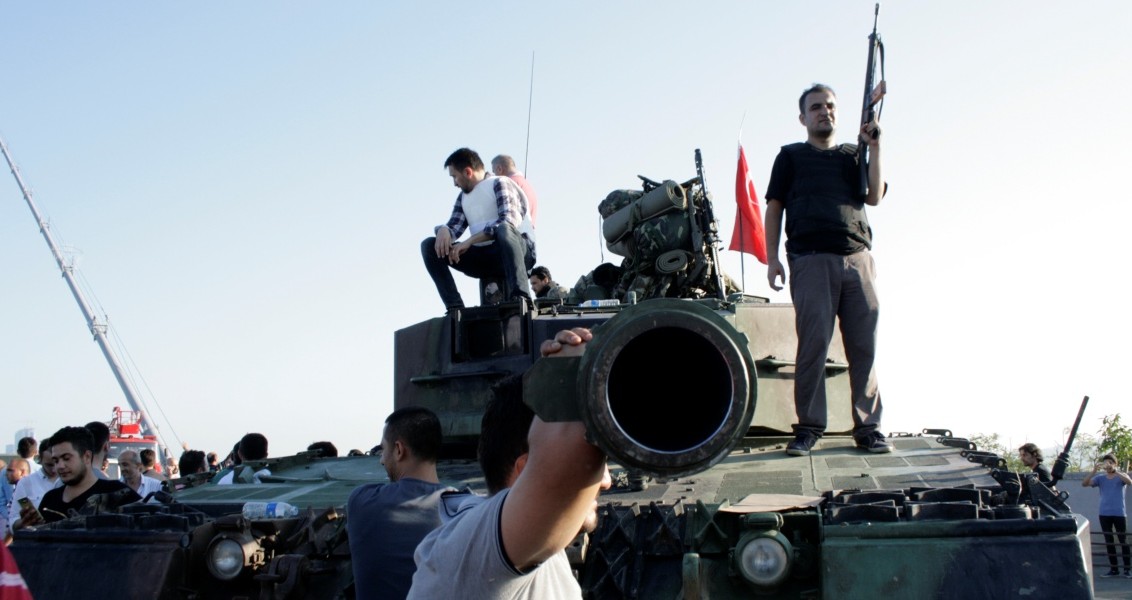 It was a tragic night, it was a fateful night, it was a night that showed so many things about the Turkish people, their bravery, their dedication and commitment to democracy

Turkey has seen various coups and coup attempts in its history. Democracy has been interrupted in numerous instances in the country as a result of military intervention in politics. The people paid dearly during these periods of military interventions. In 1960, the arrest of thousands and the execution of the country’s prime minister and some ministers demonstrated the true nature of military interventions in the Turkish Republic. Since then in different instances, in 1971, in 1980, in 1997 and more recently in 2007 through a post on their website, the military has or has tried to take control of the country. After each and every one of these coups and coup attempts, the Turkish public reacted negatively to the interruption of their will by voting in a huge majority for the political parties and actors that the militarily tried to oust. The public opposed the intervention of their political will. However in the interregnum period between the coup and the first election, Turkish democracy lived its darkest days. Thousands were detained and arrested and fundamental rights of the people were suspended. The experience of these periods generated a major trauma for the people in Turkey.

This time however people did not wait and lose time. On Friday evening, Turkey lived one of the most fateful nights in its history. In the evening after an increasing military presence in the major population centers, including the Bosporus Bridge and Taksim Square and the beginning of low-level sorties from the fighter jets in Ankara, the rumors started to spread that a group of military personnel had tried to capture TRT. Shortly after, there was an announcement from TRT that the military controls the country now. It declared martial law and ordered a curfew. This was from the old playbook of history’s coup makers. This has always been the first couple of steps that coup makers in Turkey take.

However shortly after this declaration, it became apparent that although some segments of the military were adopting the same tactics, the Turkish public was now different than the one decades ago. First, even before the announcement, President Recep Tayyip Erdoğan and Prime Minister Binali Yıldırım emerged on different news networks and stated that a group within the military was attempting to seize the control of the military and organize a coup and the Turkish public needs to go on the streets and defend their democracy and government. In a short period of time, thousands of people started to flow to major squares in Turkish cities with flags in their hands. Following this, all the major political parties made declarations opposing the military intervention. Soon after, the real nature of the military intervention became more apparent. First the news broke out that the Commander of the Chief of Staff was taken hostage by a group of military personnel. Secondly, Turkey’s first army commander made a statement saying that the coup attempt was organized by a faction in the military. Very soon after, it became apparent that the coup was organized by military personnel that had infiltrated the army from the parallel state structure. In recent days, there were rumors about a legal investigation against this group of military personnel.

The public’s reaction to the coup attempt increased after midnight. Despite attacks by the coup makers on civilians and Parliament, the Turkish people refused to leave the streets and stood behind their democratically elected government. With the first lights of the morning it became apparent that the small number of coup makers started to surrender to both the people and the security forces in Turkey. At noon on Saturday while I was writing this piece the acting chief of staff made a statement declaring that the coup attempt was foiled.

Although according to the reports there is still some danger, the Turkish public and politicians have achieved a great deal so far and democracy has prevailed and defeated a coup attempt. It is a critical juncture in the history of military intervention in politics in Turkey. The reaction the Turkish people gave to the coup makers’ attempt will be a lesson for countries around the world that feel the threat of military intervention in politics. Turkey demonstrated that the best way to protect active civilian control of the military is through the public’s belief in democracy and their commitment to protecting the government that they elected. For the last few years statements made on coup attempts by members of the government were considered as an exaggeration by some. However the coup attempt demonstrated that these claims were not baseless. Turkish democracy was under threat from a possible military intervention by this group of military personnel.

It was a tragic night, it was a fateful night, it was a night that showed so many things about the Turkish people, their bravery, their dedication and commitment to democracy. Every one of them was a tank man, and every one of them acted responsibly and with courage. They showed the extent of civilian power. Tens of them died and more than a thousand of them wounded. But they never left the streets. They stand against military rule, against the illegal networks and groups and stand for their liberty, rights and for the future of their country and children. They opened a new page in the history of Turkish democracy. They said never again. The message was clear. In future history will write the night of July 15 as one of the most critical turning points in Turkish democracy.