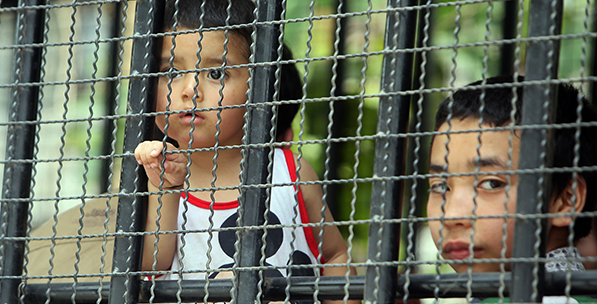 Uighur Refugees, China’s Power and What To Do About It?

The primary source of the Uighur refugee problem is the situation in China and without some significant steps in line with the demands of society, this problem will continue to grow in the coming years.

The recent report of Uighur refugees stranded in Thailand brings forward several significant questions regarding the refugee crisis, the status of Uighurs and the future of China as a superpower. Does China want to be a superpower from which its residents and citizens try to flee? What can stop the outflow of Uighurs from China? And how can the international community help Uighur refugees in different countries?

The last 300 Uighurs who have come to international attention in the last few days are part of the growing Uighur refugee problem in Southeast Asia, which greatly accelerated after the Urumqi ethnic riots that took place in July 2009. In different countries in Central and Southeast Asia there are an increasing number of instances of Uighur refugees caught and face the threat of being returned to China where they may face criminal charges. The first wave of these refugees was mostly political activists and those who joined the protests or rallies in Xinjiang and who have searched warrants out against them or are being chased by the security forces. The deterioration of the situation in the region in the last five years started to change the profile of these refugees as well. With the increasing degree of “strike hard” campaigns, now, intellectuals who practice their right of freedom of expression, Muslims who want to use their right to freedom of religion and practice and youth who want to live in a freer environment are also included among those who are considered threats to China. Parents started to send their children to other countries to protect them from any form of government persecution and families started to flee to escape the restrictive one-child policy. Rising anti-Uighur nationalism made China a dangerous place to live for Uighurs. Because of these developments, the demographic characteristics of refugees changed dramatically to include families and children today. In different instances Uighur refugees are detained in these not very welcoming Asian countries caught between a criminal network of human smugglers and a repressive government. In different cases some of those who seek refuge in neighboring countries faced extradition. For instance, in 2009, 20 Uighurs were deported by Cambodia to China and upon their return they faced very heavy criminal charges, and in 2011 Kazakhstan did the same thing and forcibly returned a Uighur to China. Now, Uighurs in different Asian countries are also facing the threat of being forcibly returned to China. These refugees have already been living in dire conditions in refugee camps and, after increasing Chinese pressure, not only their freedom, but also their lives are under threat. Under these circumstances both the U.N. High Commissioner for Refugees (UNHCR) and Western countries need to act decisively in order to stop the potential danger to the lives and freedoms of these refugees. This requires a well-organized and sustained effort to provide legal, humanitarian and diplomatic assistance for Uighur refugees.

The second dimension of this situation is of course in regard to the situation in Xinjiang. As mentioned above, the economic, political and social conditions in Xinjiang are what led to the flow of these refugees. The lack of basic freedoms and liberties, worsening political atmosphere and increasing violence in the region are major factors for the thousands of Uighurs trying to flee their homeland and leave their loved ones behind. There are different tragedies in the stories of these refugees. Social discrimination and increasing criminalization of Uighur identity in China proper is transforming Uighurs into a suspect community and turning the region into an open air prison for Uighurs. In addition, the recent attempt by the Chinese government to increasingly assimilate the region demographically through Han Chinese migration makes it more difficult for Uighurs to find employment. The incentives for Han Chinese to migrate are against the interests of Uighurs. Uighurs are economically disadvantaged, politically repressed, socially disc

The Future of Turkish-Greek Relations
Next
Loading...
Loading...
We use cookies to ensure that we give you the best experience on our website. If you continue to use this site we will assume that you are happy with it.Ok