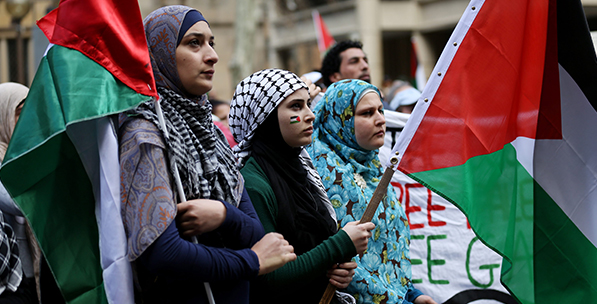 It is imperative to rethink how to frame security around the question of Israel-Palestine within policy-making circles.

When Sweden became the first EU member state in Western Europe to recognise the State of Palestine on 30 October, it brought the total number of UN member states to do so to 135 out of 193. More might follow. France’s National Assembly, albeit in the absence of the prime minister and foreign minister, voted on a non-binding resolution in favour of a Palestinian state on December 2. The Danish parliament will hold its first debate on the subject on December 11.

On 29 November, Arab foreign ministers also met to discuss the UN bid for the State of Palestine. According to Wassel Abu Youssef, a senior member of the Palestine Liberation Organisation, one of the main concerns regarding the move towards statehood mentioned at the meeting was the urgency to end the security coordination between the Palestinian Authority (PA) and Israel. In the same week, a spokesperson for Islamic Jihad called on thePA to end its security coordination, echoing similar calls made in the past by Hamas and thePopular Front for the Liberation of Palestine. Meanwhile, on 29 November, Mahmoud Abbas threatened to cancel security coordination should the bankrupt peace process fail to resume. Abbas, like his critics, is well aware that the relationship between Palestinian statehood and security coordination is an increasingly prioritising matter; it is an enterprise which involves, at different levels, international donors, the PA and Israel.

Indeed, according to a recent policy brief published by Al-Shabaka: The Palestinian Policy Network, “Security eats up a sizeable proportion of the PA budget, accounting for almost $1 billion (26%) of the 2013 budget, compared to only 16% for education, 9% for health, and astaggeringly low 1% for agriculture.” Furthermore, in 2013 alone, the United States provided $427 million in economic assistance, of which $70 million was allocated specifically to fund the PA’s security forces. “At the same time, the European Union gave $227 million in direct funding to the authority, and a further $406 million in economic aid and support for security forces.” With the Oslo Accords in 1993 and, subsequently, the Middle East Quartet (the UN, the US, the EU and Russia) Road Map Initiative in 2003, the international community, including those EU members now encouraging the creation of a Palestinian State, effectively made the realisation of a Palestinian state conditional on Israeli security. The then US President, George W Bush, echoing the sentiment of the Quartet, was explicit in the responsibility imposed on the PA: “The United States will not support the establishment of a Palestinian state until its leaders engage in a sustained fight against terrorists and dismantle their infrastructure. This will require an externally supervised effort to rebuild and reform the Palestinian security services.”

Both the amount of funding and the reasoning behind the reforming of the PA security sector speaks to the type of security logic deployed in the Israel-Palestine question. For too long, security – whose security and for what purpose — has been Israel-centric. Rarely, if ever, do policy makers question if Palestinians and their security are at risk. Instead, there is an institutionalised insinuation that Palestinians must prioritise Israel’s security, even though it is the state that evicts them and demolishes their homes; confiscates their lands and identity cards; imposes regular administrative detention; and, ultimately, menaces their collective and individual security. This assumption by the Quartet suggests that Israel alone is subject to threats and that it alone is searching to counter “existential threats”, as the forlorn non-Arab state in the region. However, empirical analysis of the security conditions in the occupied territories demonstrates otherwise.

In 2014 alone, under the guise of security, Israel launched its third attack (“Operation Protective Edge”) on Gaza in recent years, which, according to OCHA, left 2,205 Palestinian

Uighur Refugees, China's Power and What To Do About It?
Next
Loading...
Loading...
We use cookies to ensure that we give you the best experience on our website. If you continue to use this site we will assume that you are happy with it.Ok