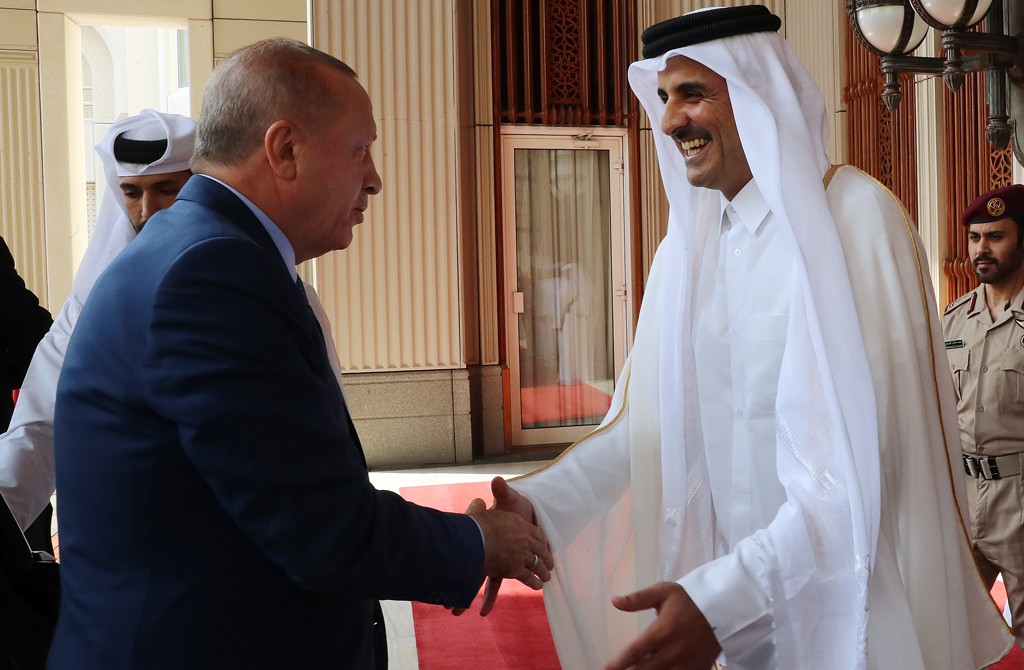 First of all, during the visit, Turkey and Qatar signed seven agreements or memorandum of understandings to institutionalize and strengthen the legal basis of bilateral relations. In order to improve bilateral relations, the two countries signed agreements in the following technical and economic fields: The financial sector between the two treasuries, urbanization, bilateral trade, protection of consumption, industrial and technological cooperation, harmonization of standardization and investments.

Second, the two sides want to increase bilateral trade and other economic interactions. The trade volume between the two countries has accelerated rapidly since the Gulf crisis in 2017. Turkey’s exports to Qatar increased to $1.1 billion in 2018 from $650 million the previous year. That is, the annual increase was 69%. Turkish imports from Qatar increased by 27%, from $264 million to $335 million, during the same period. The amount of total Turkish investments in Qatar are worth $17 billion, and they have increased further during the preparations for the football World Cup in 2022. Furthermore, according to local media outlets, the state of Qatar intends to buy 100 Turkish tanks. On the other hand, Qatari investments in Turkey have reached $22 billion.

Third, the two countries strengthened military and security relations. Turkey has had a military base in Qatar since 2015 and expanded the base recently. President Erdoğan visited the newly completed site of the Turkish military base, which was named after the famous Muslim commander Khalid bin Walid who lived during the time of Prophet Muhammad. Some 5,000 soldiers have been stationed at the military base since the blockade imposed by Saudi Arabia and some other regional countries. The base is under the control of the Turkey-Qatar Combined Joint Force Command. Erdoğan pointed out that the military base will provide stability and peace for not only Qatar but also the Gulf region. President Erdoğan claimed that the base will be “the symbol of brotherhood, friendship, solidarity and sincerity.”

Fourth, the two countries consolidated their strategic and regional partnerships. Some regional countries such as Saudi Arabia, the United Arab Emirates and Egypt have been trying to isolate Turkey and Qatar due to their increasingly autonomous foreign policies. The attempts of isolation and otherization have forced the two countries to improve bilateral relations and enhance their cooperation. When four Gulf States imposed a blockade against Qatar, stopped trade with it and banned its planes from using their airspace in June 2017, Turkey instantly sent planes full of vital products to avoid a potential food shortage. As President Erdoğan explained during the visit, Turkey did not “leave its friend alone … against threats and risks.”

Fifth, both Turkey and Qatar want to normalize their relations with other regional actors because the regional atmosphere is harmful and unsustainable. Therefore, the leaders discussed this issue during the meeting, and the two states have “stressed the importance of the unity of the Gulf Cooperation Council” mentioned in a joint communique published by the official news agency after the meeting. The two countries also declared that constructive dialogue is the only way to end the current Gulf crisis.

Sixth, Turkey and Qatar are determined to continue their quest for autonomy in their foreign policy. Both states have denied the accusations of other regional actors such as the blockading states. While Turkey is determined to pursue an independent foreign policy in the Middle East, Qatar is determined to follow an independent foreign policy in the Gulf; however, Ankara and Doha will continue to emphasize “mutual respect and full sovereignty of state and noninterference in their internal affairs.” That is, they will not accept the conditions proposed by other Gulf states.

The main opposition's PR problem
Next
Loading...
Loading...
We use cookies to ensure that we give you the best experience on our website. If you continue to use this site we will assume that you are happy with it.Ok