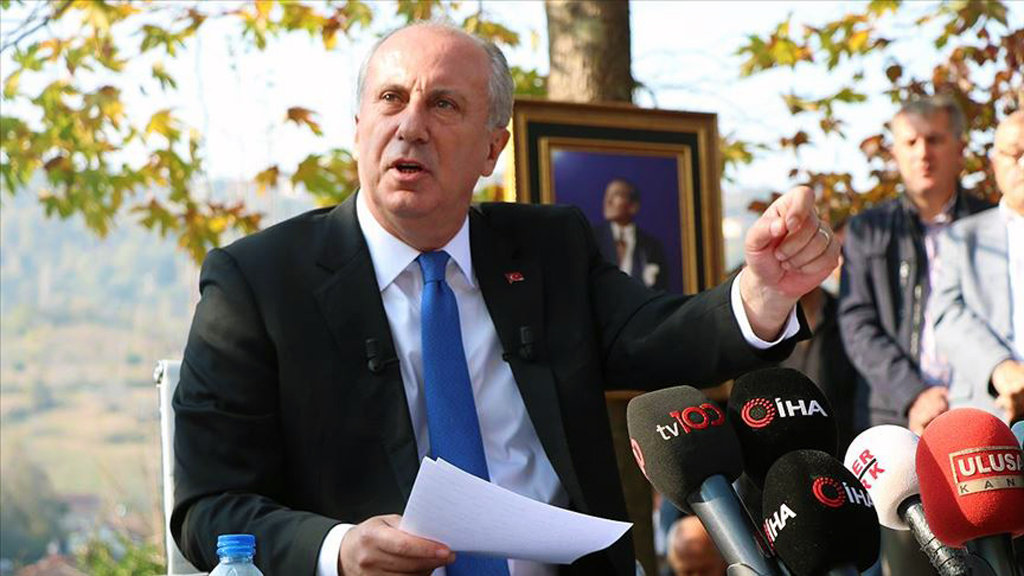 Turkey's main opposition, the Republican People's Party (CHP), has been caught up in the midst of a heated debate over the last few days. Rahmi Turan, a columnist for the Turkish language daily, Sözcü, alleged last week that Turkish President Recep Tayyip Erdoğan had hosted a senior CHP member at the Presidential Complex urging them to contest the race for CHP chairman.

Turkey’s main opposition, the Republican People’s Party (CHP), has been caught up in the midst of a heated debate over the last few days. Rahmi Turan, a columnist for the Turkish language daily, Sözcü, alleged last week that Turkish President Recep Tayyip Erdoğan had hosted a senior CHP member at the Presidential Complex urging them to contest the race for CHP chairman.

Before long, it became clear that no such meeting had taken place. Other details, including the name of the opposition figure and the license plate number of their car, proved inaccurate also, meaning that by the end, CHP Chairman Kemal Kılıçdaroğlu was forced to backtrack on earlier comments, claiming that he was merely warning against Erdoğan’s attempts to destabilize the main opposition party.

Rahmi Turan’s claim would have been dismissed as hearsay, as is commonly the case, had it not been for two major developments. The first of these was Kılıçdaroğlu public acceptance of the allegation in an attempt to score political points. The second, meanwhile, was the Turkish president’s doubling down on the truth of the incident, skillfully catching Kılıçdaroğlu off guard. The CHP leadership will no doubt be engulfed by a long spat of finger-pointing as a result, but for now, what’s done is done.

Kılıçdaroğlu and Turan, together with the pro-opposition Sözcü newspaper and CHP party in general, have emerged as the obvious losers in the debacle. Some experts have claimed that Ekrem Imamoğlu, Istanbul’s mayor, on the other hand, has come out on top. Meanwhile, Muharrem İnce, who ran for president in 2018 on the CHP ticket, recalled certain developments from that campaign, warning against a “gang at the headquarters” that carried out such operations.

İnce’s comments have fanned the flames of the party crisis, with disgruntled figures from all levels putting the group’s dirty laundry out for all to see – including intra-party competition and allegations of an ongoing purge. The television news is awash with interviews with officials where there are no shortages of plot allegations.

My understanding is that the latest “operation” was a message to İnce. The plotters urged the CHP heavyweight not to contest the 2023 presidential election, indicating that they had another candidate in mind. Whether İnce received that message remains to be seen. At the same time, the debacle was a body blow to Kılıçdaroğlu, regardless of whether he has been involved in any such plotting or not. There is no reason as yet, however, to believe that this setback will hurt Kılıçdaroğlu’s chances of re-election at next year’s CHP convention.

Yet the CHP chairman is unlikely to run for the presidency in 2023, either. Likewise, there is no evidence to support the claim that Imamoğlu wants to serve as CHP chairman. In other words, Kılıçdaroğlu and Istanbul’s mayor are not competing against one another. Most observers expect Imamoğlu to throw his weight behind the incumbent in the 2020 convention. But the main opposition party will continue to face criticism over its “post-truth” tactics in the coming months.

What caught my attention was the ease with which the CHP leadership and its allies in the media bought into this fake news in the first place. It was curious that the main opposition party’s chairman, not to mention a senior columnist for a pro-CHP newspaper, did not bother to confirm such an explosive allegation. That Kılıçdaroğlu would dare to launch an attack against Erdoğan with such weak ammunition, too, was noteworthy.

The assumption among CHP figures that one of them “must have” gone to see the president, and their readiness to believe this lie, is firmly rooted in the main opposition party’s contemporary political culture. This is not just about intra-party feuds: Feeding off anti-Erdoğanism, the CHP leadership has no problem believing that “the palace is capable of anything.” The main opposition’s identification of Erdoğan as a “powerful other” creates a certain vulnerability.

Having once forwarded Imamoğlu as an instant champion, party heavyweights have now fallen for yet another fairytale – the idea of a traitor in their midst plotting with the Turkish president.

It would seem that the discourse has a certain impact on logic. Kılıçdaroğlu’s tactics have not only hurt himself but the main opposition party as a whole. He should probably make sure that the spin doctors do not try to implement other plans in the fog of political war.

The age of mass protests and the new logic of politics
Next
Loading...
Loading...
We use cookies to ensure that we give you the best experience on our website. If you continue to use this site we will assume that you are happy with it.Ok