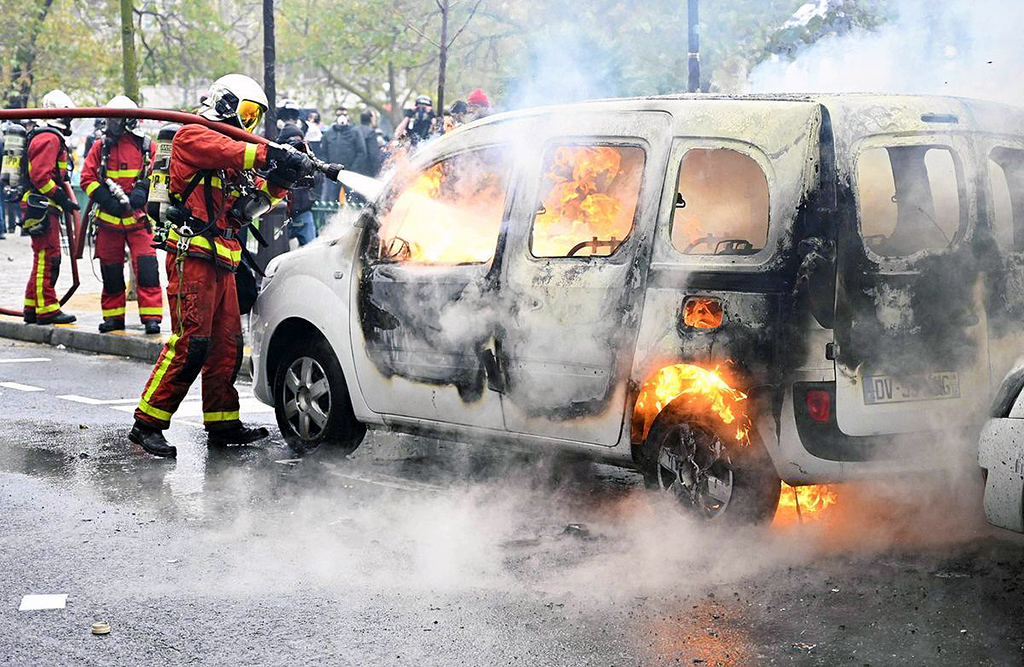 The age of mass protests and the new logic of politics

There is an emerging trend of popular protests all over the world. Citizens who are disenchanted by the conventional political system and procedures hit the streets to express their political and economic demands, or at least express their frustrations more vociferously. Especially the younger generations, who are less interested in regular electoral politics, have shown political consciousness in such a distinctive context.

There is an emerging trend of popular protests all over the world. Citizens who are disenchanted by the conventional political system and procedures hit the streets to express their political and economic demands, or at least express their frustrations more vociferously. Especially the younger generations, who are less interested in regular electoral politics, have shown political consciousness in such a distinctive context.

In the Middle East, Lebanon, Iraq and Iran have all experienced mass protests in the last several weeks. Protests turned into violence in the cases of Iraq and Iran, whereas Lebanese protesters managed to maintain a more peaceful form of collective action.

Protests are not just limited to the Middle East or the North African region. Footage of burning buildings, clashes between security forces and protesters, as well as burning tires are coming in from various countries, including Chile, Hong Kong, Bolivia, France, Haiti, Colombia and Indonesia. It seems that the protest movements are contagious and getting more pervasive every day. Protesters in different places share similar concerns and similar expectations from their governments.

There is no indication that the protests in different countries have a coordinated agenda, nor do they seem to be managed from any specific center. In the cases of yellow vest protests in France, as well as in Chile, Lebanon and Iraq, the respective governments have promised to meet some of the protesters’ expectations. Still, the demonstrators did not wholly abandon their activism. In most cases, the mistrust against the governments and the skepticism towards political leaders prevent settlement opportunities.

The protests also have broader structural causes and they are the consequence of an accumulation of long-term frustrations. The usual political spheres and institutions are perceived as insufficient to bring forward a change in regular institutional channels. That is why they are likely to continue for an extended period until the political systems start to accommodate the protesters’ structural expectations. Protesters in many countries do not want to back down having only accomplished minimal achievements. Governments also do not want to yield to the demonstrators, having concerns that the mass protests may turn into a mechanism for political and economic gains.

Corruption claims against government agents; rising economic inequality; rising levels of urban poverty; a sudden increase in the prices of fundamental necessities, failures in services such as education, public health and transportation; and politicians’ indifference to the political and economic expectations of younger generations are some of the immediate reasons behind all these protests.

In the cases of Hong Kong and Bolivia, the demonstrations have predominantly political aspirations as well. Iraqi and Lebanese protesters want their governments to overcome political fragmentation and deal with the sectarian polarization that turns their governments into dysfunctional bodies. Problems in the governing structures and state failure or government failures to meet the expectations of the people are at the center of many of these protests.

Political systems in many of those countries have failed to deliver a more fair distribution of wealth and participatory framework to political decision-making. That is why the fundamental divide in politics will be between pro- and anti-establishment political forces rather than between ideological, ethnic or religious divisions. It is still not clear whether the anti-system or anti-establishment parties will attract street activism to the electoral domain, but it seems that the conventional political arrangements will face a structural transformation in the coming years.

CHP trapped in intraparty struggle, again!
Next
Loading...
Loading...
We use cookies to ensure that we give you the best experience on our website. If you continue to use this site we will assume that you are happy with it.Ok