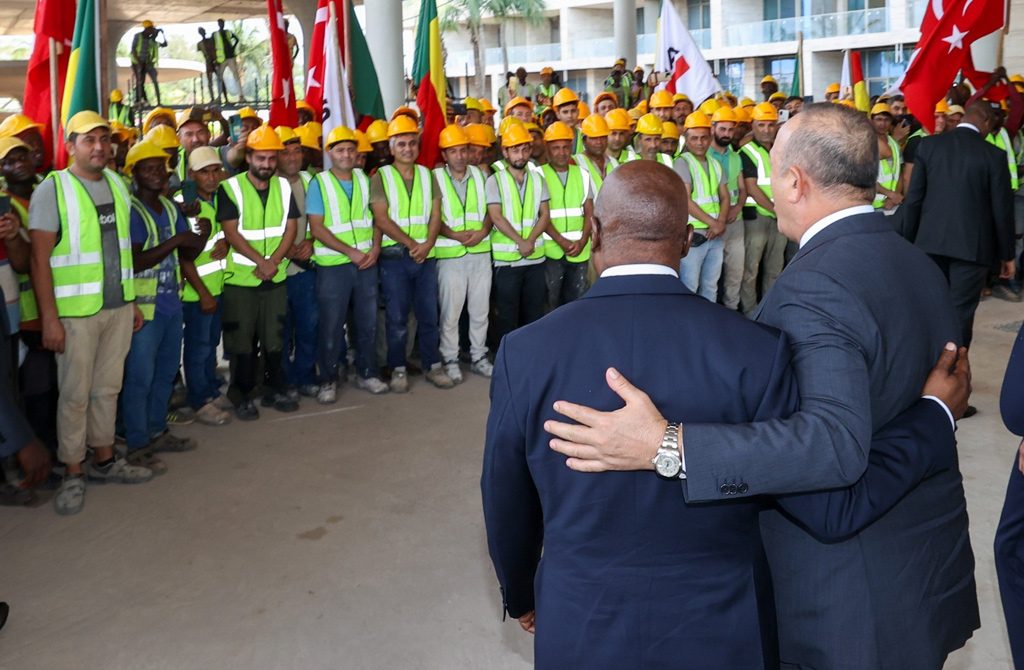 Türkiye has been following a multilayered policy toward the African continent

Last week, the Department of International Relations at the Social Sciences University of Ankara hosted Ambassador Nur Sağman, the director-general of West and Central Africa within the Ministry of Foreign Affairs, for a conference. She explained how Turkish diplomats have adopted a new diplomatic style throughout the African continent, a blend of humanitarian relations and traditional diplomacy. In essence, Turkish diplomats working in the continent not only improve diplomatic relations but also contribute to cultural and humanitarian relations between the two sides.

Ambassador Sağman underlined that we have to avoid using a political discourse that will offend African states and people. To her, describing relations as “Türkiye’s policy towards Africa” connotes unilateralism and a hierarchy. She described the relations between Türkiye and Africa as a partnership between the two sides. In other words, Türkiye is very careful not to impose a hierarchical relationship, which is generally preferred by the old colonialist states, with African countries. Türkiye has no hidden agenda toward the continent and has been using a win-win strategy in its relations. Türkiye aims to contribute to the progress of African countries and seeks to have an equal partnership with all states, which will allow all sides to maximize their national interests.

On the other hand, the number of African embassies in Ankara has increased from 10 in 2008 to 38 in 2022. That is, the increase in embassies is mutual.

Second, the total amount of bilateral trade between Türkiye and Africa has increased from $5 billion in 2002 to $35 billion in 2021. Turkish companies have been undertaking huge economic projects in different African countries. The volume of projects undertaken by Turkish contracting companies reached the level of $77.8 billion. As of today, there are 45 joint business councils with African countries.

Third, Türkiye has been contributing to the economic development, infrastructure, employment, military, health, agriculture and education of African countries by establishing joint projects with partner countries. Many Turkish institutions have been working to make different contributions. For instance, through its 22 coordination offices in the continent, the Turkish Cooperation and Coordination Agency (TIKA) has developed many joint projects throughout the continent that contribute to the improvement of economic and social life. TIKA has been trying to train the trainers. For example, it developed a project designed to improve nursing care and trained many nurses.

Similarly, the Maarif Foundation has been providing quality education in many African countries. The Presidency for Turks Abroad and Related Communities (YTB) has been providing scholarships to African students and thousands of African students are educated in Türkiye. Türkiye has been training the Somalian national army at a military training camp in Mogadishu. Through these training projects, Türkiye, which is always ready to share its experience with African governments to achieve their objectives, has been trying to ensure that African resources are used for the benefit of African people.

Türkiye has been following a multilayered policy toward the continent. Türkiye has established solid relations with African countries not only at the governmental level but also at the sub-governmental, business and civil society levels. Dozens of Turkish nongovernmental organizations (NGOs) have been providing humanitarian assistance to deprived groups and regions.

Fourth, unlike most countries, Türkiye is against isolating the African people during natural disasters or political crises. Türkiye insistently continues to provide external access to crisis areas. Therefore, Turkish Airlines (THY) is the airline that flies to the most destinations in Africa. For now, THY flies to 62 destinations in 41 different African countries. It was and still is the only connection for many states and regions.

Fifth, the Turkish-African partnership has been consolidated and institutionalized through mutual high-level visits. Türkiye and the African Union have jointly been organizing Turkish-African summit meetings every four years. The third summit was held in Istanbul in 2021 and was attended by 16 leaders and 100 ministers. Leadership diplomacy plays an especially significant role in the consolidation of bilateral relations.

President Recep Tayyip Erdoğan has paid 53 official visits to 31 different African countries in 20 years. He has visited Africa more than any other outside leader. On the other hand, many African leaders have been paying official visits to Türkiye.

All in all, Türkiye has been attaching great importance to the African continent and trying to develop its relations with the continent on the basis of equal partnership and mutual benefit. Since Türkiye has established a unique partnership model with African countries, it does not compete with any other country on the continent. This special partnership has led to the establishment of mutual trust between the two sides in improving bilateral relations and in overcoming domestic and global challenges. Within this context, Türkiye and African countries will continue to cooperate on regional and global platforms.

Turkish opposition's 'cocktail vision'
Next
Loading...
Loading...
We use cookies to ensure that we give you the best experience on our website. If you continue to use this site we will assume that you are happy with it.Ok