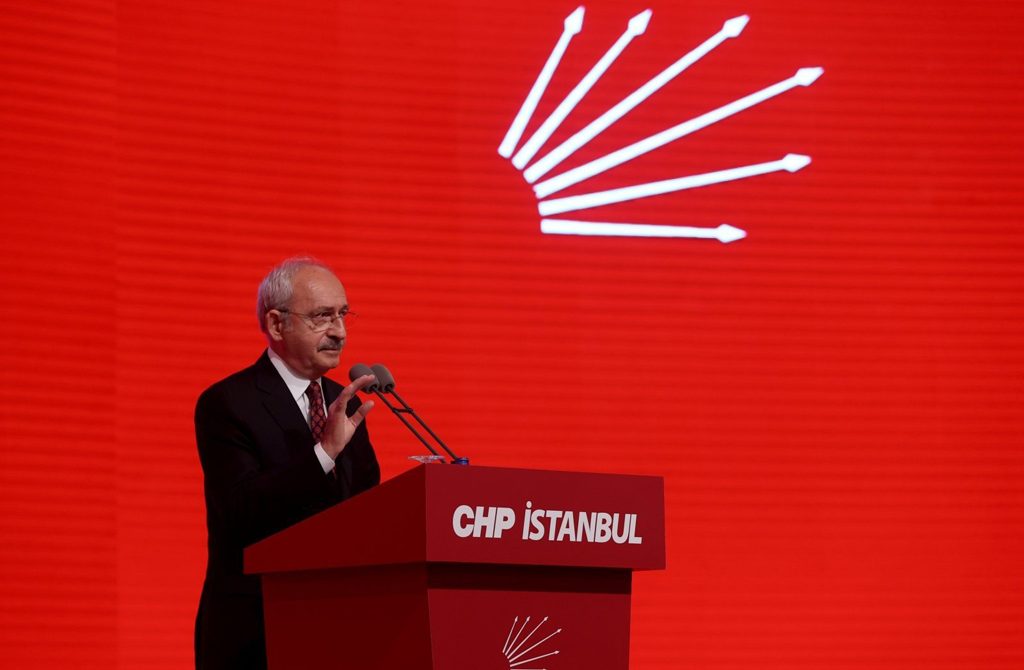 The presentations could not clarify how the CHP leadership intended to bridge the gap between neoliberal policies and popular recommendations, and amounted to fragmented peeks into its vision. In other words, it seemed like 'a cocktail'

Republican People’s Party (CHP) Chairperson Kemal Kılıçdaroğlu unveiled his vision to the general public on Saturday. Featuring online presentations by the main opposition party’s American consultant and several academics, the ceremony felt like a workshop and failed to present a “coherent, plain and memorable” vision.

Indeed, Kılıçdaroğlu’s vision would have been more comprehensible, had the CHP elites spent some time on those academic presentations to present voters with a synthesis of the relevant proposals. Instead, the CHP leadership appears to have prioritized highlighting their consultants to give the impression that they have serious plans for the economy. Since I believe that the competition among vision documents contributes to our democracy, I will review the CHP’s vision today – as I analyzed the opposition bloc’s proposal for an “augmented” parliamentary system.

First and foremost, Kılıçdaroğlu’s vision lacks a motto. Unlike President Recep Tayyip Erdoğan’s idea of the “Century of Türkiye,” the main opposition party opted for “a call for the second century” – which is chronological and lacks ambition. Meanwhile, the presentations could not clarify how the CHP leadership intended to bridge the gap between neoliberal policies and popular recommendations, and amounted to fragmented windows into its vision. In other words, it seemed like “a cocktail.”

To be clear, the main opposition party has been trying to transform itself for some time, itself becoming a kind of cocktail of discourses, visions and policy proposals. In a way, it cannot create a new leftist political framework as it focuses on appealing to various social groups. For example, the CHP cannot say anything progressive about income equality out of fear that they will alienate foreign investors and big businesses. Consequently, it fails to make new and ambitious policy proposals for the people.

Meanwhile, as Kılıçdaroğlu’s reference to five pillars demonstrated, the main opposition party tries to reach goals that the Justice and Development Party (AK Party) governments have either reach or pledged to reach after next year’s election: Industrial transformation, labor force transformation, energy independence, an abundance of food supplies and rapid job creation.

Moreover, it was noteworthy that Kılıçdaroğlu has been borrowing the term “The New Türkiye” from the AK Party, which used it for long years, in his most recent statements, including the vision speech. Despite all those challenges, it is possible to argue that Kılıçdaroğlu’s attempt to develop a vision for the economy creates an advantage for him in the race for the joint presidential candidacy. Let me add that the main opposition leader has been trying to position himself as a “coordinator-president.”

Kılıçdaroğlu praises his fellow opposition leaders, who are seated around the “table for six,” yet the vision he unveiled showed that those parties have not agreed on a common vision. According to Ali Babacan, the Opposition Democracy and Progress Party (DEVA) chairperson who has been focused on the opposition bloc’s technical work, “The table for six and its presidential candidate will have a single policy on agriculture, the economy and foreign affairs.”

However, Kılıçdaroğlu is going after “a brand new union of forces” and a unity “above politics.” That is a union of some 70 experts from Türkiye and the rest of the world, who shall form a brain trust “above politics.” Would the technical and academic solutions, that those experts develop, help the opposition bloc agree on a common policy set? Or will they highlight the contradiction between politics and technical issues? That remains to be seen. In the end, the six opposition parties, which have difficulties endorsing a common policy, may have to deal with this problem of being “above politics.”

The “table for six” is getting ready to unveil its road map and policy documents. Even if those documents amount to a “single” policy, as Babacan insists, it remains difficult for the opposition to bridge the gap between the many windows into its vision. It is certainly excessive to expect six political parties to endorse a single presidential candidate and act like a single political movement.

Ahead of next year’s elections, the most important issue for any politician is to “convey a coherent and clear vision to the electorate.” The opposition, which still suffers from a chaotic multitude of stakeholders and visions, needs to make up its mind and connect with voters by election day.

Experts discuss conflict resolution and peacebuilding at TRT World Forum
Next
Loading...
Loading...
We use cookies to ensure that we give you the best experience on our website. If you continue to use this site we will assume that you are happy with it.Ok