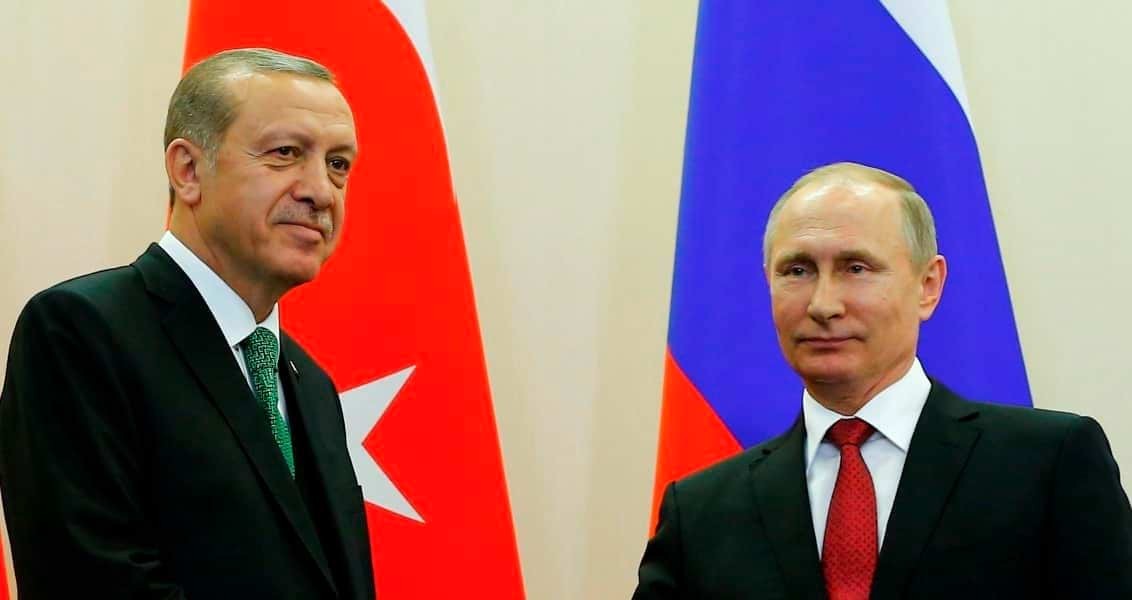 Seeking a balanced policy with the U.S. and Russia in the region, Turkey is determined to not let the Kurdish militants form any kind of entity

President Recep Tayyip Erdoğan’s most important international visits in May will take him to Sochi and Washington, D.C. In Russia and the United States, Turkey will engage in key negotiations related to the cease-fire between the Bashar Assad regime and the Syrian opposition and the position of both countries on the PKK-affiliate, the People’s Protection Units (YPG).

It is no secret that the White House will presumably wait until the Turkish president’s visit before making a final decision on Syria. On May 16, it will become clear whether U.S. President Donald Trump’s friendly attitude over the phone will translate into policy.

The crucial question is to what extent President Trump, who has been struggling with the establishment, can change the view CENTCOM and the Pentagon have on the PKK-YPG. It remains unclear whether the White House can outmaneuver the military, whose spokesmen recently confessed to the country’s partnership with the PKK despite Washington considering the group a terrorist organization.

Ahead of the historic meeting between the two leaders, two important developments took place. First, Turkey launched airstrikes against PKK-YPG positions in Iraq and Syria. According to media reports, U.S. officials were frustrated with Turkey’s actions, even though they had advance warning. As the Russians mildly criticized the operation, the U.S. saw proof of Turkey’s commitment to fight the PKK.

The second important development was President Erdoğan’s meeting with Russian President Vladimir Putin in Sochi to complete the normalization of diplomatic relations, which had begun last summer.

The Russian media described the meeting as ‘a return to partnership.’

Meanwhile, Mr. Erdoğan had no problem referring to his country’s relations with Russia as ‘some form of strategic partnership.’ With the exception of import restrictions on Turkish tomatoes and visa requirements, Ankara and Moscow have overcome all problems across a range of areas, including tourism, agriculture, textile, nuclear energy and the Turkish stream.

On his way back from Sochi, the Turkish president shared an additional piece of information with reporters: Turkish, Chinese and Russian leaders are due to hold a trilateral meeting, which shows that Ankara remains an important player in the competition between great powers.

Earlier this week, an important idea was introduced at the Astana summit, where Turkey, Russia and Iran were joined by senior U.S. State Department officials for the first time: de-escalation zones across Syria.

This new concept, which Mr. Putin said President Trump supported, aims to stop violence between the Assad regime and the Syrian opposition in order to focus on a political transition and the war against Daesh.

For the Turks, the de-escalation zones mark a first step toward terror-free safe zones, which they consider a key step towards a peaceful resolution in Syria.

Still, the most complex problem remains the future of the PKK-YPG. Although Mr. Putin told the Turkish leader that he would look into images of Russian troops and YPG militants, it would be unrealistic for Moscow to cut ties with the group and hand them over to Washington.

At a time when the relations between Russia and the U.S. remain strained, Turkey continues to play an ambitious role: By striking a balance between the two countries, the Turks want to prevent the PKK-YPG from forming an independent entity in Syria and Iraq.

Boosting Economic Ties Priority in New Turkish Foreign Policy
Next
Loading...
Loading...
We use cookies to ensure that we give you the best experience on our website. If you continue to use this site we will assume that you are happy with it.Ok