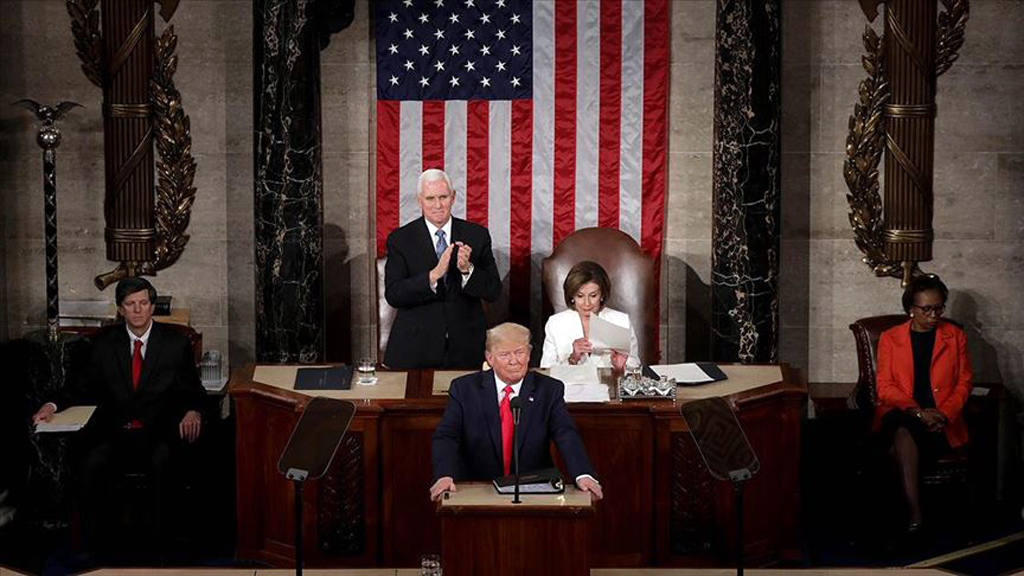 Last week the White House presented its “Strategic Approach to the People’s Republic of China,” a report delivered to the members of the U.S. Congress in accordance with the 2019 National Defense Authorization Act. It is almost an update from the administration in regard to the implementation of the policies cited in the National Security Strategy (NSS) of 2017.

Last week the White House presented its “Strategic Approach to the People’s Republic of China,” a report delivered to the members of the U.S. Congress in accordance with the 2019 National Defense Authorization Act. It is almost an update from the administration in regard to the implementation of the policies cited in the National Security Strategy (NSS) of 2017.

The timing of the release of this report is particularly important given the significant tension between the two countries over the COVID-19 outbreak. The report demonstrates that independent of the nature of the outbreak, the tension between China and the U.S. will continue to exist in the coming period. There are a few points in the document that are important to fully comprehend the U.S. strategy for this part of the world.

Firstly, the report started by stating how the U.S. had been wrong in its assessment of China. Unlike the expectations of U.S. policymakers, the economic opening of China did not bring a similar wave of political development in the country. More significantly, according to the report, while the U.S. was expecting an era of cooperation with China, Beijing achieved much more economic success than many expected and in fact started to flex its muscles to gain more influence in world politics.

Beijing today has posed different challenges for the U.S. and President Donald Trump’s administration and from very early on started mentioning those challenges. For Trump, the trade imbalance between China and the U.S. is the most significant problem that the U.S. is facing today. The report also listed economic challenges as the first challenge that China poses to the U.S. These economic challenges entailed a wide variety of issues, including protectionism, intellectual property rights infringement and cyber theft of trade secrets.

There are also well-known security challenges that China generates for the U.S. pertaining to the East China Sea and the South China Sea and its high military spending. According to the report, China is also accused of posing challenges for American values.

The report argues that considering these challenges and the new foreign policy objectives of China, the U.S. has to rethink its approach toward Beijing. Several policy objectives were provided in the report to challenge China’s policies, such as “Protect the American people, the homeland and the American way of life,” “Promote American prosperity,” “Preserve peace through strength” and “Advance American influence.” The report indicated that the U.S. administration is taking the necessary steps to implement the China-related parts of NSS 2017.

It is not surprising for the U.S. administration to take these steps considering the rising challenge from China and the uncertainty and unpredictability the COVID-19 crisis generates for the world and U.S. foreign policy. However, there is a major question about how to achieve these objectives listed in the document. In recent years, U.S. foreign policymakers announced these forms of plans frequently sometimes through press conferences.

However, in most instances, these plans have become wishful thinking. Secretary of State Rex Tillerson for instance announced a Syria strategy in early 2018 with a similar set of challenges and priorities. What was missing for many people was a thorough strategy that would help in the achievement of these objectives. There is an emphasis on the significance of bringing together the U.S. allies and partners however given the lack of trust among the allies and partners today, it is not clear how the U.S. will achieve such an outcome. Thus for many of the U.S. allies, the strategic approach that the U.S. presented is just a wish list unless the U.S. takes some steps and demonstrates some ways to implement this strategy. To earn this trust and credibility should be the first priority of U.S. foreign policy in this period.

Libya at a critical juncture
Previous

Challenges for new political parties in Turkey
Next
Loading...
Loading...
We use cookies to ensure that we give you the best experience on our website. If you continue to use this site we will assume that you are happy with it.Ok