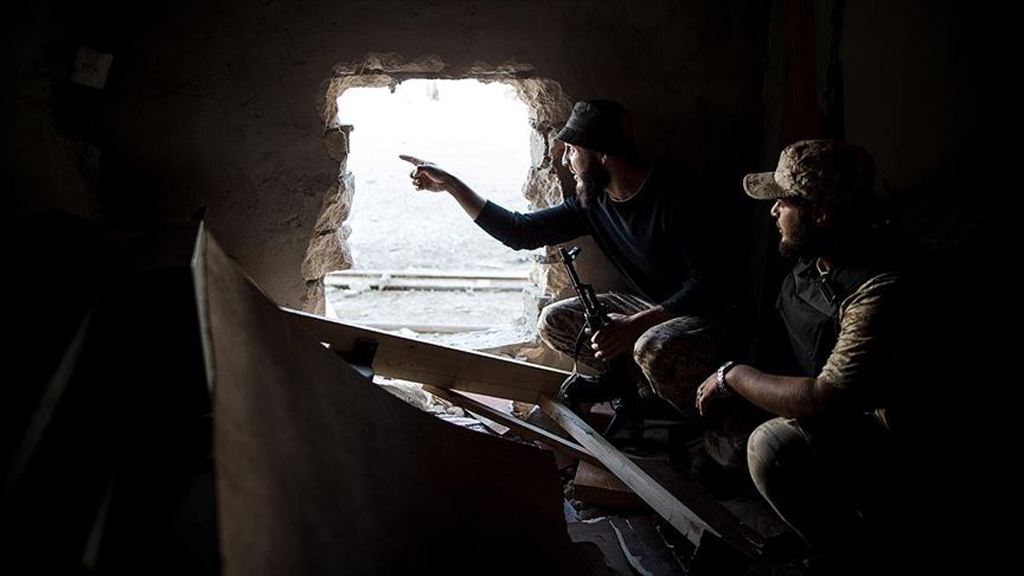 Libya at a critical juncture

On April 4, 2019, the putschist Gen. Khalifa Haftar started his well-funded and well-supported campaign to take Libya's capital Tripoli and topple the internationally recognized Government of National Accord (GNA) run by Prime Minister Fayez al-Sarraj. Haftar's forces were initially successful in taking over many cities in Western Libya and encircled Tripoli.

On April 4, 2019, the putschist Gen. Khalifa Haftar started his well-funded and well-supported campaign to take Libya’s capital Tripoli and topple the internationally recognized Government of National Accord (GNA) run by Prime Minister Fayez al-Sarraj. Haftar’s forces were initially successful in taking over many cities in Western Libya and encircled Tripoli. Just a couple of months ago, Russian mercenaries came several kilometers into Tripoli, engaging in urban warfare against the Libyan Army. Chinese-made Wing Loong II drones provided by the United Arab Emirates (UAE), as well as rockets provided to Haftar, targeted critical locations and civilian infrastructure in GNA-controlled areas across western Libya. Some cities were forced to switch their allegiance to Haftar’s self-declared Libyan National Army (LNA) as a result. The coalition supporting the renegade general – namely, the UAE, Egypt, France and Saudi Arabia – was confident about the swift victory their “strong man” in Libya could guarantee – Russian, Sudanese and Chadian mercenaries having played a vital role in the frontlines the GNA’s forces.

Two key agreements between the GNA and Turkey in late 2019 changed the course of the civil war in Libya. The GNA signed agreements on military cooperation and a maritime boundary with Ankara. Despite the GNA’s weak position against the pro-Haftar coalition, Ankara decided to work with the internationally recognized government in Tripoli. Turkey’s military support to the GNA, especially in terms of drone warfare, has changed the balance of power on the ground. Technologically advanced Turkish drone technology and military advisors, as well as Syrian fighters on the ground, have reversed the LNA’s gains since January. With Turkish help, the GNA has taken control of several towns in recent weeks and most significantly, captured the al-Watiya air base near the Tunisian border. Turkish TB2 drones have destroyed several of the LNA’s Russian-made Pantsir air defense systems. The GNA’s effective drone warfare tactics have demoralized Haftar’s coalition and especially led to the retreat of foreign fighters and mercenaries.

The GNA’s capture of al-Watiya air base was a critical turning point within the fight. Al-Watiya is close to the Tunisian border and represents a key strategic asset in Haftar’s offensive on Tripoli and the entire campaign to take over the western portion of Libya. Following the fall of the air base, the GNA also managed to extend their control over the camps of Yarmouk, al-Sawarikh, and Hamza south of the capital. Russian mercenaries from the Wagner Group previously held the Yarmouk base. Wagner forces left the base for Bane Waled, before retreating to the Jufra air base – gradually withdrawing from the southwestern parts of the country. The GNA has declared a two-day cease-fire to allow for this withdrawal to the southern and eastern parts of the country.

The GNA’s capture of the critical military facilities and the withdrawal of the Russian mercenaries is a significant blow to Haftar and the coalition supporting the LNA. There has already been voiced certain criticism of Haftar in Benghazi and Tobruk. The Tobruk-based House of Representatives (HoR) Speaker Aguila Saleh also expressed his criticism of Haftar’s plan, announcing a political initiative to unilaterally disperse the HoR and Libyan Political Agreement in response to these setbacks on the field. The coalition supporting Haftar and the LNA are crumbling and probably considering alternative scenarios for the future of their Libya adventure.

Another significant development happened with the declaration of U.S. General Stephen Townsend as AFRICOM commander. Townsend said: “Russia has introduced fighter aircraft to Libya to ‘tip the scales’ in the country’s civil war, a move the command characterized as a step toward a possible security threat to NATO.” Russian fourth-generation fighter jets have the potential to change the future of the fighting in Libya. Russian authorities deny their direct involvement in Libya, but the field’s intelligence reports contradict this narrative. If Russia obtains bases in Libya and introduces long-range weapons systems, it would pose a significant security risk to the southern flank of NATO. This may also intensify the power dynamics across Africa. Russia’s endeavors may appear as a bargaining chip for Moscow to strengthen its position in the Eastern Mediterranean in light of the country’s plans to expand influence in Africa. In any case, Russia seems to be testing the waters with these further steps.

A Russian presence would mark another powerful dynamic in the future of the Libyan Civil War. Libya may turn into a more dangerous place, not unlike Syria, if the emerging stalemate is not pushed into the direction of a diplomatic process in the coming weeks. We are now at a critical juncture in the Libyan Civil War. If the great powers move towards a power rivalry and consider Libya a place for proxy conflict, this may trigger another cycle of escalation. Local actors on both sides of Libya and the foreign actors involved in the war have clear responsibilities. The first step in this new normalization process should be to send the incompetent renegade Haftar and his sons into a comfortable exile. The U.S. and European powers should also tame the aggressive ambitions of the UAE’s Prince Muhammed bin Zayed to stop the further destabilization of the region. These steps may pave the way for a new political process in Libya. After all, a further escalation of the conflict could be devastating for Libya if it cannot be prevented.

From Libya to Syria, Turkey stands to gain strength in post-coronavirus period
Previous