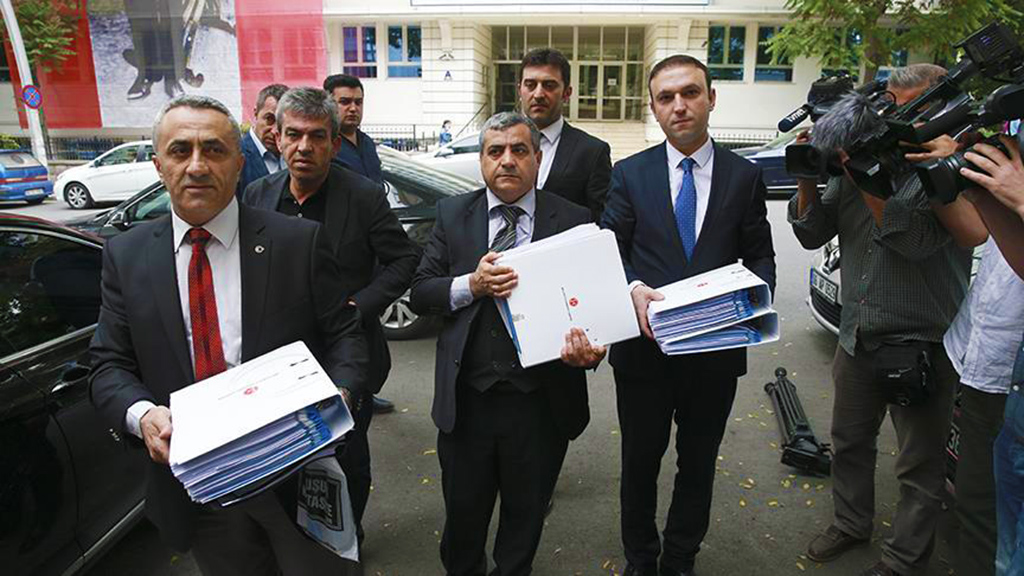 Turkey is going through an intense and multifaceted campaign period ahead of the June 24 elections. Until now, the various campaigns haven't focused on a single issue.

Turkey is going through an intense and multifaceted campaign period ahead of the June 24 elections. Until now, the various campaigns haven’t focused on a single issue.

Although opposition candidates are obviously trying to replace President Recep Tayyip Erdoğan, the country remains less polarized than it was ahead of the April 16, 2017 constitutional referendum. This is partly due to the fact that Muharrem İnce and Meral Akşener dialed down the rhetoric of restoring the parliamentary system and, at least for now, are not talking about “one-man rule.”

Clearly, there could be some movement in the home stretch, especially as Mr. Erdoğan shifts his attention from foreign policy to domestic politics.

Throughout the past week, Turks had been talking about the Trump administration’s decision to relocate the U.S. Embassy in Israel, the Gaza massacre and ways to protect Jerusalem. On Monday, however, attention shifted to the candidate lists released by various political parties. Going forward, the public debate will concentrate on the candidates themselves, newcomers and outgoing figures, and how the lists could impact the balance of power within individual parties. The exclusion of Mr. İnce’s allies in the Parliament from the Republican People’s Party’s (CHP) candidate list, for example, has been the subject of a heated debate in recent days.

The AK Party, in turn, effectively stressed the importance of the Parliament by nominating the vast majority of cabinet ministers, including the prime minister, for parliamentary seats. As such, the ruling party proved wrong critics, who argued that the presidential system would render the legislative branch ineffective.Provided that parties are able to form electoral alliances under the new rules, Turkey’s next Parliament will feature a larger number of political parties. Under the circumstances, the presence of former cabinet ministers in the legislative assembly will undoubtedly strengthen the AK Party’s hand, as the party will benefit from their expertise and experience. Meanwhile, the nomination of 167 incumbent parliamentarians by the ruling party shows the AK Party leadership’s emphasis on controlling the caucus and passing legislation.

There is a lot of interest in the June 24 elections, which, commentators from all sides agree, will be a turning point in Turkey’s political history. It is quite difficult to predict voter behavior, however, since two elections will take place simultaneously.

To be clear, voters will engage in a new decision-making process themselves. Under the new rules, they must take into account presidential candidates, electoral alliances and the parliamentary candidates of the various political parties. Provided that the candidate lists were revealed on Monday, it is safe to assume that voters will make up their minds shortly.

With the notable exception of Istanbul and Ankara, local politics will have a big impact on the electoral process under the presidential system.

As such, voters will focus on the profiles of individual candidates to reach their decision. Keeping in mind that alliances, not just individual parties, will compete on June 24, many voters who will support the People’s Alliance or the opposition’s Nation Alliance will presumably keep under consideration the candidates of other members of their alliances of choice.

Provided that the AK Party and the Nationalist Movement Party (MHP) formed the People’s Alliance gradually since the July 15, 2016 coup attempt, their respective bases had time to adapt to that arrangement. Still, a series of surveys to be conducted over the next days will establish whether there will be a high level of volatility between the AK Party and the MHP in light of their candidate lists.

The Nation Alliance, by contrast, is relatively new and, ultimately, a marriage of necessity. It remains unclear how supporters of the Felicity Party (SP) feel about the fact that most of the alliance’s votes will be channeled into the majority partner, which happens to be the CHP.

As the People’s Alliance will focus on the presidential system and highlight the importance of Parliament at campaign events, opposition candidates will presumably step up their criticism. Meanwhile, it remains to be seen what the campaign will look like once President Erdoğan starts campaigning around the country to secure re-election.

Taking over guardianship of Jerusalem
Previous

The meaning of the Iraqi elections
Next
Loading...
Loading...
We use cookies to ensure that we give you the best experience on our website. If you continue to use this site we will assume that you are happy with it.Ok