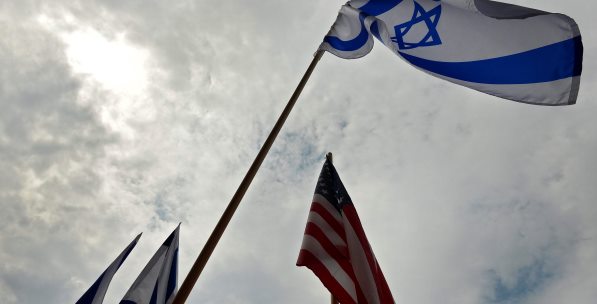 The US presidents appeasement of Israel would shame his former dining partners, whose own stories capture Americas problematic relationship with the Middle East.

A photograph circulated during President Obama’s 2008 campaign has become popular once again. It’s a picture of Obama, in his Chicago days, sharing a meal with Edward Said, Rashid Khalidi and Ali Abunimah – taken probably sometime in the mid-1990s.

This time around, the picture is being circulated by those who want to condemn the atrocities Israel is perpetrating and Obama for remaining silent in the face of it. Just the fact that Obama – or a picture of him – can serve the interests of two existentially opposed camps speaks volumes. And the stories of those sharing a meal with him in the photograph tell an illuminating story of America’s trials and tribulations with the problem of Israel.

I attended an Edward Said speech once in Casa Italiana in New York, in March 2003, six months before his death, and shortly before the US invaded Iraq. It was a year after the occupation of Afghanistan, the preparations for the invasion of Iraq were on their way and the last few scenes were being played out in the UN, which had become a theatre to this sham.

The event that occasioned the talk in the midst of all that bleakness was the jubilee of Said’s book Orientalism. It was possible to see Said chanting slogans in a square in New York one day, and in an academic setting living up to every bit of his image as “the salt of the earth”. Said’s image of standing up to Israeli soldiers, despite his 60-something years, in his documentary about Palestine is burned into our brains. Not to mention, the iconic image of Said throwing stones in the direction of Israeli soldiers in southern Lebanon.

In short, he was unique. In his last 11 years, Said drew attention to a “modern religion” he called “American Zionism”, which, he wrote, was made possible in the space carved by the events of 9/11. This was something that transcended beyond the Israel lobby that had been operating efficiently in America for many years. Said, who gave all the warnings of it, would not live to see how “American Zionism” operated during the Bush years.

The second person in the picture, Rashid Khalidi, is a scholar who is known for his seminal work in the history of the Middle East. He belonged to Obama’s inner circles, so much so that Obama, during his 2008 campaign, said that Khalidi was one of the “consistent reminders to me about my own blind spots and my own biases … It’s for that reason that I am hoping that, for many years to come, we continue that conversation – a conversation that is necessary not just around Mona and Rashid’s dinner table but around this entire world.” Obama’s praise for Khalidi had left him vulnerable to the terror attacks of both the academia and media outlets of the Israel lobby.

The last person in photograph, Ali Abunimah, is the American born son of a displaced Palestinian family by Israeli occupation. Abunimah, who is substantially younger than the other two, is an intellectual and activist. He was a sought after media personality in America, especially in the beginning of the 2000s during Sharon’s assault on Palestine. Of course, this did not last long. Abunimah was one of those who had to pay the price of American Zionism that took residence after 9/11.

Israel's Moment of Madness
Next
Loading...
Loading...
We use cookies to ensure that we give you the best experience on our website. If you continue to use this site we will assume that you are happy with it.Ok