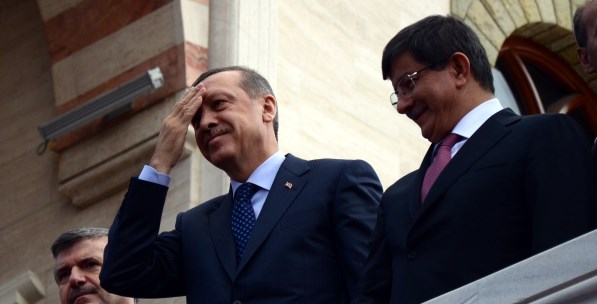 Turkey showed great political leadership and pushed for accelerated integration with her Middle Eastern neighbors up until the explosion of the Syrian War and the military coup in Egypt.

The recurrence of unilateral Israeli aggression on constructed pretexts and acute humanitarian suffering in Gaza forces us to show our democratic reactions, and more importantly, to rethink broader conditions for a sustainable peace in the Middle East. As Turkey’s Foreign Minister Ahmet Davutoglu aptly stated, in the collective memory and common imagination of its endogenous people and intellectuals, the Middle East is not a “swamp” as claimed by certain alienated diplomats. But rather, it is a highly prized region which had been a cradle of cultural values and a foundation of self-perception and civilizational belongingness.

But it is also a fact that as the “kingdom of international political economy,” the Middle East had been subjected to intense levels of great-power meddling and destructive domestic regimes over the last century. The legacy of traumas left by colonialism, Cold War confrontations, autocratic leaderships, political oppression and economic rentierism produced a bleak picture for democratization, economic development and peace in the region. This point was confirmed by the dramatic “authoritarian reversals” that we observed over the course of the Arab awakening process. Unfortunately, the saga of Gaza and the Palestinian issue is located within this problematic and hardly promising regional political economy as the surrounding environment.

It is impossible to visualize the realistic chances of attaining sustainable peace in the Middle East, unless there is a substantial advancement in the Palestinian debacle. Likewise, it is unrealistic to expect a sustainable solution for the Palestinian issue through the intervention of global or associated regional powers without a corresponding change in the regional political and economic structure. As things stand, ultra-nationalist administrations in Israel could do their utmost to maintain a national atmosphere of schizophrenia and use minor (or imagined) attacks from the Palestinian territories as a pretext for all-out-war against Palestinian civilians every five years.

In addition to the unequivocal support of the U.S. administration, European powers and the Jewish diaspora, the fundamental factor that facilitates Israel’s mode of behavior as a “rogue state” frequently acting against international law and violating human rights has been the regional fragmentation in the Middle East. In terms of political cooperation, trade linkages and economic interdependence, the Middle East is so deeply divided that it is impossible to talk about a regional political economy. But as we nervously watch the unfolding humanitarian tragedy in Gaza and think of ways for a sustainable peace, we should be aware that no piece in the region can be permanent unless there is a measure of regional interdependence and economic integration to support political-legal arrangements. Only a regional political economy based on region-wide economic (and social) integration, complex interdependence and increased mobility of people and capital can provide the groundwork for a new regime of peace in the Middle East. Only this can lead to a sustainable solution of endemic problems such as the Palestinian issue. Otherwise, complex international negotiations and arrangements will be meaningless.

Turkey showed great political leadership and pushed for accelerated integration with her Middle Eastern neighbors up until the explosion of the Syrian War and the military coup in Egypt. When the dust settles in the region, Turkey will again shine with her capacity as a natural regional hub for economic integration and political cooperation. Israel’s unlawful aggression cannot be prevented until it is thoroughly isolated within a stable regional regime and the potential costs of isolation become unbearable for its people. Transforming the Middle East is a tumultuous task, but it is worth trying a million times to end the vicious circle of conflicts and aggression.

An Operation Against the Gülen Movement
Previous

Pass the Salt, Obama!
Next
Loading...
Loading...
We use cookies to ensure that we give you the best experience on our website. If you continue to use this site we will assume that you are happy with it.Ok