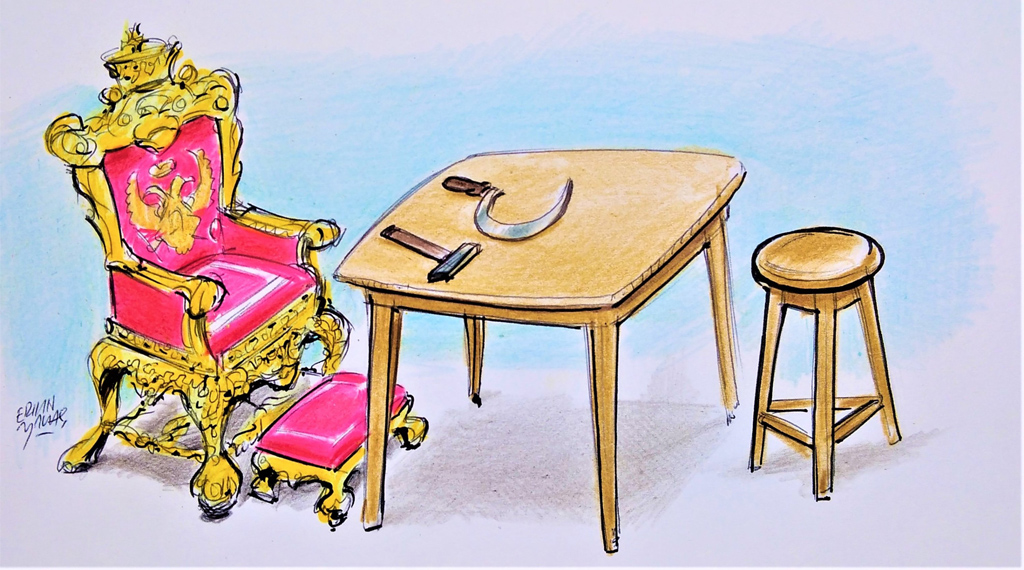 Negotiation table and Erdoğan’s warning for the West

A prolonged war in Ukraine would have a devastating impact on European security and the global economy. That is why we should expect diplomacy to gain momentum

The second day of the Russian attack against Ukraine brought “negotiations” to the forefront of public debate. The reason diplomacy was given a chance so quickly was quite obvious: Both sides need it. With the United States and Europe having abandoned his country, Ukrainian President Volodymyr Zelenskyy was compelled to announce that Kyiv was prepared to become “neutral.” Meanwhile, the Kremlin, which hoped to overthrow Ukraine’s government by seizing or imposing a blockade on its capital, too, said that it was ready to enter into negotiations. Still claiming that it is “liberating” the Ukrainian people as opposed to occupying their territory, Moscow must demonstrate that it does not shy away from diplomacy. Be that as it may, Russian President Vladimir Putin made sure to urge the Ukrainian army to topple Zelenskyy, whom Russia considers a pro-Western leader, saying: “It would seem that reaching an agreement with you would be easier for us than making a deal with those drug addicts and neo-Nazi gangs.”

‘Step down and save’

A prolonged war would mean human suffering, economic collapse and the Ukrainian lands outside the Donbass region being split. Indeed, Ukraine is unlike Syria, where hundreds of thousands of deaths have been ignored for the last 11 years. No government wants the current war to last a long time given the deep implications it would have on European security. Therefore, Zelenskyy could face pressure to “step down and save Ukraine” within a short period of time.

A prolonged war, too, would hurt Russian interests. Putin needs fast results as a quick victory would boost his popularity at home. Moreover, in a prolonged conflict, Moscow stands to face a broad range of challenges, from losing the Ukrainian people altogether to severe economic sanctions and war crime accusations. Invading the entire country while facing a resistance that will escalate into civil war could spell complete disaster for Putin. Finally, a prolonged war and skyrocketing civilian casualties would completely undermine Moscow’s attempt to justify its assault with reference to national security. Indeed, the U.S. and the European Union, which have not ventured beyond economic sanctions yet, could be compelled to impose certain sanctions on Russian energy as well.

The idea of “turning to diplomacy” is the subject of an ideological battle between the West and Russia. Since the crisis began, Western governments have been saying that Russia is not eager to engage in diplomacy. The Kremlin, by contrast, maintains that the West did not give diplomacy a chance. Russia’s Foreign Minister Sergey Lavrov responded to allegations of revisionism by saying that his country “did not occupy Ukraine” while urging the public to look at “what our critics have done in the past.”

Two things are worth noting amid this war of words: Primarily, Putin has repeated the mistake of his Soviet-era predecessors by giving U.S. President Joe Biden’s administration an opportunity to consolidate the Western alliance and NATO. At the same time, due to the Western alliance’s lack of decisiveness, Russia has taken another step toward rebuilding its empire and it could make additional demands regarding Georgia, Moldova and Eastern European countries.

Ahead of the recent NATO summit, it was important that President Recep Tayyip Erdoğan publicly stated that he expected the alliance to take “more decisive steps” rather than “make recommendations.” Abandoning Ukraine in the face of Russia’s attack – based on the expectation that it would “consolidate NATO” – would go down in history as a grave mistake. Indeed, Erdoğan, a traditionally straightforward leader, conveyed that message to Western leaders directly.

Moscow’s attack on Ukraine reminded Western governments of Turkey’s strategic importance and the true meaning of Erdoğan’s leadership. It seems that the West needs to listen to Ankara a little more often.

Russian moves send shock waves in international system
Next
Loading...
Loading...
We use cookies to ensure that we give you the best experience on our website. If you continue to use this site we will assume that you are happy with it.Ok