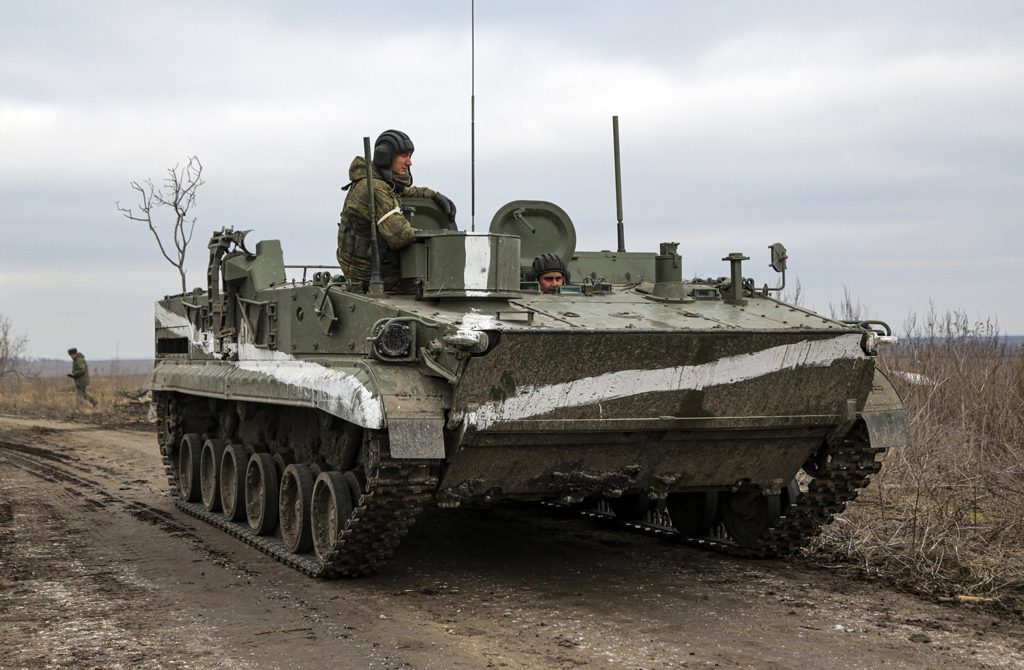 The optimism of the post-Cold War period is almost over. Neither globalization nor the elimination of the Iron Curtain brought the expected results.

It is difficult to imagine how, in the future, historians will write about the history of the past several years. We have witnessed not only the eruption of wars among and within nations but also the emergence of new types of warfare, including trade, technology and cyberwarfare. Some well-known conflict strategies, such as information operations, turned into full-scale information warfare. In the meantime, we have witnessed the revival of superpower rivalry in the international system. This is especially true for the Asia Pacific region, when many dormant conflicts have been reawakened.

The optimism of the post-Cold War period is almost over. Neither globalization nor the elimination of the Iron Curtain brought the expected results. More worrisome for the future is the fact that some of these conflicts emerged and have continued in the midst of the worst pandemic of the last hundred years. Many expected the coronavirus pandemic to bring a new wave of globalism to the world. At the end of the day, it was an outbreak that transcended borders and affected everyone across the globe. However, just like the end of the Cold War did not bring an end to history, the approaching end of the pandemic did not either.

Those who have forgotten the cold, inhumane and bloody geopolitical calculations of nations were forced to remember when Russian forces recently entered the territories of Ukraine. It was not unexpected for many as Russia continued a low-intensity conflict in the region since the annexation of Crimea and as Russia started to deploy troops to the Ukrainian border in the last several months. In January, United States President Joe Biden also signaled the possibility of a “minor incursion” by Russia to Ukraine. But the Russian government until recently denied a plan to invade Ukraine.

With the Russian operation to invade Ukraine, we have entered a new period in international relations. The war is not over and we don’t know when it will be. Everyday there are rapid changes on the ground and in international relations in regards to the war. Even the most ardent military analysts are acting cautiously in providing projections and predictions about the war. However, even the beginning of this war signals some significant changes in the foreign policies of countries.

First of all, the Russian operation generated the worst confrontation between Russia and NATO since the end of the Cold War. In a rather short period of time, the Ukrainian conflict revived the unity of NATO members. Even those who used to call NATO “brain-dead” started to talk more often about the trans-Atlantic alliance. The operation also suspended the differences of approaches between Europe and the U.S. in regards to foreign policy. Germany’s decision to halt Nord Stream 2 and to send weapons to Ukraine demonstrated this new approach. Just before the invasion of Ukraine, during German Chancellor Olaf Scholz’s visit, despite the repeated questions from journalists, Scholz avoided making any commitment to the region.

Secondly, the conflict will also reshape how the West formulates its deterrence strategy against others. Apparently, the threat to sanction Russia before its military operations failed to stop Putin from launching an incursion toward Ukraine. It is not surprising because previous U.S. presidents’ threats and warnings did not even deter Syria’s Bashar Assad from killing citizens in his own country. The “red line” statement and what happened in its aftermath convinced many around the world that the U.S. presidents do not walk the talk.

Thirdly, we are witnessing a very complex set of operations during this conflict. The parties, and particularly Russia, are using a very different set of instruments from its tool kit during this conflict. The information warfare to demonize the Ukrainian regime, the cyber attacks against the websites of government agencies, the sanctions that are adopted by Western governments and, finally, the bombings and clashes on the streets of Ukraine demonstrate a complex picture of the war zone. Unlike the fog of war in conventional warfare, we are facing a tornado of information and a hurricane of disinformation from the ground. Every follower of the developments on the ground had to fight first with the disinformation and misinformation campaigns before reaching the truth about the incidents.

Fourthly, this war also significantly affects the relations between the major powers in the world. The relationship between Russia and Europe will not be the same again for a significant period of time. Even though the sanctions may be removed following the end of the war, there may be more reservations to engaging in dialogue and cooperation in European nations. Of course, U.S.-Russia relations will also be impacted by this war. Russia has been a fault line in U.S. domestic politics at least since the 2016 elections. Some seismic shocks of this fault line could be seen just before the military operations of Russia to Ukraine. However, following the military operation, the division in American politics may become merely about the level of toughness toward Russia. Another important relationship dynamic will take place between China, Europe and the U.S. Prior to the war in Ukraine many hardline commentators predicted that the Russian invasion of Ukraine could bring a Chinese invasion of Taiwan as well. Even the Taiwanese president expressed this concern prior to the war. Following the eruption of war, this issue will be a more important matter.

Fifthly, energy will be a key issue for Europe and trans-Atlantic relations in the coming period. Prior to the war, one of the most significant fault lines in U.S.-German relations was Nord Stream 2 and increasing dependence of Germany to Russian natural gas. Russia as of now provides more than 40% of natural gas and around 25% of the oil of Europe. Following this crisis, there will be more debates about the diversification of energy resources and exporters. This will necessitate major investments and new geopolitical relations for Western countries. The relations of Europe with the major exporters of fossil fuels in the Middle East can also be affected by it.

Finally, it is important to remember that every war brings with it a major humanitarian toll. The war in Ukraine can also bring a major refugee flow to neighboring countries. According to some estimates, at least 1 million Ukrainians are expected to reach neighboring countries in the next few weeks. There should be a sustained and international effort to help these refugees and other Ukrainians that become internally displaced in the coming period.

It is too early to make predictions about the outcome of the war but there are so many things that are so similar to other wars. Fear, panic and violence can be seen in every bit of the picture that is shared from the region. It is traumatic in every sense of the word. Things will not be the same again for people in Ukraine and things will also be different for the international system.

Negotiation table and Erdoğan's warning for the West
Previous

What went wrong for Russia in Ukraine
Next
Loading...
Loading...
We use cookies to ensure that we give you the best experience on our website. If you continue to use this site we will assume that you are happy with it.Ok