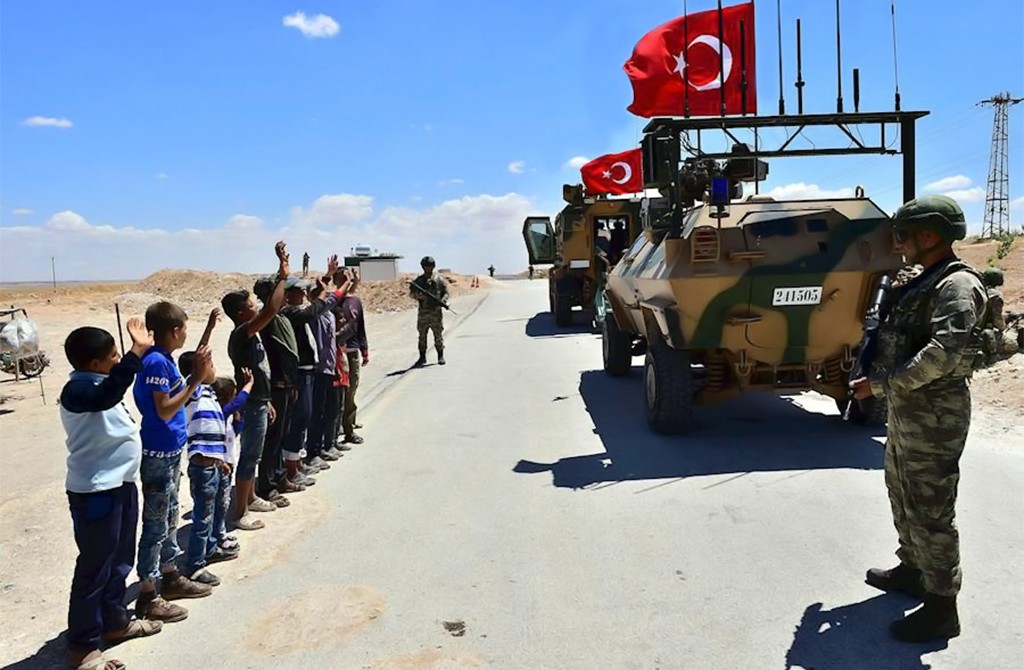 Manbij is only the first step

Since the announcement of the Turkey-U.S. agreement on the city of Manbij, there have been a lot of comments about its significance for the future of Turkish-American relations. It is important to reiterate certain significant dimensions of this agreement.

Since the announcement of the Turkey-U.S. agreement on the city of Manbij, there have been a lot of comments about its significance for the future of Turkish-American relations. It is important to reiterate certain significant dimensions of this agreement.

First of all, the agreement definitely generated a positive atmosphere on bilateral relations. For the last few years, Manbij has become almost a symbol of the failing relations between the two countries. Thus the agreement, for the overall chemistry in bilateral relations, represents more than a road map for the future status of this town. Due to the state of relations such a road map could be able to make a great difference in relations. With this agreement, a cautious optimism emerged in Turkey in regards to bilateral ties.In addition to this, the fact that the United States European Command (EUCOM) played such a critical role in this process and the fact that NATO made a statement immediately after the announcement of the road map demonstrate that the alliance between the two countries. EUCOM’s involvement demonstrates the real concern on some segments of the U.S. administration in regards to its policy toward Turkey.

Secondly, the agreement demonstrates that the non-state actors in the Syria conflict are losing their usability. The capacity and capability of these groups has reached their limits. Thus countries like the U.S., which prefer to work with groups like the People’s Protection Units (YPG), realize that in the medium and long term for the stabilization of the situation in Syria, nation states are needed. Considering its border, its involvement and its hosting of millions of refugees, Turkey is needed to resolve the problems of stabilization in Syria. This was what the Turkish government has been expressing since the emergence of Daesh in the region.

Finally there are also questions about the potential implications of this road map for the future of relations. For instance, some have suggested that the road map can be a model for other areas of Syria as well. It is clear that the YPG’s presence to the east of the Euphrates River is also considered a national security threat to Turkey. Turkey will not tolerate the presence of the YPG on its border with Syria. Considering these concerns, the question is whether this model can be adopted in other YPG-held lands in Syria. It will definitely depend on the success of this road map and the lessons that can be taken from the formulation and implementation of this road map.

Everybody agrees that it is a positive step for Turkey and the U.S. to start cooperating on this issue in Syria following years of divergence. However it is still only a step. In order to improve the strategic partnership between the two countries, this confidence building measure needs to be supplemented by other issues and the cooperation in Manbij needs to spill over into other areas in Syria.