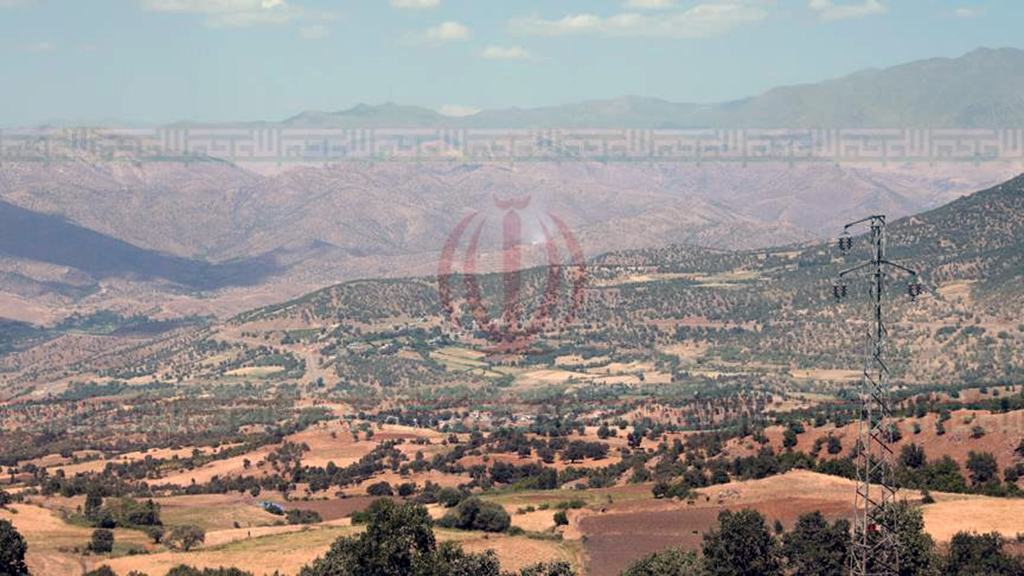 In recent weeks, Turkey has turned its attention to PKK militants in northern Iraq as part of a broader effort to eliminate the terrorist-controlled corridor that runs along its land border with Syria and Iraq. Operation Decisiveness aims to target all PKK positions in northern Iraq, including the group’s command center in the Qandil mountains, and establish permanent Turkish military bases in the area. However, the operation does not fit into Iran’s plans.

“We consider any military operation within the borders of a third country in the name of fighting terrorism and without the permission of the relevant country’s legal government illegitimate,” a spokesman for the Armed Forces of the Islamic Republic of Iran recently said. It would appear that Tehran is unwilling to support Turkey’s fight against the PKK, which Turkey, the United States and the European Union consider a terrorist organization. Instead, Iranian officials apparently want to fuel hostility toward the Turks in Baghdad, where negotiations are underway to form a new coalition government. Haider al-Abadi’s office stated that the Iraqi government “rejects Turkey’s infiltration into Iraq’s territories and the expansion of its military operations beyond the areas that run parallel to the border” citing so-called violations of Baghdad’s sovereignty.

There are two reasons why the Iranians are reluctant to support Turkey’s fight against the PKK. First, they are concerned that the Turkish presence in the Qandil mountains and, more broadly, northern Iraq will have long-term consequences. Ankara’s current cross-border military operations are in line with the “preventive security” doctrine. In other words, Turkey wants to set up permanent camps in targeted areas to prevent PKK terrorists from coming back. Needless to say, that kind of presence would make Turkey a much more prominent player in Iraq. Having strengthened its influence over Iraq at the expense of the United States gradually since the 2003 invasion, Iran does not want Turkey to play a bigger role in Iraq. Even now, the Iranians are trying to unite Shiite political movements to install a friendly government in Baghdad. As a result of Iranian general Qasem Soleimani’s efforts, Moqtada al-Sadr and Hadi al-Amiri announced an alliance between their political blocs.

Secondly, Iran does not face considerable pressure from the emerging bloc against Tehran’s expansionism in the region. In other words, the Iranians still believe that they can maintain their current level of influence in Iraq, Syria, Lebanon, Palestine and Yemen. To make matters worse, they don’t even deem it necessary to hold talks with Turkey at this point. Those familiar with Tehran’s ambitions in Syria would not be surprised by its current behavior. To be clear, Iran cares far more deeply about Iraq, whose population is predominantly Shiite and clearly does not want Turkey, which forces the United States to make certain concessions, to play a more active role in Iraq.For the Iranians, Turkey’s greater involvement in Iraq would represent a weakening of the line of resistance, which was formed in the Middle East after the 1979 revolution and, more specifically, in the wake of the Arab revolts. At the same time, they view Israel’s rapprochement with Saudi Arabia and the United Arab Emirates to mount pressure on Palestine as a historic opportunity to form an alliance with Hamas.

Although things are not going well, Tehran refuses to backtrack on its ambitions. Ironically, the Donald Trump administration did not just withdraw from the nuclear deal but also pledged to target Iran’s ballistic missile program and regional expansionism. In this sense, Washington adopted a strategy that, experts claim, could lead to a regime change. For this purpose, the U.S. formed an anti-Iran bloc featuring Saudi Arabia, Israel and the United Arab Emirates. Turkey, in contrast, believes that the U.S. was wrong to withdraw from the nuclear deal and refuses to join the anti-Iran bloc. Under the circumstances, it makes little sense for Tehran to refuse to assist the Turks.

Unfortunately, the Iranian government has been unable to interpret the most recent developments accurately. It is impossible to protect Iranian-backed militias from Israeli bombardments by making them put on Syrian uniforms. At the same time, there is no doubt that the Russians want to contain Iran’s influence over Syria. Meanwhile, tensions have been de-escalating between Ankara and Washington. If the Manbij agreement is implemented without major problems, Turkey and the U.S. could start working together in Syria. When the Americans knock on Ankara’s door to develop a comprehensive Iran strategy, it will be too late for Tehran. One cannot help but wonder if they will regret their greed then.

Manbij is only the first step
Previous

European expectations for Sunday's elections
Next
Loading...
Loading...
We use cookies to ensure that we give you the best experience on our website. If you continue to use this site we will assume that you are happy with it.Ok