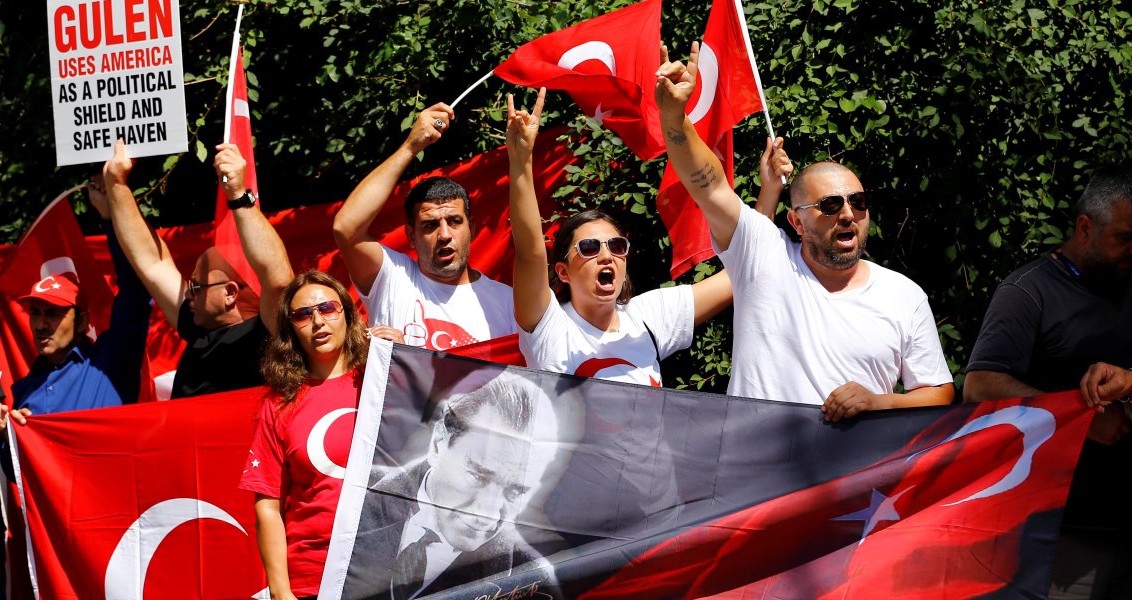 It Is Not Against What Us Is, But What Us Does

The reaction to the U.S. in Turkey is not about the U.S.'s way of life or its values, it is what the U.S. does not do as an ally of Turkey

Several prominent political scientists in the U.S., including Peter Katzenstein, formed a task force several years ago to research and understand anti-Americanism, which was one of the most debated issues in international relations. Especially following the invasion of Iraq by U.S. forces, the image, standing and favorability of the U.S. around the world declined rapidly. During the election year of 2008, this issue became one of the central themes in the campaigns of the Democratic and Republican candidates. Both parties admitted this issue was critical for U.S. foreign and security policies around the world. Despite the views about the overemphasis on standing credibility, this study cautioned foreign policy makers over the possible long-term impact of these two concepts on U.S. national interests. In a piece discussing the findings of their study, the authors argue: “U.S. standing affects other nations’ willingness to offer it the benefit of the doubt. Moreover, U.S. credibility and esteem help to mold Americans’ sense of unity and collective purpose. Standing is easy to neglect, but wise policymakers should consider its impact and sometimes protect it even when there are short-term costs.”

While some have been debating the image of Turkey and the decline of its “soft power” in recent years in Western capitals, the image of some Western countries has been tarnished in Turkey. Washington lost a significant degree of prestige in the Middle East in general and in Turkey in particular in recent years thanks to its policies. Today, if there is high unfavorability for the U.S. in Turkey, it is mostly about what the U.S. does (or does not do) in the region and in its relations with Turkey. Following the election of President Barack Obama in 2008, the standing of the U.S. in Turkey experienced one of its most significant comebacks in recent history. Immediately after the elections, there were even reports about celebrations in a town in Turkey. Those who organized the celebration told reporters that they hoped he would bring peace to the region and world politics. According to some polls, this election stopped the increasing negative trend over the U.S.’s image in Turkey and started a slow rise in the standing of the U.S. Since then, the Syria crisis and U.S. inaction and indecisiveness about the crisis, the aftermath of the chemical attacks and U.S. support for the People’s Protection Units (YPG), even after the cessation of the cease-fire and beginning of the large scale terror attacks by the PKK generated a very high negative reaction among the Turkish people with regard to U.S. policy. The reaction was to the U.S.’s policies in the region. Among the people of the region this feeling of disappointment, disillusion and resentment has become prevalent. After every terrorist attack by the PKK, this feeling rose to a higher level. The artificial distinction that the U.S. administration drew between the YPG and the PKK and the indifference to Turkish reactions started a significant negative feeling among the Turkish people.

The reaction against the U.S. reached a high point in the aftermath of the coup attempt. As I mentioned in a previous piece, there were several reasons for this sudden reaction to the U.S. First of all, the history of coups in Turkey and their relations with the U.S., especially in the Cold War years, was something that has not yet been clarified. A statement by the leader of the 1980 coup about the U.S.’s reaction to the coup resulted in a dent in Turkish people’s opinions toward the U.S. Secondly of course, the first statement by Secretary of State John Kerry and his emphasis on stability and continuity instead of democracy seriously hurt the feelings of Turkish people when they were under fire from the putschists. It was interpreted as almost supporting the coup makers. Of course the fact that in the next statement by the U.S., the administration avoided using the word “coup attempt” was not missed by careful observers. It seemed as though the U.S. administration was still following a “wait and see” strategy in the midst of the coup. On top of that, Gülen’s residing in the U.S. put the U.S. in a difficult spot in debates following the coup. Everybody in Turkey is asking this question. After more than 250 lost their lives in this attack by an organization that is now considered a terrorist group, the Turkish people rightfully expected faster support, sympathy and empathy from its ally. Thus, what America does not do became the source of disappointment and grievance in Turkey.

Now, in the midst of these debates about the U.S.’s low standing in Turkey, it is important to take some steps to contain this crisis, which may otherwise reflect itself in strategic relations between Turkey and the U.S. The reaction to the U.S. in Turkey is not about the U.S. way of life or its values, it is what the U.S. does not do as an ally of Turkey. The aftermath of the coup, the statements of U.S. foreign policy makers and the recent visit by the chairman of the Joint Chiefs of Staff of the U.S. military aimed to heal this serious wound. However, rhetorical action and public diplomacy can only be of limited assistance here. Again, the problem is what the U.S. does or does not do. It can only be fixed by the correct course of action. The study above also mentioned some “steps” to fix America’s standing in the world. These authors also underlined the limitations of the role of public diplomacy in debates about the U.S. image and stress policy implementation. They stated: “Improving standing requires moving beyond public diplomacy. The problem is not just communication, but policy execution.” Visiting Turkey, showing some real sympathy, supporting Turkey in its fight against terrorism and all kinds of criminal activities through intelligence cooperation will be crucial. It is also important as a goodwill gesture to remove the travel advisories that the state department released about Turkey. Through the right moves, this crisis can reset the alliance between the two countries. Otherwise, it will take decades to fix this damage.

Yenikapı Consensus
Next
Loading...
Loading...
We use cookies to ensure that we give you the best experience on our website. If you continue to use this site we will assume that you are happy with it.Ok