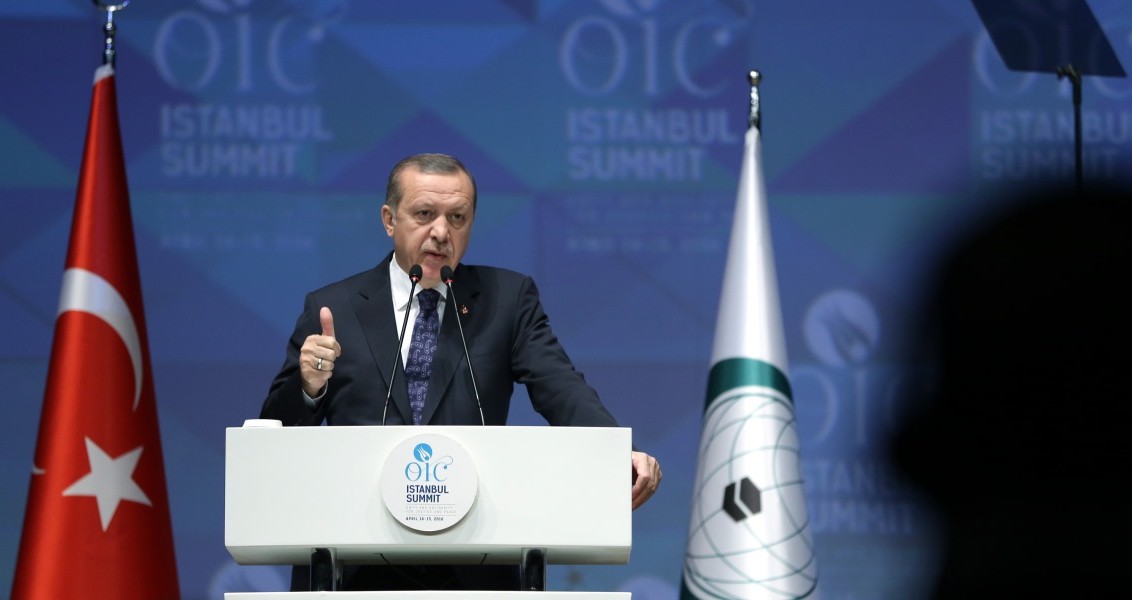 Erdoğan’s Call and the Future of the OIC

The opening remarks of President Recep Tayyip Erdoğan, who took over the term presidency of the organization, during the summit depicted the expectations of the OIC. His remarks were full of new suggestions to turn the OIC into a genuine association.

The 13th Islamic Summit Conference of the Organization of Islamic Cooperation (OIC) has been held in Istanbul with the themes of “justice” and “peace.” Being the second largest international organization after the United Nations, the OIC is the most significant platform on which the subject matters related to 57 countries and 1.7 billion Muslims are negotiated. Founded just after the Al-Aqsa Mosque was set ablaze in 1969, the organization changed its name from the Organization of the Islamic Conference to its current name in 2011, when the Arab uprisings were leading to a new upheaval in the Middle East. The change in name, unfortunately, did not bring about increasing cooperation and solidarity as expected. The OIC could not be as active and constructive as desired about the chaos caused by the Arab uprisings. But still, the OIC is the most critical organization on which the eyes of the Muslim people are set in the face of the whirlwind of violence overwhelming the region, which has been plagued by instability and conflict for more than five years. Parallel to this, the latest Istanbul summit revived the expectations of introducing a new period of “cooperation and solidarity” in the Middle East.

The Arab uprisings ended the status-quo formed after World War I. However, a new order could not be born out of the ashes of the status-quo.

The leading countries of the Islamic world could not resolve the vital problems in various conflict areas, including Libya, Iraq, Syria and Yemen. While Indonesia and Malaysia are distant and indifferent to the problems of the Middle East, the leading countries of the region have brought competition forward. The political vacuum left by the U.S. could not be filled in by the regional countries with an agenda focusing on cooperation. Therefore, a regional order could not be constructed. While an authoritarian regime returned in Egypt, Syria became the black hole of the entire region.

Radical terrorist groups formed a basis for the proxy wars and sectarianism to profoundly influence the entire region. Making use of the competition between the regional powers, including Saudi Arabia, Iran, Turkey and Egypt, the super powers had an opportunity to pursue policies that limit each power in the region.

While classic alliances such as the U.S.-Saudi Arabia and the U.S.-Turkey have been dissolved, the new convergences do not have the quality to found an order. For instance, the conciliation on nuclear power did not develop the U.S.-Iran relations to a further phase, while the joint support provided to Bashar Assad did not add a permanent and stable dimension to Iran-Russia relations. Consequently, even Iran, which is portrayed as the one with the best conditions, might remain short in consolidating its acquisitions in the medium and long terms. Due to the pro-Shiite expansionist policies it pursues from Iraq and Syria to Yemen, the country gained the hatred of the Sunni world.

Also, the destructive competition between Saudi Arabia and Iran contributed to the sectarianism that is deeply rooted in the region.

In such an atmosphere, the opening remarks of President Recep Tayyip Erdoğan, who took over the term presidency of the organization, during the summit depicted the expectations of the OIC. His remarks were full of new suggestions to turn the OIC into a genuine association. Departing from the observation that Muslims are the only aggrieved parties in the conflicts, Erdoğan’s suggestions reflect the willpower to protect one’s own future:

Those suggestions constitute a call to turn the OIC into a new platform for the Islamic community. It is a suggestion to give priority to the affairs of the Islamic community before all national interests. It is not yet certain how this call will be responded to. We could be hopeful if the regional powers have come to a point to realize how the current chaos and conflicts endanger the perpetuity of each. Turkey’s call may mark a new start in the process of overcoming the crisis if it can be noticed how the “Salafi radicalism” and “pro-Shiite expansionism” are turned into destructive instruments threatening the region in the hands of major powers. Otherwise, Erdoğan’s suggestions are the primary expressions of a new wave in which the peoples of the Middle East will say “enough.”

The Istanbul Summit and Turkish Presidency of the OIC
Previous

Islamophobia Must First Be Criminalized
Next
Loading...
Loading...
We use cookies to ensure that we give you the best experience on our website. If you continue to use this site we will assume that you are happy with it.Ok