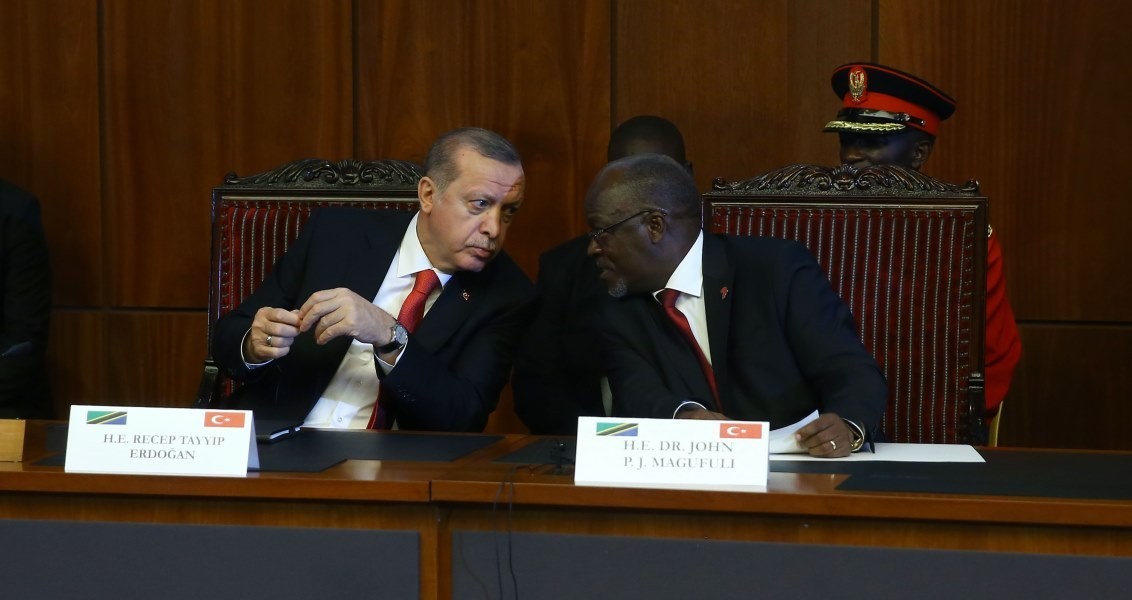 Erdoğan Keeps the Momentum in Africa

Erdoğan's principal messages to African leaders focus on establishing long-term social and economic partnerships on the basis of mutual respect and common benefits through capacity building, entrepreneurship and human development

One of the fundamental characteristics of Turkey’s foreign policy, as it evolved over the course of the 2000s, was a series of openings into formerly unexplored regions, such as Africa, Latin America and East Asia. As a continent with rich natural and human resources, as well as massive growth potential, despite the ravaging impact of colonialism, Africa has become one of the focal points of novel foreign policy initiatives in the aftermath of the “African opening” in 2005.

In line with contemporaneous foreign policy reflexes of major emerging powers such as China, India and South Africa, President Recep Tayyip Erdoğan spearheaded numerous official visits and agreements as prime minister and president, in an attempt to widen Turkey’s foreign policy horizon and trade/investment networks as an emerging power.

So far, he has officially visited 23 African countries as a sign of the special importance attached to improving relations with the continent on the basis of diplomatic dialogue, socio-economic partnerships and humanitarian aid. Erdoğan’s principal messages to African leaders focus on establishing long-term social and economic partnerships on the basis of mutual respect and common benefits through capacity building, entrepreneurship and human development. He visualizes a common future based upon an egalitarian form of interdependence through concrete projects in urban development, energy, logistics, education, health and public infrastructure. His “can do” approach, reflecting the backbone of Turkey’s development narrative over the course of the last decade, constitutes a source of inspiration for many of the up-and-coming developers on the continent.

From another angle, Erdoğan’s ethical discourse based on the notion “the world is greater than five,” also finds strong resonance in Africa, as it represents a radical critique of the existing status quo in the governance of the international system. The call to reform the architecture and representation mechanisms of the United Nations carries a strong message to African leaders that structural barriers that remain from the colonial and Cold War periods might realistically be broken and Turkey is a trustworthy ally that maintains an ethical stance for egalitarian representation.

Over the course of the last decade, the African opening produced substantial political and economic results that increased Turkey’s visibility and effectiveness to a great extent on the continent. The number of embassies increased from 12 to 39, with the ultimate goal of establishing diplomatic missions in all 54 African states. Despite the massive economic campaign by China towards the continent, Turkey became the largest foreign investor, creating local investment with total direct investment of $6 billion. Turkish Airlines became the largest air carrier on the continent, and the Third Turkish-African Summit is scheduled for 2019.

Despite muted reactions from former colonial masters, such as France and the U.K., Ankara exponentially increased its influence in Africa up until the onset of the failed coup attempt on July 15, 2016. Unfortunately, part of the gains produced by Turkey’s long-term African opening were hijacked by TUSKON, one of the largest business associations affiliated with the Gülenist Terror Group (FETÖ), which perpetrated the coup attempt. TUSKON members were particularly dominant in African trade and investment networks. Furthermore, the school network in Africa associated with the FETÖ terror network was actively used to disseminate anti-Turkish propaganda in recent months.

That is why the latest visit by President Erdoğan, along with a major delegation to east Africa, consisting of Tanzania, Mozambique and Madagascar, was critically important. The wide extent of the delegation encompassing ministers, top-level bureaucrats, and major business figures representing large holding companies was illustrative of the importance attached by Ankara to maintaining the diplomatic and economic impetus in Africa. It also underlines the strong will of President Erdoğan and the government to repair damage to the country’s image and commercial relations done by the failed coup attempt and other activities of FETÖ on the continent. In particular, Tanzania was a major center for the FETÖ-affiliated school network, and initial diplomatic contacts were formed for the transfer of these schools to the Maarif Foundation, formed by the Turkish state.At a time when tensions in domestic politics run high due to the critical process leading to the systemic transition toward presidentialism, subsequent terror attacks by Daesh and the PKK, as well as economic manipulations aimed at undermining the credibility of the Turkish lira, such foreign policy openings are like a breath of much needed fresh air.