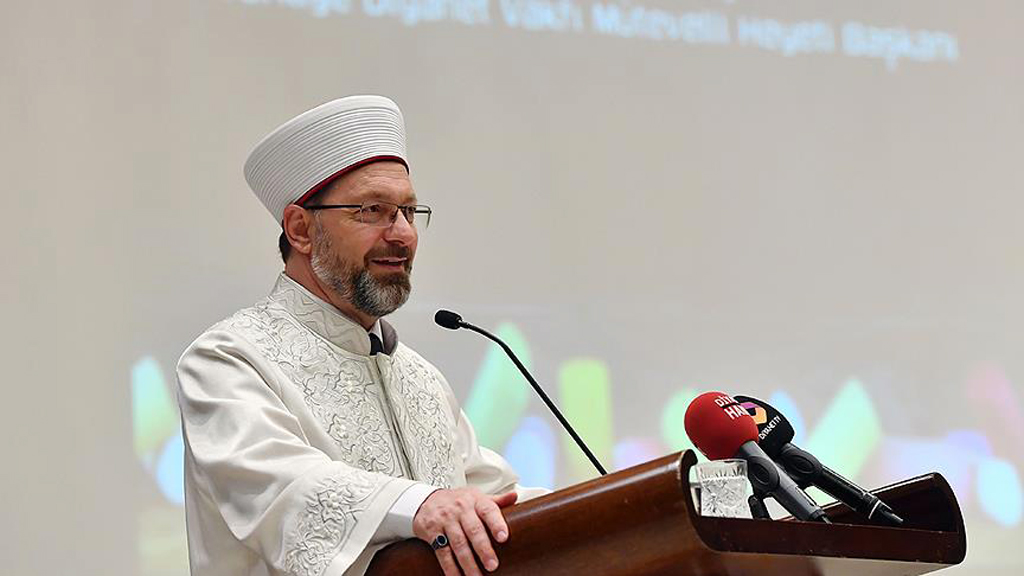 Discussions on ultra-secularist hatred in Turkey

Turkey’s top imam, Ali Erbaş, faces criticism for stating that “Islam condemns homosexuality” and warning that adultery is haram, or forbidden, in his Friday sermon. It is no secret that homosexuals around the world seek recognition and all Abrahamic religions view homosexuality as “perversion.”

Turkey’s top imam, Ali Erbaş, faces criticism for stating that “Islam condemns homosexuality” and warning that adultery is haram, or forbidden, in his Friday sermon. It is no secret that homosexuals around the world seek recognition and all Abrahamic religions view homosexuality as “perversion.”

Ultra-secularists, who went into overdrive because the chairman of Turkey’s Presidency of Religious Affairs (Diyanet) made two very obvious points, filed a criminal complaint against Erbaş. The Ankara Bar Association issued a written statement full of Islamophobia, insults and slander. Accusing the clergyman of “turning a blind eye to child rapists” and “legitimizing misogyny,” it attempted to sentence Islam as personified by Turkey’s top imam. The association also described Islamic values as “deriving their voice from ages past” and “dogmatic.”

The Ankara Bar Association objected to the Diyanet chairman’s upholding of “Islam’s medieval values.” That the statement’s authors accused him of “urging the people to torch women, accused of witchcraft, to death in public squares” represented a whole different level of ignorance. They clearly lacked a basic level of knowledge about history since they attempted to blame the crimes of medieval Europeans and the church on Muslims and their religious leaders.

The lawyers’ manifesto is firmly rooted in positivist Westernism, which argues that Islam is an obstacle for progress. If you thought this brand of crude positivism had been extinct since the early 20th century, you thought wrong. Clearly, Turkey’s ultra-secularists are still committed to getting rid of Islam altogether or, at the very least, reforming the Islamic faith.

Jacobinistic secularism has been gradually weakened since Turkey’s transition into a multiparty democracy. The “democratization” of Turkish secularism has been no easy task. The normalization of the Muslim headscarf and religious instruction occurred well into the Justice and Development Party’s (AK Party) rule. Back in 2008, the party’s move to abolish a controversial ban on the religious headscarf almost resulted in its closure by the Constitutional Court – which ruled against the motion by a single vote. The Turkish people witnessed the secularists’ uncontrollable anger at the so-called Republican rallies and during the Gezi Park revolts. When the secularist Republican People’s Party (CHP) realized that waving the banner of secularism alone wasn’t enough to win elections, it adopted a superficial policy of respect for conservative values. That the party no longer refutes that wearing the headscarf publicly may be a genuine sign of respect for Islamic values – or not. All in all, the main opposition’s decision to stop seeing secularism as a fault line is a victory for Turkish democracy.

Setting aside the CHP leadership’s public statements, however, there is a deeply concerning anger building up among the main opposition party’s voters. Ultra-secularist hatred, built around opposition to the AK Party and President Recep Tayyip Erdoğan, threatens to reverse the process of normalization. That the same anger remains hidden deep inside the Ankara Bar Association’s latest statement suggests that Turkey’s ultra-secularists still believe that “the secularist roots of the Turkish state are being destroyed” and “the state faces Islamization.” It is important to note that Turkish conservatives won’t necessarily stomach positivist-ultra-secularist pressure on Islamic values just because they endorse the republic’s shared values and symbols.

To go back where we started: Homosexuality and adultery are haram, or forbidden, according to Islam. It is the Diyanet chairman’s job to preach against the attempted normalization of such practices. Everyone in Turkey continues to live as they please. Ultra-secularist impositions are unacceptable.

Why does Turkey help other nations?
Next
Loading...
Loading...
We use cookies to ensure that we give you the best experience on our website. If you continue to use this site we will assume that you are happy with it.Ok