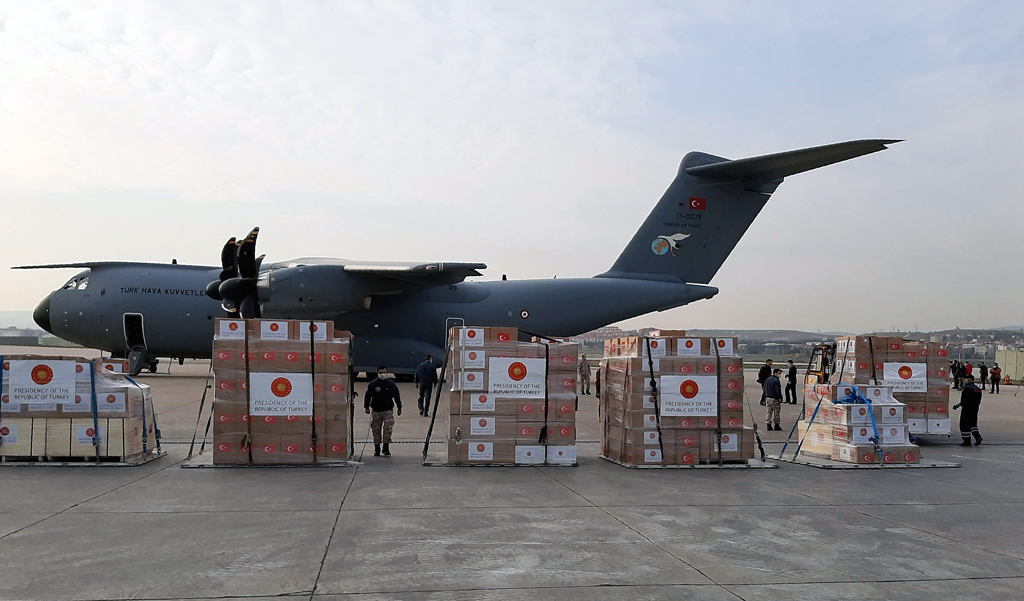 Global cases of the coronavirus surpassed 1 million last week. Hardly anyone will be surprised if 2 million people are infected in a week’s time. With the exception of China, the coronavirus outbreak has not reached its peak in any country. Although the high mortality rate in Italy and Spain remains a cause for serious concern, governments around the world are slowly getting over the initial panic. Instead of seizing each other’s medical supplies, they are looking to cooperate.

Global cases of the coronavirus surpassed 1 million last week. Hardly anyone will be surprised if 2 million people are infected in a week’s time. With the exception of China, the coronavirus outbreak has not reached its peak in any country. Although the high mortality rate in Italy and Spain remains a cause for serious concern, governments around the world are slowly getting over the initial panic. Instead of seizing each other’s medical supplies, they are looking to cooperate.

The European Union and NATO failed miserably in dealing with the coronavirus pandemic in the initial weeks. When Italy, which seemed unable to stop new infections, asked for assistance, European leaders refused to help. Indeed, Czechia confiscated medical supplies bound for Italy. As the Italians seized Libyan and Greek supplies, Germany took Italian orders, and France confiscated products en route to Italy and Spain. Although critics dismissed Chinese and Russian relief efforts as an attempt by those governments to “export authoritarianism,” their involvement demonstrated just how weak Europe’s crisis response had been all along. EU solidarity, it seemed, was quite fragile despite years of integration. Fully aware of the gravity of the situation, Ursula von der Leyen, the recently elected president of the European Commission, penned an op-ed for the Italian newspaper La Repubblica to apologize for the union’s failure to help Italy. More recently, seven NATO allies delivered personal protective equipment to that pandemic-stricken country in an attempt to make up for the embarrassment caused by the Russian military’s presence in Rome.

Against the backdrop of the coronavirus pandemic, China has arguably been the most active country in terms of international cooperation and assistance. Beijing turned to activism as a preemptive public diplomacy tool in an attempt to stop the world from blaming it for letting the virus spread globally.

Turkey has been quite active as well. In the pandemic’s early days, the country evacuated its citizens from Wuhan, the virus outbreak’s ground zero, and delivered medical supplies to China. Since then, Ankara has assisted a total of 30 countries, including Palestine and Balkan states, prioritizing nations with strong historic ties to Turkey and others, which had helped the Turks in difficult times. Turkey’s decision to send a planeload of personal protective equipment to Italy and Spain, its NATO allies, was indeed such an expression of solidarity. Ankara was indebted to Madrid and Rome for deploying their Patriot air defense systems to Turkey during the Syrian civil war.

Unlike China, Turkey’s relief efforts fit into a much broader vision of international cooperation. Let us remember that the Turks were world leaders in humanitarian aid per capita income even before the coronavirus pandemic. Turkey’s humanitarianism, which manifested itself in Somalia, the Rakhine state and Palestine, reached the shores of Italy and Spain in recent days. In other words, Turkish relief efforts are part and parcel of a broader quest for international cooperation at a time when everyone is concerned about the international system’s direction in the future.

Indeed, Foreign Minister Mevlüt Çavuşoğlu echoed the same sentiment in a recent op-ed for The Washington Times, calling on the G-20 to lead the world now, as it did in the aftermath of the 2008 financial crisis. Urging the international community to leave global cooperation as an “upside legacy” after the pandemic, he demanded protection for “fragile communities, irregular migrants and refugees” and an end to violent conflicts. Çavuşoğlu’s messages were undoubtedly in line with Turkey’s humanitarian foreign policy.

In contrast, opposition leader Meral Akşener’s criticism of Turkey’s decision to assist Italy and Spain – “You cannot beg at the New Mosque and make donations in Sultanahmet” – was a textbook example of disrespect. It was an embodiment of populist nationalism’s selfishness and poverty, manifesting even at a time of a global pandemic.

Perspective: Coronavirus and the United States How a Superpower Failed
Previous