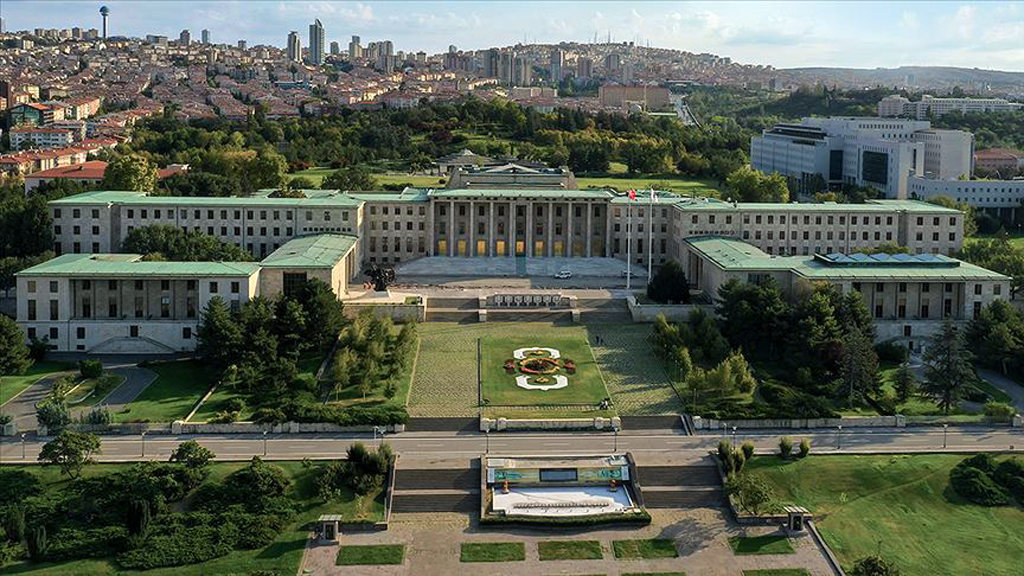 The Grand National Assembly of Turkey

What is the current agenda of Turkey’s political parties?

Turkey’s political parties are currently preoccupied with the proposed regulation of social media platforms, the legal status of Hagia Sophia, the parliamentary bill on multiple bar associations, the Istanbul Convention, the LGBT and Generation Z debates and the declining performance of Istanbul Metropolitan Municipality. In addition to those hot topics, there are also two permanent features: early elections and potential shifts between electoral alliances.

Turkey’s political parties are currently preoccupied with the proposed regulation of social media platforms, the legal status of Hagia Sophia, the parliamentary bill on multiple bar associations, the Istanbul Convention, the LGBT and Generation Z debates and the declining performance of Istanbul Metropolitan Municipality. In addition to those hot topics, there are also two permanent features: early elections and potential shifts between electoral alliances.

Although the People’s Alliance, an electoral partnership between the Justice and Development Party (AK Party) and the Nationalist Movement Party (MHP), remains committed to holding elections in 2023, as scheduled, Good Party (IP) Chairperson Meral Akşener keeps talking about early elections. Recently, she claimed that President Recep Tayyip Erdoğan was thinking about an early election to be held in “October or November.” As I posited in the past, Turkey’s opposition parties continue to speculate on early elections because they wish to promote a sense of imminent elections – rather than actually expect a vote. They believe that they can thus use the country’s economic challenges against the government. Moreover, they view the “early election” debate as a means to expand the anti-Erdoğan front.

It was noteworthy that Akşener talked about October or November elections since some people hope that the United States will mount additional pressure on Turkey if President Donald Trump were to lose his election. They seem to think that Washington will strongarm the Turks as part of a new “democracy promotion” agenda, thus forcing an early vote in Turkey.

There are two problems with that assumption. First, Erdoğan has enough power and the People’s Alliance is sufficiently united to keep external attacks against Turkey under control. The administration’s performance in Syria, Iraq, Libya and the Eastern Mediterranean attests to that fact. Moreover, the AK Party has gained considerable experience in managing the relationship between domestic and foreign policy over the years.

Secondly, there is no doubt Trump will do everything in his power to clinch reelection in November. His administration’s poor response to the coronavirus pandemic and skyrocketing unemployment undermined his campaign in swing states and across the South. To consolidate the evangelical vote, Trump is fueling cultural polarization over the wearing of surgical masks in public. His Independence Day speech, where he talked about lurking “far-left fascism” and anti-racism protests threatening the U.S. political system, demonstrated that he is willing to do everything to win. If Trump loses his reelection battle and the Democrats come to control the White House, the incoming administration will need time to get up to speed due to domestic political polarization and the “cold war” with China. Clearly, a potential post-Trump world would not be the same as what would have happened if Hillary Clinton had won in 2016. The United States will have to deal with a new balance of power in its relations with China, the European Union, India, Russia, Iran, Saudi Arabia and Turkey.

The world, as it is, makes a return to the pre-Trump situation impossible.

The opposition’s main objective is to keep the Nation Alliance, a coalition of four rival parties, together until the 2023 elections and, if possible, admit new members. For this purpose, Republican People’s Party (CHP) Chairperson Kemal Kılıçdaroğlu has disempowered opponents of a joint presidential campaign for 2023 and currently dreams of a grand coalition involving the İP, the Felicity Party (SP), the Peoples’ Democratic Party (HDP), the Future Party (GP) and the Democracy and Progress Party (DEVA).

Some days, the CHP chairperson complains about the People’s Alliance’s junior partner, the MHP, dictating terms to its senior partner, the AK Party. Other times, he warns that the MHP bears responsibility for all negative developments. Both lines of criticism are intended to drive a wedge between the AK Party base and the MHP, which, he knows, will not quit the People’s Alliance. At the same time, Kılıçdaroğlu wants to endorse the new parties’ criticism of the MHP as his first step toward a partnership. We will surely keep hearing opposition leaders complain about the MHP calling the shots within the People’s Alliance.

Simultaneously, the HDP is desperately trying to break out of its isolation. Pervin Buldan, the party’s co-chairperson, has been calling for an expansion of the Nation Alliance in an attempt to force her allies to formalize their relationship and to reach out to the new parties.

Finally, attaching particular importance to young people and Kurds, the DEVA appears to be working toward a joint presidential bid in 2023 – whether the name on that ticket is Abdullah Gül or Ali Babacan.

The meaning of the al-Watiya air base attack
Previous

What happens when wearing a mask becomes a political symbol?
Next
Loading...
Loading...
We use cookies to ensure that we give you the best experience on our website. If you continue to use this site we will assume that you are happy with it.Ok