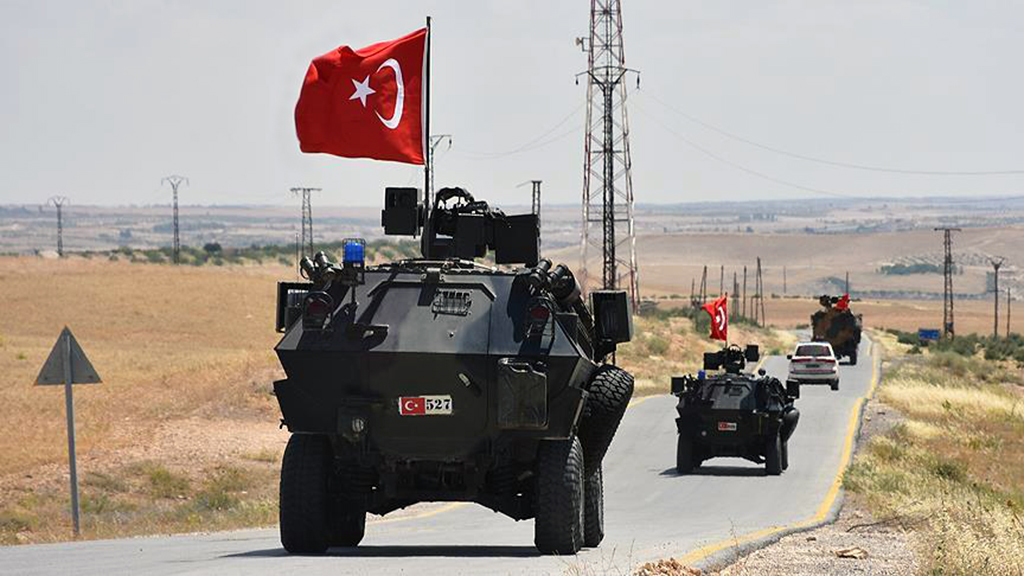 This month’s highlights in Turkish politics

Tensions between Turkey and the United States de-escalated thanks to a recent agreement on the proposed safe zone in Syria. If Washington sticks to the deal, joint steps could follow in Syria and Iraq.

Tensions between Turkey and the United States de-escalated thanks to a recent agreement on the proposed safe zone in Syria. If Washington sticks to the deal, joint steps could follow in Syria and Iraq. Provided that the U.S. response to the S-400 air defense system’s delivery to Turkey will play out over time, the situation in the Eastern Mediterranean remains the only remaining area of disagreement. The disagreement over that area, however, is manageable due to its isolation from the S-400 and northeastern Syria issues. The de-escalation of tensions will reduce foreign policy’s securitizing impact on domestic politics. Turkey’s fight against the terrorist organization PKK will obviously continue at home and abroad, yet confrontation with the People’s Protection Units (YPG), the PKK’s Syrian component, in the east of the Euphrates river seems to have (at the very least) been delayed.

Reduced tensions in the area of foreign policy will presumably lead to new developments in Turkish politics. To be clear, the Istanbul rerun election had already encouraged all players to take stock. The Justice and Development Party (AK Party) moved up its ordinary congress. At the same time, it will take steps to renew its organization and engage in outreach. There is an ongoing review of the presidential system, which has been in effect for a full year. To thank his supporters, President Recep Tayyip Erdoğan will kick off a national tour in Rize.

Meanwhile, political offshoots are getting increasingly likely to form new political parties. This development is expected to intensify efforts within and around the AK Party to talk about the past, fuel competition and promote a debate on the party’s vision. It remains to be seen how Erdoğan, whose initial response was to urge caution against “dividing the ummah” will respond emerging movements. This autumn will be interesting from that perspective as well.

The Republican People’s Party (CHP), which now controls the majority of Turkey’s metropolitan districts, aims to develop new policies and shape the national conversation. CHP Chairman Kemal Kılıçdaroğlu seeks to start a debate on foreign policy and refugees by hosting a conference on Syria. At the same time, the movement wants to build on Istanbul mayor Ekrem İmamoğlu’s “sympathetic” persona to reach out to conservatives.

İmamoğlu, in turn, seems to believe that public relations rather than concrete steps could win votes. Opposition parties, including the CHP, are closely monitoring emerging center-right movements. Yet the main opposition party faces two serious challenges.

First, CHP mayors’ rush to hire their relatives signaled that the sense of power at the local level seems to be getting out of hand. In fact, the main opposition party could end up exceeding what it criticized the AK Party for doing in the first place. As a distraction from those practices, the CHP fuels the debate on Ida Mountains and others. Still, firing long-serving employees and the nepotism debate was a bad start for the CHP municipalities.

The second issue related to holding together special interests from CHP, the Good Party (İP) and the Peoples’ Democratic Party (HDP) at the local level. The HDP’s ideological demands, the İP’s eagerness to make a difference within municipal administrations, and the CHP organization’s ambitious efforts to hire their own people will take a toll. Budgetary issues, which will naturally follow, can be added to this long list of troubles.

At the same time, PKK ringleader Abdullah Öcalan’s most recent statements suggest that the HDP could play a more ambitious role. The Turkey-U.S. deal can be expected to spark a new debate on nationalism and counterterrorism at home. This is arguably the most serious challenge that the opposition faces.

Either way, we are entering a new period when risks and opportunities will be ample for all stakeholders in Turkish politics.

Washington-Beijing affairs: All about the economy
Previous