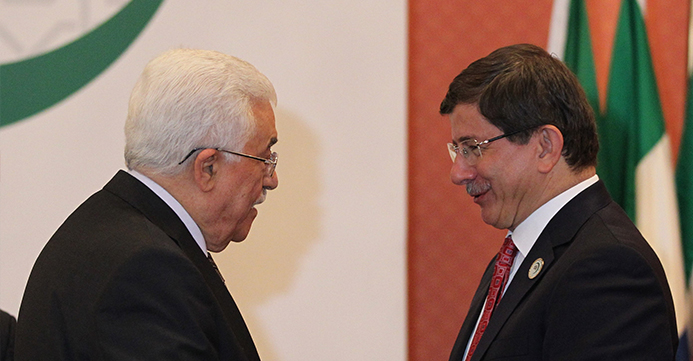 The rationale behind Turkey's policies reflecting its cultural capital, in turn, relates to the country's redefinition of its national interests, which manifest themselves in the form of Turkey's strong reactions against the military junta in Egypt and Israeli oppression in Gaza.

When the AK Party rose to power in 2002, imaginative social scientists had predicted that it would transform itself and the entire country. Turkey, which had just emerged out of the long darkness of the 1990s, thus witnessed the emergence of a new vision and leadership that would address a number of issues including financial crises and the Kurdish question. At first, pundits probably expected the AK Party-led transformation to depend on the West and follow a path in line with the European Union. As such, they did not believe that foreign policy would become such a controversial issue. After all, the AK Party was neither expected nor hoped to develop an ambitious foreign policy.

With Prime Minister Recep Tayyip Erdoğan storming out of the 2009 World Economic Forum in Davos, Switzerland, and then the Mavi Marmara flotilla assault in 2010, however, established that, under the AK Party, Turkey would no longer settle for its traditional role as a docile nation that knows its place in the international arena. The response came in the form of mounting criticism that the country was undergoing an “axis shift” to turn its back on the West to pursue neo-Ottoman ambitions. Meanwhile, the post-Arab Spring chaos and the emerging balance of power compelled Turkey to develop a more active and ambitious foreign policy. Siding with the people of Syria and Egypt, and opposing the al-Maliki government’s sectarian policies in Iraq, the country became the target of fierce criticism that its stated goal of “zero problems with neighbors” was no longer accurate. Most recently, skeptics have openly accused Turkey of getting stuck in the Middle Eastern quagmire, of adopting pro-Sunni policies, and even of following a policy of expansionism on the basis of Islamist principles. The entire spectrum of criticism against the AK Party’s foreign policy points to an Islamist/ideological bias.

Interestingly enough, the most visible aspect of the AK Party-led transformation in Turkey relates to the role of Islam in domestic and foreign policy. As a matter of fact, a recent study by the Pew Research Center concluded that 69 percent of the nation believes Islam plays a major role in politics. Back in 2002, roughly 45 percent agreed with that statement. This data alone suggests the following: we need to analyze the role of Islam in Turkish foreign policy with a reason. Anyone that believes Turkey’s foreign policy reflects neo-Ottoman or Islamist sentiments overlooks the fact that there is no room for Islam as an ideological preference in the AK Party’s foreign policy. Instead, the country’s history, along with its cultural and social diversity, plays a key role as foreign policy capital. As such, Islam serves as a rational, not ideological, element of Turkey’s diplomatic ties with regional actors. Attesting to this fact, President Obama repeatedly mentioned his confidence in Turkey for a ceasefire with Hamas under the 2012 terms to Israeli Prime Minister Benjamin Netanyahu.

The rationale behind Turkey’s policies reflecting its cultural capital, in turn, relates to the country’s redefinition of its national interests, which manifest themselves in the form of Turkey’s strong reactions against the military junta in Egypt and Israeli oppression in Gaza. Surely enough, this act of redefinition marks a clear break with the defensive paradigm of the Kemalist elites, and represents Turkey’s answer to the question of a new order in the Middle East as opposed to an emotionally-charged Islamist utopia. As such, the AK Party’s foreign policy is neither neo-Ottoman nor Islamist. Instead, it firmly rests upon the principle of enlightened national interest with Turkey at its center. Meanwhile, the language of the country’s foreign policy represents a multi-faceted discourse that together embodies the willingness to coexist with the West under honorable terms, a call for justice in the face of Israeli oppression, and an effort to maximize Turkey’s own interests. In this sense, the prominent role of Islam in Turkish foreign policy no longer depends o

The US-Iran Rapprochement Real or Dream?
Next
Loading...
Loading...
We use cookies to ensure that we give you the best experience on our website. If you continue to use this site we will assume that you are happy with it.Ok