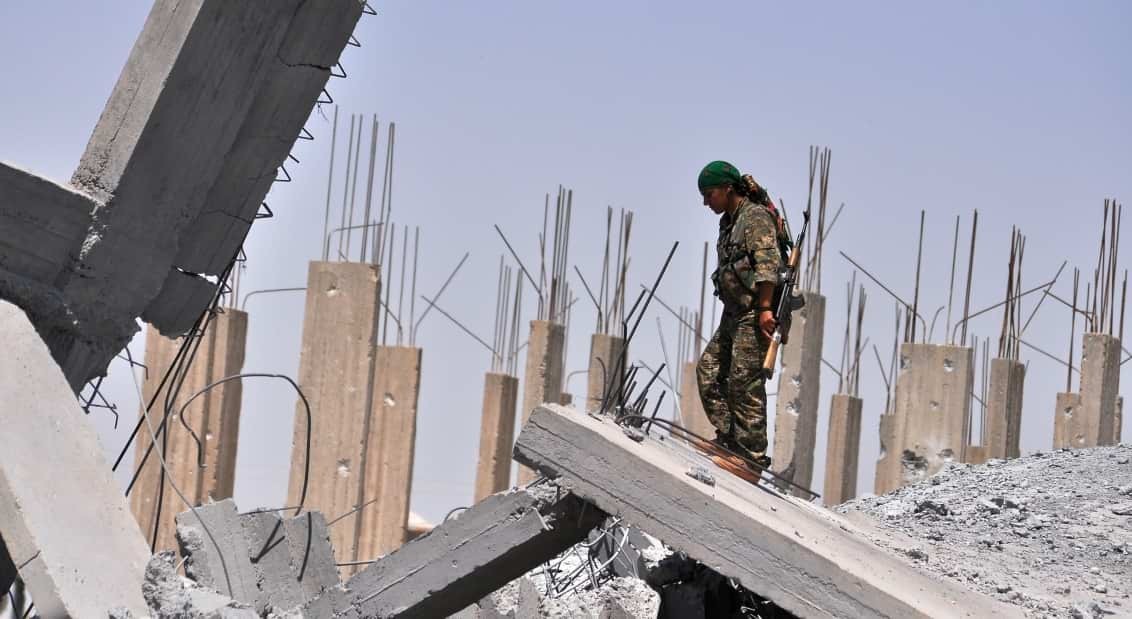 The KRG referendum established that regional powers could work together when it comes to preserving the territorial integrity of others.

The liberation of Raqqa marks the transition to the post-DAESH period in Syria and Iraq. Moving forward, the main item on the region’s agenda will be the creation of functional mechanisms capable of preserving the territorial integrity of both countries. From Turkey’s perspective, the future of the PKK-Democratic Union Party (PYD) will be of the utmost importance.

Although Iraq’s central government was able to take back Kirkuk with relative ease, the situation is unlikely to de-escalate in that country. On the one hand, there are rumors about prospective negotiations between Baghdad and Irbil. On the other, we are hearing about violent clashes between the peshmerga forces and the Iraqi troops around Kirkuk.

Going forward, we will continue to get breaking news from the Irbil-Sulaymaniyah-Kirkuk triangle. As Baghdad takes new steps to contain and possibly break apart the Kurdistan Regional Government (KRG), Masoud Barzani will embrace nationalism in an attempt to protect himself.

Meanwhile, some observers are claiming that the loss of Kirkuk made the PKK more popular among the Kurds in northern Iraq. Up to 700 PKK militants have recently been deployed to Kirkuk, the claim goes, in an effort to reach out to the Kurdistan Democratic Party (KDP) supporters. Such allegations, of course, suggest that Masoud Barzani’s relationship with the PKK has just become more difficult than ever. A potential rapprochement with the PKK could jeopardize the possibility of repairing Irbil’s relations with Turkey. And if Tehran and Baghdad offer the KRG nothing but a “dishonorable agreement,” it might be impossible for stability to be restored in northern Iraq.

Therefore, Turkey has emerged as a key player in negotiations and potential agreements between Irbil and Baghdad. Meanwhile, Iraq and Iran are compelled to continue their cooperation with the Turks and take concrete action against the PKK.

Against the backdrop of the developments in Northern Iraq, People’s Protection Units (YPG) militants celebrated their “victory” in Raqqa by putting up posters of Abdullah Öcalan, the PKK’s imprisoned leader. In doing so, the group effectively declared that it was the Syrian branch of the PKK, a globally recognized terrorist organization, and put their sponsors in Washington in a difficult position. Still, YPG militants are far from comfortable. Over the past weeks, the group has been disheartened by Washington’s decision to give Masoud Barzani a cold shoulder. When the anti-DAESH campaign comes to an end, YPG leaders are wondering, how will Washington’s Syria policy change?

Will the United States start looking for a way out of Syria – as Robert Ford, their former ambassador to Damascus, recommended – after shaking hands with the Russians over a transition period involving Bashar Assad and the containment of Iran? Or will the Americans try to form permanent bases in the YPG-held parts of Syria? One thing is clear: The U.S. would have to commit a serious number of troops to Syria if it wants to protect the YPG forces and limit Iran’s influence on Assad.

Of course, the U.S. could only dream of Iran, which deployed tens of thousands of Shia militias from a range of countries including Afghanistan and Lebanon to Syria, giving up its line of resistance without a fight. Nor does Washington have any choice but to protect the YPG forces, whose destruction remains Ankara’s top priority, for a long time without maintaining a large footprint in that country.

Needless to say, Russia’s efforts to win over YPG militants cannot be ignored. As a Marxist-Leninist organization, the PKK-YPG has a long history with Moscow. In the past, the Russians had made it clear that they wanted the YPG-PYD to have a seat at the table in Geneva and Astana. Most recently, Moscow and Damascus have signaled to the group that they were prepared to talk about the creation of an autonomous area in northern Syria. On social media platforms, rumors have been circulating that the parties had indeed engaged in talks.

It is no secret that the Assad regime has used the fight against DAESH to consolidate its power over many parts of Syria. Nowadays, Bashar Assad wants to take the moderate opposition and YPG under the regime’s umbrella to unite the country.

To suggest that the YPG, which has been hiding behind the Syrian Democratic Forces (SDF) mask, will be able to attain autonomy would be to misunderstand Bashar Assad’s strategy from the start. Even if the regime agrees to autonomy in principle at the beginning of talks, it would never present autonomy, which could lead to independence, on a silver platter to the YPG militants.

The KRG referendum established that regional powers could work together when it comes to preserving the territorial integrity of others. Playing the game with a stronger hand, Damascus will probably look for ways to weaken and destroy the PKK-YPG militants – just as it exploited the DAESH threat.