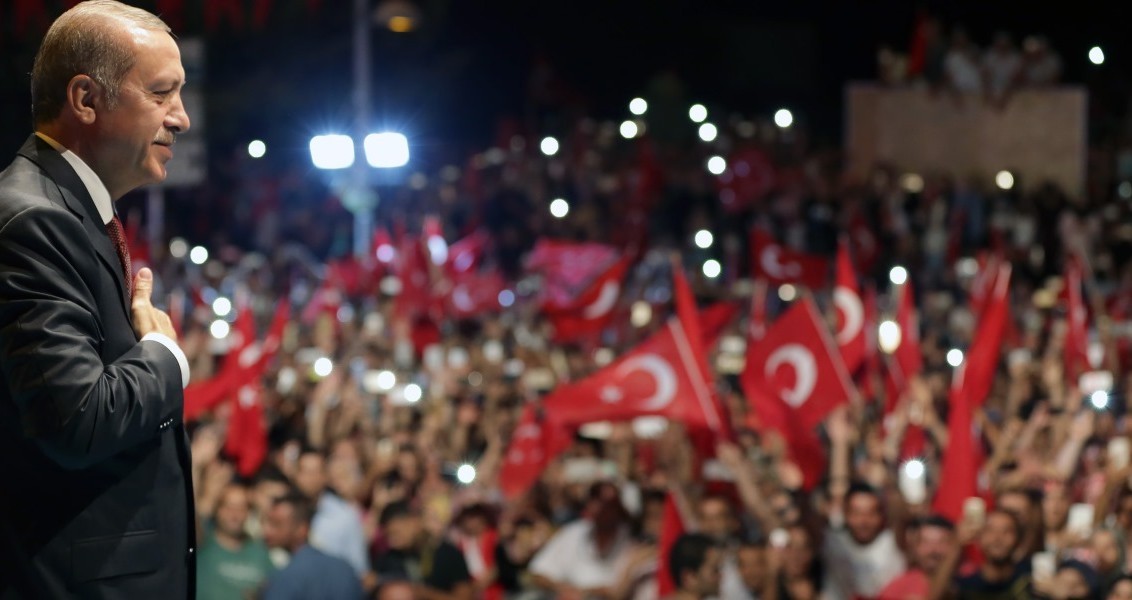 The Global War on Islam

Turkey has undergone a major transformation over the past 15 years. The country became more confident, more powerful and more influential, which has resulted in a serious power struggle.

On the one hand, Turkey tried to liberate itself from the heavy burden that the state and the nation carried on their shoulders for decades. First and foremost, the country had to overcome the crisis of sovereignty, which the state had experienced between 1993 and 2002. One by one, the misguided policies that pitted the state against the people were abandoned, as a process of mental and, later, institutional democratization kicked off.

On the other, Turkey has experienced the negative side effects of the global war against the Islamic world since 2001. Especially after 2010, the country became a major target for aggressors. Showing complete disregard for the political will of the Turkish people, they attempted to forcibly remove Turkey’s elected government from power. To be clear, our country’s enemies were prepared to work with all kinds of “opposition” groups to realize their goals. Unfortunately, only a handful of opposition groups in Turkey proved willing to turn down this tempting offer. For most opponents, securing President Recep Tayyip Erdoğan’s removal from power by any means necessary was enough. Needless to say, they were unwilling to take the time to think how Erdoğan’s departure would affect their country and their fellow citizens.

In a recent meeting with a senior Turkish official, I was told that the Gülenist Terror Group (FETÖ), the group led by Fetullah Gülen, had been collecting evidence against Erdoğan since he walked off the stage at the World Economic Forum in protest of Israel’s actions in Gaza, which is better known in Turkey as the “one minute incident.” I begged to differ and said that the group had been keeping tabs on the president and the Justice and Development Party (AK Party) since their rise to power in 2002. However, it was only after the Davos crisis that FETÖ came to believe that it could sell Turkey’s state secrets to the highest bidder to further its agenda. For them, the rising tensions between Turkey and Israel represented an opportunity to show the world that the Gülenists could be useful in the war against the Islamic world.

Up until that point, the U.S. government’s approach to Gülen had been careful at best. When a U.S. federal court turned down Gülen’s residency application, it warned that the leader of FETÖ controlled an unknown amount of economic resources and used that money for unclear purposes. However, all doors were opened to the FETÖ militant when Turkey became a target in the war against the Muslim world. In recent years, Gülen’s sleeper cells in Turkey were activated and launched a series of attacks on Turkey’s elected government, including the December 2013 conspiracy, the National Intelligence Organization (MİT) trucks raid and the July 15 coup attempt.

Luckily, Turkey has been able to triumph over FETÖ and stopped the forces of evil in their tracks. To be clear, though, neither the war on Islam has ended nor has Turkey been crossed off the list of high-priority targets. But Turkey became more powerful and greater by forging an alliance between the state and people to overcome the crisis of sovereignty from which it suffered some 15 years ago. Today, we have assumed our role in the global war against the Islamic world.

A New Age of Global Uncertainty
Next
Loading...
Loading...
We use cookies to ensure that we give you the best experience on our website. If you continue to use this site we will assume that you are happy with it.Ok