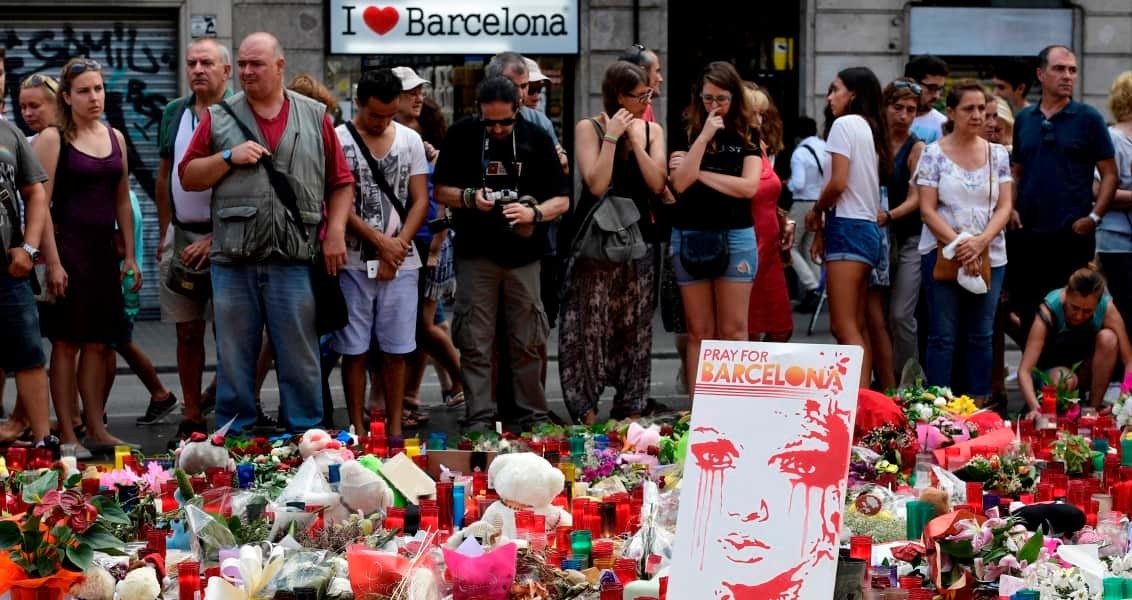 The terrorist attack in Barcelona shocked the world yet again and demonstrated how dangerous this enemy’s threat really is. For the last few years, major cities around the world, as well as their residents and visitors, have become the regular targets of terrorist attacks. Terrorists are methodically using a variety of methods to catch people unprotected and security forces unprepared.

For the past year, the most frequently used terrorist tactic has been to plow a vehicle into unsuspecting pedestrians on the street. In Nice last year, a truck ran over a crowd of people during Bastille Day celebrations. Later, similar attacks took place in other European cities, including Berlin and London. Over 100 people died as a result of these attacks and hundreds more were wounded. In Barcelona, terrorists struck again, driving a van through one of the busiest and crowded streets of the city. So far, 13 people have died and more than 100 people were wounded.

After the Nice attack, it was found that the newly popular tactic was actually being taught to potential terrorists in the group’s manual. Such attacks and increasing terrorism has generated concern among law enforcement agencies in every country around the world. The fact that it is almost impossible to stop or predict such an attack makes it difficult to prevent them from happening.

The Daesh terrorist group claimed responsibility in the immediate aftermath of the attack. In its statement, Daesh said its militants were the organizers of the attack, although authorities have yet to confirm if Daesh actually organized the attack or if it is claiming responsibility without any direct link. The second attack last night in Cambril at least confirms that the events were indeed organized.

Under these circumstances, there are several issues that need to be discussed. First, if there is a direct organizational connection between Daesh and the organizers of these attacks, it demonstrates the necessity of further cooperation between the intelligence agencies around the world to crack down the Daesh network and other radical group members, an issue that Turkey keeps raising in different platforms. Being the biggest target of the terror groups outside Syria and Iraq, Turkish authorities for years now have requested intelligence cooperation among the countries. If, on the other hand, there is no organizational connection between Daesh and the organizers of the attacks, the challenge then faced is how to stop these lone wolves, or lone wolf, from attacking again. Either way, an international endeavor to stop such attacks is in order. This would require studies on these lone wolves and recommendations on how to handle such attacks. It is important to remember that terrorism is a transnational phenomenon, and any effort to defeat it would necessitate an international enterprise, as well.

Finally, if Daesh really did organize such an attack in the heart of Europe, it is important to approach the fight against the group from all directions. While the operation in Raqqa, and later possibly Deir ez-Zor, could destroy some of the group’s infrastructures, it is important to remember that the war against Daesh needs to consider the operational flexibility of the group. Thus, during the days after Raqqa, plans should not only focus on the stabilization of Syria but also on how to fight against Daesh elements in different countries around the world

From Charlottesville to Barcelona: Vicious Cycle of Racism and Terror
Next
Loading...
Loading...
We use cookies to ensure that we give you the best experience on our website. If you continue to use this site we will assume that you are happy with it.Ok