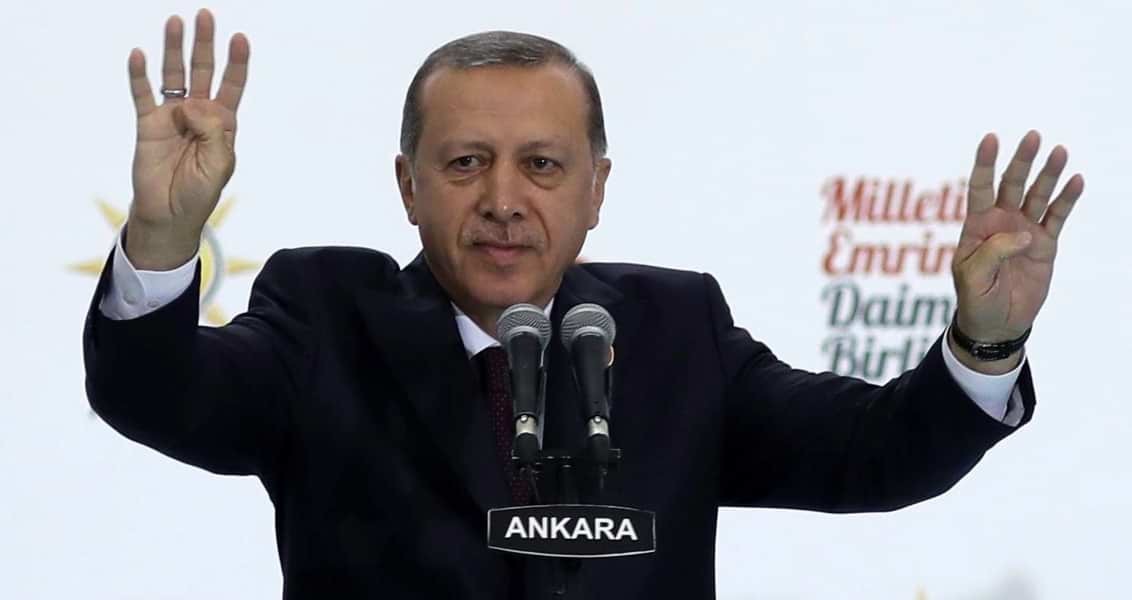 Clearly, the primary meaning of Erdoğan's quest for comprehensive change is to give some officials who have been carrying out demanding tasks for a long time an opportunity to rest by letting them hand over their positions to successors.

In recent weeks, President Recep Tayyip Erdoğan has been talking about the “metal fatigue” within the Justice and Development Party (AK Party). To address this issue, he has been calling for comprehensive change at all levels of the party and among municipalities.

The decision by the powerful party leader to publically talk about some of the issues that his party faces inevitably creates an atmosphere of self-reflection and self-critique among AK Party officials. Clearly, the issue at hand is related to both the party’s 15 consecutive years in power and the leftover fatigue caused by the turbulence since 2013.

In fact, officials from the AK Party, which remains the single most prominent actor in terms of its ability to address the country’s problems, often talk about change and transformation. For years, transformation has been a key concept in the party’s efforts to weaken the guardianship regime at home and make Turkey a more prominent country in the international arena. As such, there is nothing surprising about Erdoğan talking about transformation so eagerly. It is nonetheless necessary, however, to clarify what party officials mean by comprehensive change. After all, this language could not only alienate outgoing officials, but also be mistaken with the romantic notion that the AK Party will restore its factory settings.

Clearly, the primary meaning of Erdoğan’s quest for comprehensive change is to give some officials who have been carrying out demanding tasks for a long time an opportunity to rest by letting them hand over their positions to successors. At the same time, the AK Party leadership wants to ensure that more than just a few people can hold public office – especially at the local level. Without failing to appreciate the importance of experience, the party wants to recruit new and dynamic members with the potential to reach out to all social groups.

The second aspect relates to the dismissal of party officials who have lost touch with the AK Party’s main ideals such as sincerity, sacrifice, public service, helping the poor and serving the cause.

Of course, references to the AK Party’s founding principles inevitably remind people of the calls to restore the party’s factory settings by some groups. As a matter of fact, some critics of the AK Party urge the movement to go back to its policies from between 2002 and 2009, or, at the very least, pre-2013. In other words, they expect the AK Party to re-adopt policies developed at a time when it was not experiencing major problems with liberals and Western governments. I must say that there are a number of problems with this discourse and that it is romantic and ultimately out of touch with the realities on the ground.

First of all, the factory settings discourse rests on the assumption that the AK Party – once perfect and pure – has since been corrupted. Needless to say, it is biased to suggest that only the AK Party has been corrupted and therefore must fix itself. The advocates of this view conveniently ignore the fact that a dynamic process has taken place, and not without the input of other players in the political arena. To be clear, neither the AK Party nor its opponents can simply turn their backs on what happened over the past 15 years. We cannot, for instance, ignore that Europe’s approach to Turkey has changed. Nor can we turn a blind eye to terrorist attacks and the civil wars next door.

Having been left alone in the fight against terrorism, Turkey has learned the hard way that placing its security at risk for the sake of cozying up to the European Union is not an option. Our country has suffered too many terrorist attacks to ignore that. We cannot dispute that Turkey, which has been under attack since 2013, is compelled to fight back.

More importantly, Turkey does not operate in the same geopolitical environment today that made it possible for the country to be hailed as a model for others until 2011. Neither Washington’s approach to the global order nor the European Union’s post-Brexit policies and practices are the same as their former positions. Meanwhile, the Middle East finds itself tangled in war, terrorism and sectarian tensions as it suffers from the negative side effects of the Arab Spring.

Of course, I find it useful that the AK Party wants to reflect on its values and policies to renew itself, and I believe that it needs to mobilize in order to reverse its negative image in the international system. But I simply do not believe that reminiscing about the past without taking into account the realities and experiences of the last 15 years will help anyone, nor do I find that approach practical.

Spain Attack Alerts Urgency of War on Daesh
Next
Loading...
Loading...
We use cookies to ensure that we give you the best experience on our website. If you continue to use this site we will assume that you are happy with it.Ok