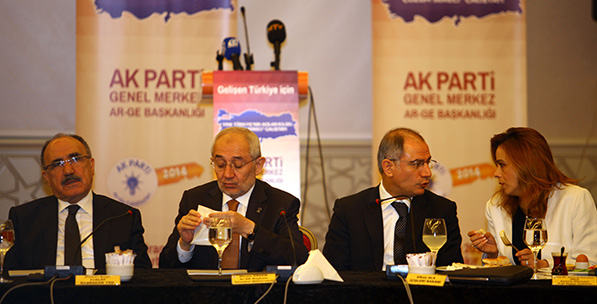 A series of meetings, talks and statements since then, coupled with last weekend's workshop in Diyarbakır, indicate that the talks have either entered or are on the verge of a new stage.

In recent days, a series of developments linked to the Kurdish peace process took place in Southeast Turkey. On one hand, Kurdish families – most of them supporters of the pro-Kurdish Peoples’ Democratic Party (HDP) – have protested in Diyarbakır since May 19 to pressure the outlawed PKK to release their children, who, they claim were forcibly enlisted in the organization. Notwithstanding the accuracy of their accusations, it is noteworthy that the end of violent conflict has empowered Kurdish mothers, who were previously unable to speak up, to demonstrate for the return of their children. While the PKK declined to comment, the HDP’s crisis management has been unsatisfactory as the party’s leadership made a number of insensitive speeches and adopted an overall negative position. On the other hand, the southeast set the stage for negative developments such as PKK-imposed road blocks, the targeting of security forces and the Free Cause Party (Hüda-Par) as well as the promotion of mob violence. In response, Turkish society is experiencing the same concerns that the peace process managed to eliminate for 18 months.

Meanwhile, there are attempts to jump-start dialogue as Deputy Prime Minister Beşir Atalay and Sırrı Süreyya Önder, who met imprisoned PKK leader Abdullah Öcalan, indicated that the peace process was on the brink of a new phase. Both parties emphasize that the recently agreedupon timeline will expedite the process and note that the new roadmap requires politicians, as opposed to bureaucrats, to engage in talks and introduce new laws.

The coexistence of positive and negative signs relates to Turkey’s broader political agenda: Last year’s revolts represented the first sign of a reversal for the peace process. During the protests, Kurdish leader Selahattin Demirtaş said, “The peace process died and came back.” Believing that the protests would continue until the August 2014 presidential vote, the PKK’s operational wing suspended the withdrawal of fighters from Turkish soil, thus synching the pace of progress to the country’s political trajectory.

The AK Party’s landslide victory in the recent March 30 local elections indicated that neither the Gezi Park protests nor the Dec. 17 operations made a significant impact on the government’s popularity and sent a strong message to all parties about the outcome of the upcoming presidential race. The local elections thus fixed the rough patch as the opposition’s attempts to force Prime Minister Recep Tayyip Erdoğan into a corner proved futile. Simply put, the election victory altered the political circumstances that forced the peace process to a halt.

A series of meetings, talks and statements since then, coupled with last weekend’s workshop in Diyarbakır, indicate that the talks have either entered or are on the verge of a new stage. Presuming that the rough year that put the peace process to the test has ended for good, Mr. Erdoğan and his party are now prepared to revive the talks – a plan that Öcalan also seems to support. Recent events in the Southeast and the HDP’s response suggest, however, that the PKK’s operational wing and political advocates still find it difficult to trust the political situation. The differences of opinion between Öcalan and the operational wing remain challenging but all parties will hopefully contribute to peace.