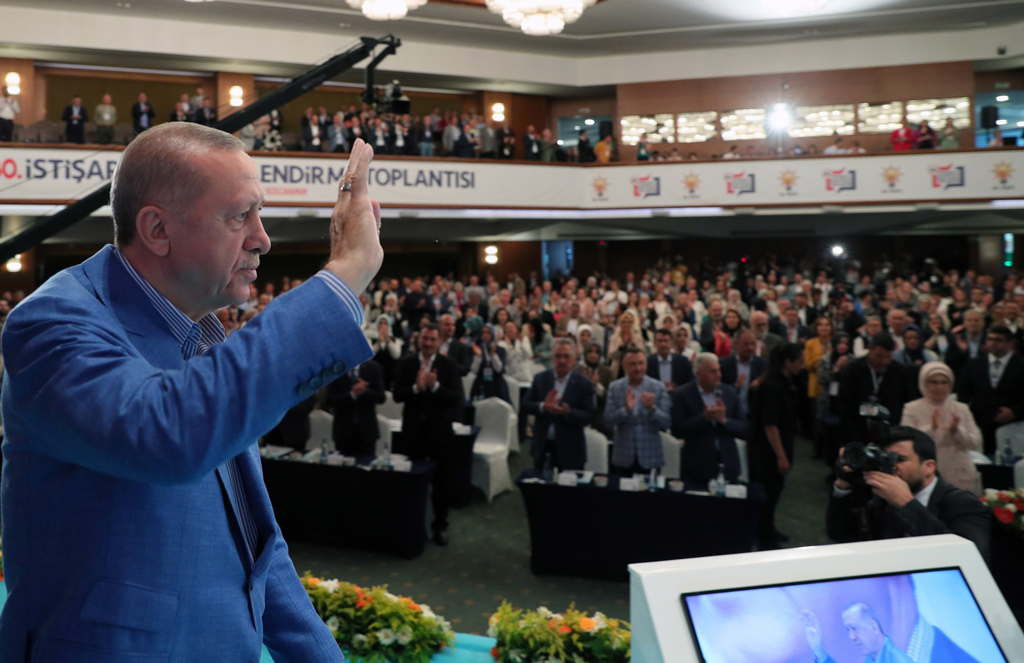 On May 29, the leaders of six opposition parties met for the fourth time and unveiled a list of 'fundamental principles and objectives.' Supporters of the Future Party (GP) and the Democracy and Progress Party (DEVA) attached particular importance to the declaration, portraying the move as the relevant parties agreeing on a common vision – in addition to their previous proposal for an 'augmented' parliamentary system.

Ten is the most popular number in the Turkish political arena right now.

On May 29, the leaders of six opposition parties met for the fourth time and unveiled a list of “fundamental principles and objectives.” Supporters of the Future Party (GP) and the Democracy and Progress Party (DEVA) attached particular importance to the declaration, portraying the move as the relevant parties agreeing on a common vision – in addition to their previous proposal for an “augmented” parliamentary system.

Leaving aside the political tug-of-war, a war of words and accusations, it is possible to say that two issues proved most important: The first being foreign policy and national security, and the second being the gains of Turkey’s conservatives.

In an attempt to find common ground on foreign policy and national security, the opposition’s “table for six” provided a list of goals that the government could say it is already pursuing. That list included “a multidimensional foreign policy,” “defending Turkey’s interests and reputation,” “maximizing the country’s level of activity and respectability,” “protecting the nation’s borders,” and “elevating the defense industry and maximizing the Turkish military’s deterrence.”

Moreover, the declaration opposes the “exploitation of foreign policy for domestic politics” – which is nothing more than a reactionary statement. In truth, the Turkish government creates room for itself by blocking Sweden and Finland’s NATO membership over their support for terrorist groups, pledging to conduct military operations in Tal Rifaat and Manbij, and vocally criticizing Greece’s militarization of the Aegean islands. It goes without saying that the government took those steps in line with the principle of counterterrorism while keeping in mind the impact that the Russian invasion of Ukraine has had on the regional balance of power as well as the situation in Syria. Turkey must prevent the Iranian militias from creating a new refugee wave, the evolution of the YPG Syrian offshoot of the PKK into a state-like entity and the resurgence of Daesh. In other words, it makes no sense to associate that military operation with “electioneering” or “exploiting foreign policy for domestic political gains.”

Critical decisions that relate to national security interests are made with an eye on the regional and global balance of power once the conditions are right, and, if necessary, risking certain tensions.

The opposition’s unhappiness with Turkey’s imminent military operation against the YPG militants relates to its impact on one of their main areas of disagreement. The opposition bloc could experience fresh tensions with the Peoples’ Democracy Party (HDP), which dislikes the current setup of the “table for six” as a result. Indeed, the HDP will accuse those opposition parties of “being no different than the government” if they choose to support the operation. Failure to support it, however, could create a backlash among their own nationalist base. Obviously, the government will launch a severe campaign as well.

Despite their best efforts, it seems impossible for the “table for six” to avoid that concrete and burning dilemma. For example, the CHP and the Good Party (IP) already adopted a nationalist stance toward the Aegean islands, whereas the rest keep mum. Moreover, none of the opposition leaders, who are seated around that table, dare accuse the government of “undermining Turkey’s relationship with the West” over NATO’s expansion. Indeed, the CHP occasionally notes that “Turkey needs NATO” before resorting to anti-imperialism by calling for military bases to be closed and foreign troops to be expelled.

With regard to Turkey’s relations with Syria and Greece, Ankara’s policy toward the Aegean and the Mediterranean, the fight against YPG terrorists and the Kurdish question, it remains extremely difficult for the “table for six” to go beyond certain abstract principles. That, in turn, means that they will be compelled to play defense on those fronts.

The opposition bloc’s declaration also included certain noteworthy messages tailored for Turkey’s conservatives. What does it really mean that the CHP – led by Kılıçdaroğlu, who keeps talking about fighting, threatens the bureaucracy and describes conservative nongovernmental organizations as “parallel structures” in an attempt to clinch his party’s nomination – promises that the ruling Justice and Development Party (AK Party) voters “won’t be harmed by a revanchist attitude and an idea of collective crime” and pledges to “preserve their gains” if it comes to power? What assurances could the GP, DEVA or the Felicity Party (SP) offer to Turkey’s conservatives, who made certain accomplishments regarding the headscarf ban, religious instruction and the representation of local-national values after a lengthy and risky struggle over the last 20 years? How do those parties, who are not even considered legitimate by CHP circles, make the revanchist main opposition party listen to them if it were to come to power? Aside from those points, why should the conservatives – who came to power with Erdoğan and improved Turkey’s global and regional standing – opt for defeat and its (supposedly nonexistent) price instead of winning the election?

The AK Party voters know better than anyone what Erdoğan represents to this nation.

Rising costs and changing positions in Ukraine
Next
Loading...
Loading...
We use cookies to ensure that we give you the best experience on our website. If you continue to use this site we will assume that you are happy with it.Ok