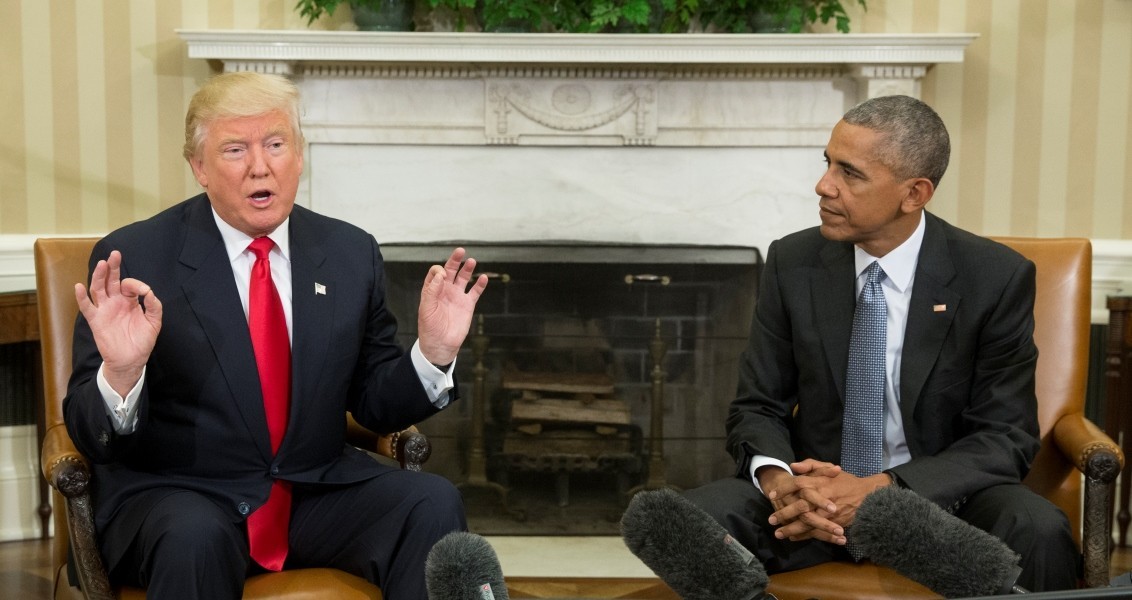 Obama’s Legacy and the Trump Presidency

Trump will focus his time and energy on dismantling Obama's legacy at home and abroad. The question remains whether he, who proved eager to take on the establishment, can overcome the 'institutional' obstacles in his path

U.S. President Barack Obama delivered an emotional farewell speech on Tuesday in an effort to canonize his legacy. His message to the American people was two-fold: On one hand, he stressed the importance of national unity and the peaceful transfer of power. “We will rise or fall as one,” Obama told the electrified crowd in Chicago. At the same time, the outgoing president noted that “democracy can buckle when we give in to fear” – by which he appeared to urge Democrats to remain alert. He also highlighted some of his accomplishments, including the decline in unemployment, healthcare reform, the Iran nuclear deal, normalization with Cuba and the assassination of Osama Bin Laden.

President Obama warned that the post-World War II order faced two challenges: “Violent fanatics who claim to speak for Islam” and “autocrats in foreign capitals who see free markets and open democracies … as a threat to their power” – Daesh and Russian President Vladimir Putin, respectively.

In truth, it is virtually impossible for Obama to protect his “controversial” legacy because, unlike George W. Bush, he wasn’t able to secure support for his actions on both sides of the aisle. To make matters worse, he failed to help Hillary Clinton win the presidential election. In November, the Democrats lost control of the White House, while failing to gain control over the Senate or the House of Representatives.

Instead, Obama focused his time and energy on making life more difficult for the Trump administration by expelling 35 Russian diplomats over cyber-attacks, abstaining on a U.N. resolution condemning Israel and providing weapons to the People’s Protection Units (YPG), the PKK’s Syrian franchise, despite Turkish objections.

Since 2008, President Obama talked like an idealist but ignored Washington’s moral obligations and watched his country’s soft power decline to historic lows. To be clear, he abandoned the Bush administration’s interventionism and appealed to the oppressed by talking about liberty, democracy and governance in Cairo. But when the Arab Spring began, his administration helped bring authoritarian regimes back from the dead and perpetuate several civil wars in the region.

Moreover, the Obama administration adhered to a policy of selective intervention that deepened the crisis in Syria and elsewhere. Having ignored the threat of Daesh until it was too late, the White House helped other groups, such as the YPG and Hashd al-Shaabi, get stronger. In doing so, Obama facilitated Iranian expansionism, which had been on Tehran’s agenda since the 2003 invasion of Iraq. Meanwhile, U.S. allies, including Turkey and Saudi Arabia, ended up questioning the very nature of their relationship with Washington.

Of course, many Americans have their own reasons to consider Obama to be a successful president. But to Middle Easterners, the outgoing president’s legacy looks like a disaster wrapped in shiny silver paper.

Hours after Obama’s farewell speech, U.S. President-elect Donald Trump held a press conference to respond to his critics, who have been questioning his legitimacy. Just before he stepped on the podium, CNN claimed that the Kremlin could blackmail Trump because the Russians possessed sensitive information about the president-elect’s business ties and private life. Conceding the point that Moscow had been involved in cyber-attacks ahead of the presidential election, Trump nonetheless announced that he would try to build a stronger relationship with Russia. “Do you believe that Hillary [Clinton] would be tougher on Putin than me?” he asked. In addition to rejecting CNN’s claims, he claimed that U.S. intelligence agencies could have spread false information about him.

Trump’s press conference established that the president-elect wouldn’t play defense even in the face of the most serious allegations. As a matter of fact, he again claimed that the Obama administration was responsible for the rise of Daesh to distinguish himself from other politicians. It appears that Trump will focus his time and energy on dismantling Obama’s legacy at home and abroad.

The question remains whether Trump, who proved eager to take on the establishment, can overcome the “institutional” obstacles in his path.

Turkey's Venture toward Presidentialism and Its Adversaries
Previous

Challenges of the Transition in the US
Next
Loading...
Loading...
We use cookies to ensure that we give you the best experience on our website. If you continue to use this site we will assume that you are happy with it.Ok