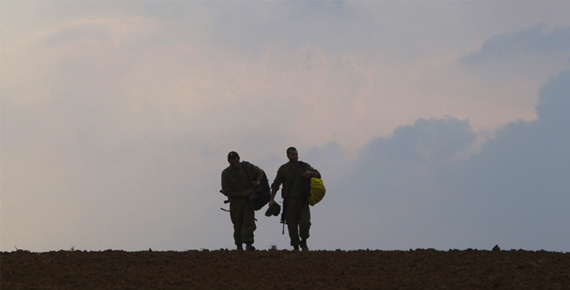 Israel, with its attack on Gaza, has tried the United States. The results of this test show that America is still behind Israel.

There was only one other sound we heard while walking around in Gaza under blockade, than the sound of bombs hitting unpredictable targets: the constant buzzing of the Israeli surveillance drone! An incessant, unchanging, monotone buzzing… Just like Israel’s never-changing political frame of mind, morals and fears. So if you ask what is left behind in Gaza with the cease-fire that came a day after we left Gaza with heavy hearts, the answer is two sounds and one buzzing: the voices of the Gazans who have long passed the threshold of fear, the sound of the new Middle East and the Israeli “buzzing.”

The two sounds and one buzzing continue to be heard in Gaza despite the cease-fire. Israel will not manage to belong to this geography as long as it continues to observe the changes in the region through an invisible but heard mechanism in the sky instead of the streets.

Israel, with its attack on Gaza, has tried the United States. The results of this test show that America is still behind Israel. There is one huge difference. The U.S. now can only take action by persuading the new actors of the Middle East. What does this mean? This means that Israel is bound to be further alienated. This is evident in the cease-fire demand that came from Israel. In the old Middle East, Israel would bomb as long as it deemed appropriate and then it would stop. In the old Middle East, being able to communicate with Israel, having a relationship used to have “value.” In the new Middle East, having a relationship with Israel is a heavy burden. In the new Middle East, Israel is attributing exaggerated meaning to its uncut relations, taking place “via intelligence,” with its neighbor, Egypt, who has been left holding the baggage post Hosni Mubarak regime. The Israeli public diplomacy machine preferred to draw attention away from Gaza with its meaningless and exaggerated comments on the “central role of Egypt.” What the Israeli public diplomacy machine needed to focus on was that Hamas, which has carried its political bureau from Damascus to Cairo, and Gaza had the support of the entire region including Turkey. Israel’s announcement, “we made the truce with Egypt, not Hamas and the responsibility belongs to Egypt” is nothing but tragic. As Israel well knows behind closed doors, Hamas thinks it has made truce, not with Israel, but with the United States.

As long as the occupation of Palestine continues, the events will only change location on the calendar. The political déjà vu caused by Israel will only continue. For Israel to have any meaning in the new Middle East, other than an incessant buzzing, will only be possible if it takes serious steps regarding the occupation. By the way, when it comes to Israeli buzz, what had U.S. President Barack Obama said when asked about Israeli Prime Minister Benjamin Netanyahu before the elections, that “he is just a noise”?

Note: Our symposium will be held in English and Arabic, simultaneous translation will be provided.