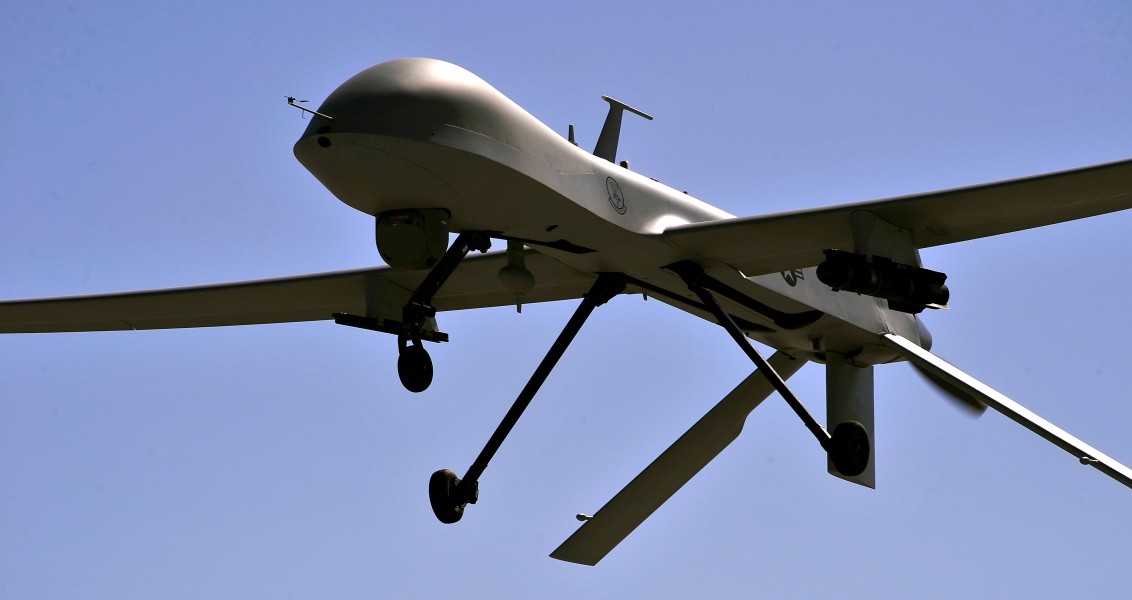 From Obama to Trump: How Similar Will Their Drone Policies Be?

Despite declaring himself on many occasions as the best anti-Obama figure, Trump unfortunately seems to maintain the brutal drone policies that were aimed at killing innocent people and adopted by Obama during his term in office

The drone program is considered the main legacy of former American President Barack Obama’s administration after his eight-year presidency. In his last week as president of the U.S., he took two important, but not surprising, steps in this regard. Firstly, Obama made a legal move to prevent a federal judge from unveiling information regarding Obama’s drone killing program, keeping the country in the dark about the reality behind the drone strikes. Secondly, the Obama administration urged the publication of a report providing information about the number of targeted and killed civilians in 2016. Being the second report published (the first one was published last year and included the period from 2009 to 2015), without much detail, it states that in 2016 there were 53 drone strikes conducted during which only one civilian was killed. Those numbers contradict with figures human rights organizations present. According to them, there were an estimated 200 to 1,000 civilian casualties from the drone strikes.

Obama constantly reiterated that they are creating a legal infrastructure for the use of drone strikes. Nevertheless, it is accepted that in terms of the drone program, Obama expanded the power of the executive branch, leaving pit Congress. Moreover, he used the Authorization for Use of Military Force (AUMF) act broadly, creating legal gaps. As a result, no legal limits were drawn and the precedents that Obama has set are disturbing when considering the fact that a new administration has come in.

Current President Donald Trump, labeled unpredictable, pragmatic and reckless, has just become the 45th president of the U.S. The question that arises here is: What will Trump do with the drone program? At least for the moment, taking in consideration drone proliferation, the answer to that seems to be quite clear: Trump will continue to use the drone strikes. Indeed, the first drone strike under the Trump administration occurred only two days after his inauguration. Similarly Obama approved the first strike three days after he became president. Whether Trump will be more aggressive and use drones more extensively than Obama did remains to be seen.

Trump has strongly stated that he intends to be more interventionist than Obama, but at the same time it is clear that he is not willing to use large amounts of money to fight against his enemies. Drones seem to be the perfect tool for that. Moreover, the new president of the U.S. has overtly accepted that he is going to use drones for surveillance on the Canadian and Mexican borders. When it comes to the drone strikes, Trump stated that he will continue to use them, but he did not want to give any details, as he wanted to be unpredictable. At this point, it is worth reminding you that Trump has explicitly stated that he aims to “bomb the hell out of ISIS [Daesh],” and that as a way to discourage the terrorist group he will kill their families for as long as a terrorist does not care about his life. From such a statement it can be asserted that the Trump administration, like Obama, will not consider the legal hurdles. Besides, with the legal facilities that Trump inherits from the Obama administration, aiming at terrorists and their families in drone strikes would not be a surprise at all.

While the weapon remains the same, what will differ between these two administrations is going to be the rhetoric used to rationalize the drone strikes. The Obama administration mainly focused on terrorism and the imminent threat that the terrorists pose to national security. On the other side, Trump – as he emphasized even in his inauguration speech – considers “radical Islamism” as the main threat to national security. Michael Flynn, the national security advisor to Trump (who has been a critic of Obama’s drone program), asserted that Islamism is a vicious cancer that has to be excised. A few years earlier, John Brennan, the director of the CIA and a former advisor to Obama, used similar discourse. He called terrorism a cancerous tumor that needs to be eliminated. According to Brennan, drones were the most efficient weapon for that. A similar rationale will most probably be used by the Trump administration as well to legalize drone strikes against the “radical Islamists.”

Lastly, considering that Trumps follows in Obama’s footsteps of, the reaction by Americans to the drone policy is important as well. Those opposing Obama’s drone strikes were only a few and barely heard. When it comes to the Trump administration, the polarization of American society will be reflected in their support and opposition to the drone policies. Some Americans will continue to support the drone strikes, as they do not seem to be concerned with the legal basis of the drone program as long as they perceive their national security to be threatened by “radical Islamism.” Nevertheless, the number of those opposing the strikes will increase and this will result in more pressure on the Trump administration. Besides remaining silent (as Obama did most of the time), using the legal loopholes created by the Obama administration as a way of legitimizing his policies will help Trump to respond to his critics. However, in general it can be said that the vivid criticism and opposition toward the administration’s drone policies will continue due to the American public’s questioning of the legitimacy of the Trump administration.

To conclude, even though Obama and Trump are perceived as two opposite extremes, the drone policies will be a common feature for both of them. The only difference will be the reaction of the American people toward the drone strikes that kill innocents.

The Executive Presidency and Turkey's Future
Next
Loading...
Loading...
We use cookies to ensure that we give you the best experience on our website. If you continue to use this site we will assume that you are happy with it.Ok