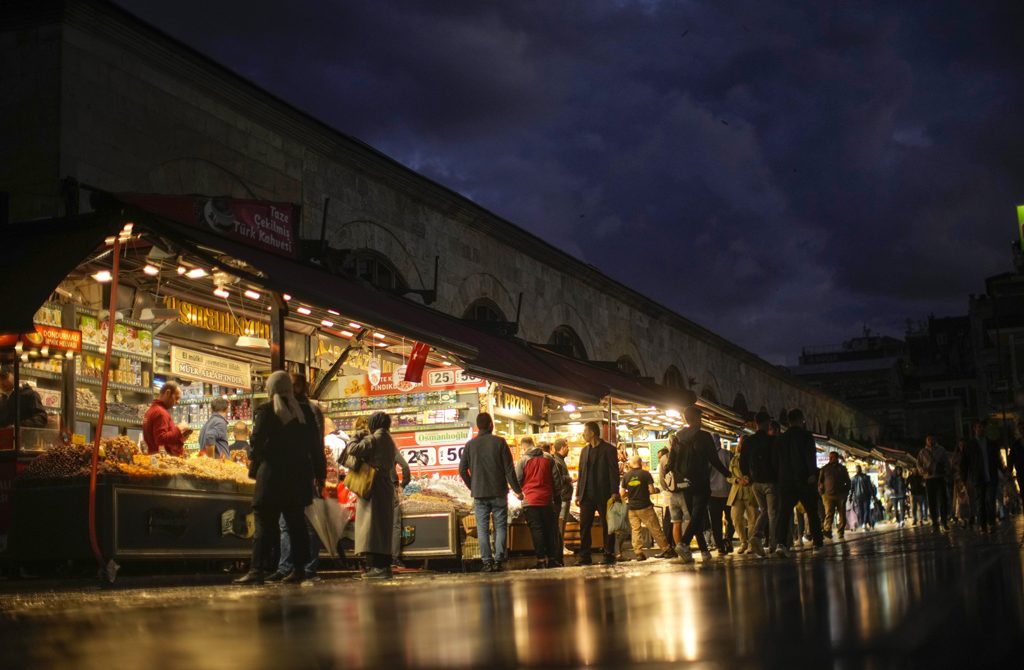 The main opposition Republican People’s Party (CHP) Chairperson Kemal Kılıçdaroğlu is almost done paving the way for his candidacy. The main opposition leader, who urged his own party’s members to “stay out of my way” on April 26, recently asked them whether they were “really with me.” The mayors of Istanbul and Ankara, Ekrem Imamoğlu and Mansur Yavaş, – both presidential hopefuls – thus announced that they were on Kılıçdaroğlu’s side. That is how the CHP chairperson kicked off the final stage of his plan to impose himself as the opposition bloc’s joint presidential candidate ahead of the next meeting of the “table for six” on Oct. 2 and amid a war of words between the coalition’s two other members over who shall be prime minister.

Is it still possible for Kılıçdaroğlu to ask the opposition bloc to endorse another CHP politician’s presidential bid? Yes – even though that is highly unlikely.

If, however, Kılıçdaroğlu ends up not being offered to the “table for six” as the main opposition party’s candidate, that would be a great source of rhetorical ammunition for the ruling People’s Alliance on the campaign trail. In that case, it won’t be possible for the opposition to explain why Kılıçdaroğlu could not clinch the nomination after trying so hard over the last year. At the same time, the CHP and its supporters will have been humiliated by the right-wing parties if their chairperson’s candidacy is not accepted by the remaining leaders.

Provided that so many pro-opposition pollsters insist that the opposition could win next year’s election, one cannot account for the main opposition leader’s failure to run for president by saying that he “mastered his ego.”

It was noteworthy that Kılıçdaroğlu used particularly strong words to target the government as he warned his own party to “stay out of his way” and “side with me.” The first time, he referred to the ruling party as “those who sold off the motherland.” The second time, he called them “enemies of the people.”

That language may have been intended to consolidate the CHP base, but it is nonetheless excessively strong. It is also possible that Kılıçdaroğlu wants to prove that he can use the strongest language among all the potential challengers of President Recep Tayyip Erdoğan.

Those insults, which accompany the CHP chairperson’s discourse of “making amends,” signal how fiercely contested the campaign will be.

The top item on Kılıçdaroğlu’s agenda is to bring the “table for six” together at the opposition bloc’s Oct. 2 meeting, as he experiences the difficulty of forming a preelection coalition, whose various components try to make themselves heard.

Meanwhile, Erdoğan made a difference on a global scale in recent months thanks to his mind-blowing diplomatic efforts related to the Ukraine war. The grain deal and the prisoner exchange immediately come to mind. That performance enables Erdoğan to identify himself as a “leader that charts the course of world politics.” At the same time, his accomplishments create an opportunity for the government to further consolidate popular support for its foreign and national security policy ahead of next year’s elections.

There is no politician in the opposition that could counterbalance that great advantage which Erdoğan enjoys. The opposition has no candidate nor discourse that represents a viable alternative to the incumbent when it comes to foreign policy and national security.

The pro-opposition commentators, who insist that the opposition must declare victory in the first round, do not have to think long and hard about the opposition bloc’s lack of focus or the challenge of bringing together the Peoples’ Democratic Party (HDP) and the Good Party (IP).

Right now, Kılıçdaroğlu is a great asset for the People’s Alliance – whether he runs or not. At the same time, Erdoğan has already kicked off his reelection campaign, building on his leadership and success on the diplomatic front.

Erdoğan’s historical visits to Samarkand and New York
Next
Loading...
Loading...
We use cookies to ensure that we give you the best experience on our website. If you continue to use this site we will assume that you are happy with it.Ok