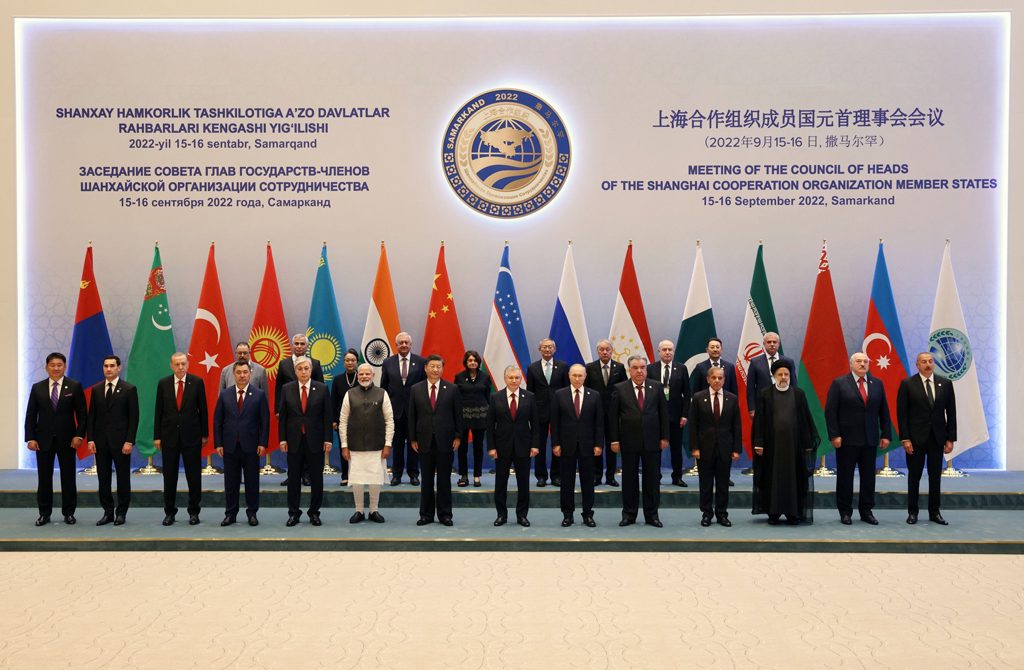 President Recep Tayyip Erdoğan made two historical visits in the second half of September.

The Samarkand Summit was different from the previous SCO summits as it had a comprehensive schedule and the participants discussed many issues. Forty-four different documents, including strategic ones, were signed.

In other words, the SCO has expanded its area of interest. It mainly started as a security organization, but later it covered many economic issues in various areas such as trade, development, infrastructure, diseases and climate change. The platform has begun to offer solutions not only to the problems of the member states but also to the systemic problems.

The participation was relatively high. Besides leaders or senior representatives of 20 countries, coming from full members, observer members or dialogue partners, heads of more than 10 international organizations attended the summit. This is an indication of the increasing effectiveness and relevance of the organizations.

Naturally, Türkiye does not want to miss the opportunity of improving its relations with a rising institution. On the one hand, Türkiye sees improving its relations with the non-Western political leaders, including the SCO, as a way out of the Western encirclement. The more the West alienates Türkiye, the more it will look for exit strategies. On the other hand, many regional countries have been trying to be part of SCO after Pakistan, India, Iran and Belarus have become full members of the organization.

For now, it has 10 full members, two observer states, and 14 dialogue partners. Most Asian and Middle East countries are in line to become observer states or dialogue partners. Some of these states such as Iran and Armenia, have conflictual relations with Türkiye. Therefore, Türkiye does not want to be left behind. It does not want this platform to be used against its national interests.

Given the otherization of the West, Erdoğan has pointed out that Türkiye is determined to improve its relations with the SCO and its members. Although it seems quite tricky, he has even stated that Türkiye may consider the full membership of the organization.

President Erdoğan initiated a tradition of delivering speeches at the U.N. General Assembly, providing a platform for the Turkish leader to share his views with the world.

In his speech, President Erdoğan emphasized two general issues. On the one hand, he asked for the transformation of the world system. He underlined the necessity of restructuring the U.N. system in order to make it more inclusive and, therefore, more effective. He asked the leading countries to cooperate on global issues to find “fair” solutions.

On the other hand, he raised regional and national issues. He called the Western countries and the global institutions to stop the Greek atrocities in the Eastern Mediterranean.

During his five-day stay in New York, President Erdoğan, who was the center of attention, has met with many presidents, prime ministers and heads of international organizations. One more time, it became clear that despite the attempts of some Western countries, Türkiye and its leader is not isolated. On the contrary, many leaders, including the Western ones, met with President Erdoğan with the expectation of improving their relations with Türkiye.

Türkiye is an effective actor in the international system. Whether they like it or not, no state can ignore Türkiye’s role, especially in recent crises.

Several inferences can be drawn regarding Erdoğan’s last two visits. Firstly, the visits and the sideline meetings during these two summits have demonstrated Türkiye’s determination to follow an independent, diversified and global-scale foreign policy. Türkiye, alienated and sidelined by the West, continues to diversify its relations and expand its outreach.

Secondly, despite the otherization and alienation attempts, Türkiye is still at the center of international diplomacy. It has maintained good relations with different Eastern and Western countries. Moreover, Türkiye and its President Erdoğan have taken effective initiatives in international crises. For instance, the world hailed Türkiye’s role in the Ukraine-Russia war.

Türkiye first mediated between the warring sides to open the grain corridor and export grain to the countries in need. Then, it mediated to exchange of prisoners of war (POWs). That is, despite all smear campaigns and obstacles, Türkiye has been clearly contributing to international peace and stability.

Thirdly, the visits have shown that some of the “official allies” of Türkiye, such as the United States and France, continue to maintain their anti-Türkiye stance. The U.S. and some Western countries still do not want to accept Türkiye’s new role in international politics. For example, U.S. President Joe Biden did not meet with President Erdoğan and did not refer to Türkiye while explaining the developments in the Ukraine conflict.

However, the Turkish side did not pay much attention to this negative stance. Erdoğan has met with dozens of leaders at the Turkevi Center (the Turkish House) in Manhattan across from the U.N. headquarters. Furthermore, it was interesting when Erdoğan was asked whether he would meet with Biden or not, he replied: “He is Biden, I am Erdoğan.” So he would not try to meet with Biden.

Lastly, the two summits have also shown that the transition in the world system has accelerated. Due to the increasingly unilateral policies of the Western countries and their dissatisfaction with the international system, non-Western countries no longer trust Western countries. Even the traditional Western allies have begun to search for new allies or partners.

Türkiye is also one of the countries trying to improve its relations with the non-Western states. Considering heavy armament on the Greek islands in the Aegean Sea with the U.S.’ support and lifting the arms embargo against the Greek Cypriots, Türkiye has to depend on its resources rather than the NATO alliance.

Mitsotakis' double game and the growing danger
Next
Loading...
Loading...
We use cookies to ensure that we give you the best experience on our website. If you continue to use this site we will assume that you are happy with it.Ok