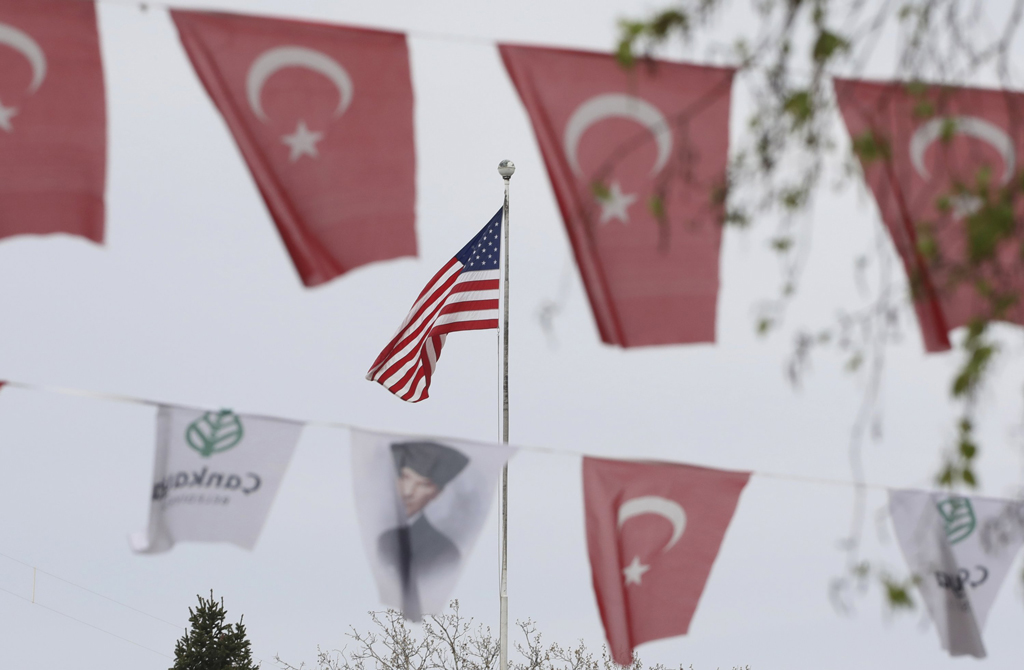 The statement of U.S. President Joe Biden last Saturday in regards to the 1915 events has generated more tension in bilateral relations between Turkey and the United States. For years now, the issue has been a fault line between the two nations.

The statement of U.S. President Joe Biden last Saturday in regards to the 1915 events has generated more tension in bilateral relations between Turkey and the United States. For years now, the issue has been a fault line between the two nations. Especially after the 1990s, resolutions have been introduced almost every year by members of Congress to recognize the 1915 events as “genocide.” Every year these resolutions created short-term tension in relations. In most circumstances, the resolutions were halted at the request of the administrations. In 2019, in the midst of Turkey’s operations in Syria against the PKK terrorist group’s Syria affiliate, the YPG, the resolutions concerning this issue were introduced and quickly passed from both chambers of Congress. Now, two years later, Biden’s statement has created new friction in bilateral ties. His statement generated a major reaction in Turkey. The issue has been a sensitive topic for Turkish people for many years now. In addition to the public reaction, members of Parliament representing different political parties made a joint declaration denouncing the statement. The members of the Turkish administration also expressed their dismay about the decision. It is clear that this will be another source of public frustration and anger in Turkey toward the U.S. It will not come as a surprise if there is an increase in anti-American sentiment following the statement.

A day before the statement was made, President Recep Tayyip Erdogan spoke over the phone with Biden. This was the first phone call between the two presidents since Biden’s electoral victory in November 2020. The readouts were fairly short but state the matters clearly. There is no question that relations between the two countries are going through one of the most challenging periods in their history. There are a number of issues that have contributed to this crisis atmosphere. As time passes, these issues have generated a major crisis of confidence in the countries’ relationship. The readouts released from the offices of the two presidents revealed that both sides are aware of the problems. Both sides also recognize that there are potential areas of cooperation that can serve the common interests of both countries. The readouts also announced that the two presidents agreed to meet at the NATO summit in June to talk about bilateral and regional issues.

The June meeting will be critical for the future of bilateral relations. It is true that for the last several years political observers and commentators have called each and every summit critical for relations between the two nations. The meetings took place at critical junctures in bilateral ties. However, since then relations have continued to deteriorate. There were critical problems that could not be resolved. Despite the protests and oppositions of Turkey, the U.S. continued to support the YPG. Despite calls from Turkey to resolve the issue through dialogue and working groups, the U.S. administration adopted sanctions on Turkey over its purchase of S-400 missiles. The steps taken to exclude Turkey from the F-35 program and Biden’s statement last Saturday have only contributed to these problems. The June summit can be a venue for the two presidents to agree on a potential path to rescue relations from the turbulence of the last decade. Until then, the diplomatic groundwork of the summit will be done by the foreign policy teams of the two countries. For an effective meeting, it is important that the Biden administration understands the challenges, some of which were inherited from the Obama presidency when Biden was serving as vice president.

US' unilateral actions against Turkey source of problem
Next
Loading...
Loading...
We use cookies to ensure that we give you the best experience on our website. If you continue to use this site we will assume that you are happy with it.Ok