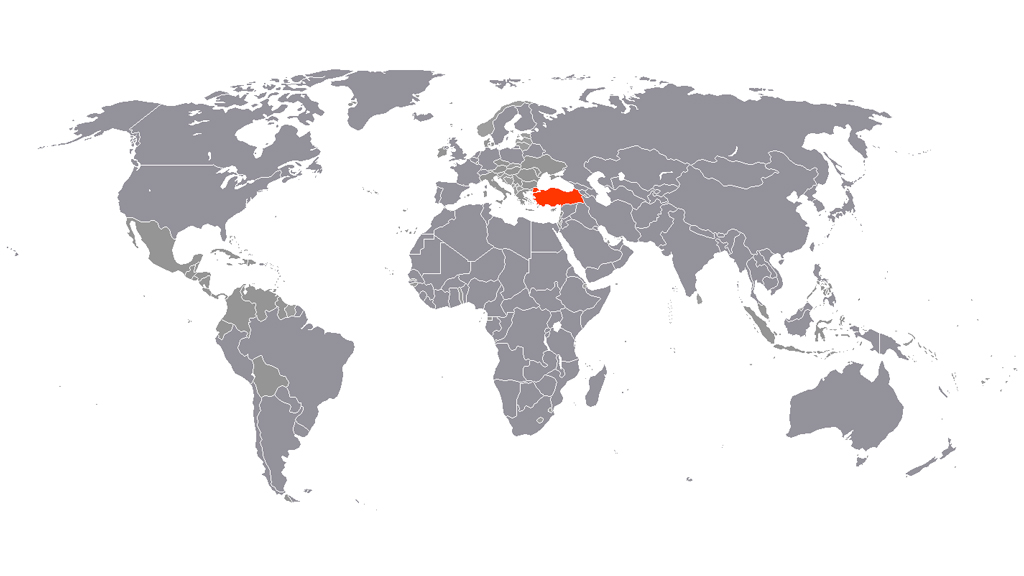 Consolidation of Turkey’s autonomy in 2020

2020 was really an interesting year. It has influenced almost every aspect of life, including international politics. Overall, 2020 has caused vital damage to all states; no state escaped from its detrimental effects.

2020 was really an interesting year. It has influenced almost every aspect of life, including international politics. Overall, 2020 has caused vital damage to all states; no state escaped from its detrimental effects.

Despite its negative impact on the economy, Turkey emerged relatively as one of the most successful countries in the struggle against the pandemic. Furthermore, Turkey has taken some important steps in its foreign policy.

It is generally accepted that the COVID-19 pandemic and the American presidential elections are the two most important global developments of the year.

The pandemic was the most significant development of the year. It has threatened the security of all states, rich and poor, advanced or underdeveloped, Western or non-Western.

It has shown that unconventional threats such as health and environmental issues have begun to threaten the national security of states.

Although the realist classification of high politics and low politics was proven wrong and cooperation was needed in the struggle against common threats such as the pandemic, power politics and conflictual relations continued dominating world politics.

The second most important development of 2020 was the American presidential elections on Nov. 3. Ultranationalist Donald Trump lost the election to the Democratic candidate Joe Biden. The failure of the Trump administration in the struggle against the pandemic was among the leading reasons behind Trump’s failure in the elections.

After the election results, President-elect Biden promised the American people the U.S. would return to its traditional global policy.

Biden is determined to end the unilateral policies of the Trump administration and prioritize multilateral international platforms. Many countries, especially those in the Middle East, have begun preparing for the new U.S. administration.

For Turkey, 2020 was a year of consolidation for its state capacity, rising autonomy in foreign policy and increasing effectiveness in international politics.

Throughout the year, Turkey has taken several significant initiatives in its foreign policy. Decisions and moves in foreign policy have shown Turkey’s determination and deterrence.

Especially developments in the defense industry yielded remarkable results. Turkey has successfully filled the power vacuum left by some global and regional countries.

Besides, it followed a cooperative policy during the pandemic and provided humanitarian and health aid for more than 160 countries and international actors, including the U.S. and other Western countries.

Second, Turkey has demonstrated its deterrent power in the Eastern Mediterranean region and broke the anti-Turkey containment efforts. The country has shown the world that it will continue to protect the national interests of Turkey and the Turkish Cypriots.

Turkey has sent several drillships guarded by naval warships to the region to explore for natural gas.

Third, Turkey has intervened militarily in Libya and has prevented putschist Gen. Khalifa Haftar and his allies from invading the capital Tripoli.

Turkey has opposed many regional and global powers in the crisis and maintained the U.N.-recognized Government of National Accord (GNA) as the main actor in Libya.

After securing the GNA, Turkey began to help restructure state institutions, including the construction of the security sector in Libya.

Fourth, Turkey has greatly contributed to the victory of Azerbaijan in the second Karabakh war, helping Azerbaijan liberate its territories from a 30-year Armenian occupation.

Turkey has provided strategic weapons, such as armed unmanned aerial vehicles (UAVs) to Azerbaijan which changed the balance of weapons in favor of Baku. Turkey has proved itself as a significant regional actor in the South Caucasus.

Fifth, Turkey has discovered a significant amount of natural gas reserves in the Black Sea. It will decrease Turkey’s foreign dependence on energy and will contribute greatly to economic growth. The exploration of natural gas has shown the research capacity of Turkey.

All in all, the year 2020 has been difficult for almost all countries in the world. While some countries were affected severely, some others were influenced less in comparison.

However, Turkey has taken significant steps to consolidate autonomy in its foreign policy. Turkey’s successful intervention into regional crises like Syria, Libya and Karabakh has proved Turkey’s deterrent power.

What does Erdoğan's answer to Putin say to Biden?
Previous

2020: A year of crisis for US, China and WHO
Next
Loading...
Loading...
We use cookies to ensure that we give you the best experience on our website. If you continue to use this site we will assume that you are happy with it.Ok